There has been a lot of rhetoric about social investment, but which of us in the non-profit world is truly equipped to brave the journey? Dan Gregory embarks on a process of elimination

In this foggy Brexit hinterland, the roads are paved with uncertainty. The rules of finance at the macro level, for instance, haven’t been so uncertain for well over a decade. We don’t know whether Brexit bumps will usher in a new, even harsher era of austerity and potholes, or whether Osborne’s ejection out of the Treasury back door opens up room for May and Hammond to change the gears of public spending to help us get over the hills ahead.

As a former civil servant, I did learn one thing about government finances that does seem to be forever. Government departments, under direction from the Treasury, have to account for spending in terms of revenue or capital.

Revenue spending is day-to-day expenditure on paper clips, nurses, photocopiers and teachers, for instance. On the other hand, when spending leads to the creation of a significant asset which lasts longer than a year – defibrillators, solar panels, school desks and traffic lights, for example – it counts as capital.

But charities are a different breed.

In the private sector, at a more micro level, this distinction between capital and revenue is obvious. Businesses incur costs when they produce the goods or services they sell to generate income. This is the day-to-day revenue side of things, which makes up the income and expenditure account, or the P&L. But businesses can also borrow money or sell shares which need to be paid back through repayments or dividends. This is the capital side of things which some businesses delve into to invest in new machinery, new staff, to generate efficiencies or grow.

Businesses know that it only really makes sense to dabble on the capital side of things, borrowing or selling shares, if you can use this investment to earn more income or reduce expenditure over the long-term.

But in the charity sector, among social enterprises, voluntary groups and community organisations, this distinction between capital and revenue isn’t always so clear. Unlike other businesses, most charities don’t dabble in debt and shan’t shoulder shareholders. Unlike public bodies, there’s no obligation to report this stuff to the mandarins at the Treasury. A grant is a grant and a gift is a gift, and charities are often free to spend this money on revenue or capital, on paper clips which soon get lost, or solar panels which last for decades.

This is where much of the confusion around social investment has its roots. If, in the social sector, we made a clearer distinction between capital, investment and finance on one hand, and revenue, income and funding on the other, we may not be quite so confused about social investment.

The truth is that social investment is of interest to only a very small proportion of charities and social enterprises. Most of the time it only makes sense for trading charities or those delivering significant contracts, including public service contracts. Yet fuzzy language and fuzzy thinking has led us down a different road. Follow the signposts…  Will you ever need capital to buy a property, invest in IT, or take on new staff before you have income to pay for them? Or will your model always be as simple and hand-to-mouth as spending what you receive each year as best you can? If the latter, then investment is not going to be for you.

So you might want capital, but can you afford it?

Despite more than a decade of policy rhetoric around the idea of social investment, it’s still not clear to everyone in the social sector that social investment has come to mean money you have to pay back. It wasn’t always like this – which explains the sometimes confusion. Some people had previously used the term social investment in other ways, as a kind of fancy word for grant-making, or government spending on Sure Starts centres and social services. But you won’t get far asking for a grant from a social investor these days.

Perhaps you knew that, right? But not everyone has been reading the signs quite so carefully. If you missed the last exit, then turn off here.

So maybe you do want capital and you can imagine repaying it. But maybe you’re committed to a not-for-profit model, which means no dividends paid out to shareholders? Let’s be honest, most of the not-for-profit sector is, well, not-for-profit distributing. Community shares models – which work a treat for community-owned pubs and shops and increasingly for other models from lidos to farms to people’s piers – have had fantastic success in recent years. They can give local people literal ownership of local assets. But if you’re a charity or a CIC limited by guarantee, and not a co-operative or a CIC limited by shares, then shares are probably not for you.

Ask yourself: How do you rate credit?

Do you think debt is the devil’s work, at the heart of the recent financial crisis? Are your trustees unwilling to sign up to idea of borrowing money and taking on this liability, for your organisation or even making personal guarantees? Then while you may be desperate for capital to invest, to grow and to make a greater difference to the people you serve, then you’re just going to have to keep submitting those applications for capital grants. This is not the road for you.

But maybe you are up for a loan? Maybe you want to buy a property? Maybe that’s a cheaper alternative to renting a building? Well here’s the thing (and it’s something which people in social investment don’t always make very clear): there is somewhere you can go already, and a product tailor-made just for you. That place is called a bank, and that product is called a mortgage. That’s the stop you need, and helpfully there are still a few on every high street – as well as the likes of Triodos, Charity Bank, Unity Trust and Ecology, who don’t have branches but may have a better grasp of where you’re coming from as organisations with a social mission.

Are you still with us?

There can’t be many of you left by now, right? So you do want capital, you’re happy to pay it back, but it’s not for a property. Well, there’s somewhere else you might try, which is where lots of businesses go: friends, family and fools. Try that rich uncle you send a Christmas card to every year; try crowdfunding; try speaking to a larger charity or business you’re on good terms with, try asking the commissioner for the first payment in advance; try factoring; try an overdraft; try philanthropists and donors who might even have heard of a new tax break called SITR which could sweeten the deal for them. Try it. They might like it.

Who’s left? Perhaps one or two of you who have been swept along this journey by the endless press articles, ministerial speeches and exciting talk about Social Impact Bonds (SIBs), right? Surely that’s the answer for some of us? Yes, you’re right, they could be interesting. But – and there’s a few buts here, which are so often glossed over – SIBs only really make sense in very specific circumstances, which are probably not yours. They’re costly. They take months or years to set up. You might have to go through a competitive tender, which you might not win. No one really knows if they even really make much sense – it’s a bit too early to say.

Oh, and most importantly from your perspective, they’re not investment anyway.

While investors are involved, for you they will feel like contracts or grants to deliver that stuff you do. That might be what you want. But it’s revenue, income or funding – not investment, capital or finance. Keep on keeping on.

For those social enterprises, voluntary groups, charities and community organisations still interested, well, social investment as described by the government and the likes of Big Society Capital may be perfect for you. It might be pricey, it might be risky, it might take a long time and lots of work but maybe, it could be just what you need. Go and have a chat with a SIFI – a social investment finance intermediary like Big Issue Invest or Resonance and see what they have to say. They’re good people and they do their best to help.

If you’ve got this far through the landscape, then maybe social investment is the destination you’re seeking. Good luck on your travels. 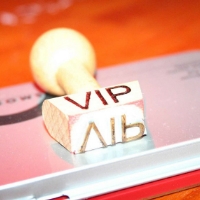 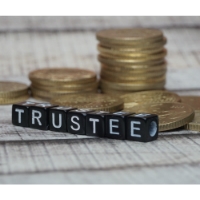 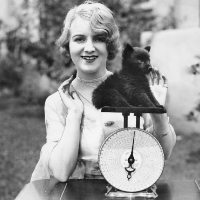 How to achieve fundraising success in a small charity