Should you be working for a big or small charity in 2019?

Should you be working for a big or small charity in 2019?

Does size matter? It’s a question we’re certainly not the first to tackle - if that’s the word – but what kind of charities offer the most rewarding careers in fundraising? The bigger the better? Or do the best things really come in small packages?

As specialist recruiters we work with charities of all sizes, helping fundraisers find those best aligned with their priorities. For some, the environment or location will be more important than progression, for others career development may be paramount, and for many of course, the cause in question will be top of the list.

Sometimes only one type of charity will do, but more often there are larger and smaller options, each with respective advantages. So, which should you choose?

To help you decide, I’ve drawn on the experience of our specialists in each fundraising income stream and key sector contacts, to weigh up the benefits and drawbacks.

Should your next move be little or large?

Appropriately enough there’s no one-size-fits-all answer, but where we’d suggest you go next will generally depend on:

If it’s your first charity job, the best place for your baby steps may be the biggest organisations.

That might sound counter-intuitive but as with any new job, there’ll be downtime while you’re learning the ropes when you won’t be fully productive. You’ll also need training, and someone with the time and resources to deliver it.

All of these are costs, which are often too high for small charities operating on little more than Hobnobs and hope; while their larger counterparts may have extensive support for new starters in place.

Now Hospice UK’s head of corporate development, Ali Orr, began her charity career at Cancer Research UK and found that “working in such a large organisation was a fantastic way to understand the basics of fundraising and really helped me grow and develop my skills. There was such a large support base behind me and everything I could have needed, from simple things such as Thank You letter templates to a stream of new fundraising products to test, ready and waiting, giving me the tools I needed to raise money straight away.”

Specialising too soon may limit your options later – for example after six solid years when you see the perfect DM job, but the candidates you’re competing with have four years in DM and two in other fields. Many employers will favour your competitors for their more varied, well-rounded experience in fundraising. And the same of course applies should you change your mind and want to branch out later.

So, it’s worth trying different things: don’t put yourself in a pigeon-hole unless you’re prepared for the possibility of living there permanently. Like beanbags, debt, and conversations with people who’ve taken up CrossFit, they’re easier to get into than out of, and best avoided if possible.

Smaller charities are superb for broadening your experience: from a large department you might now be a DM team of one, or it may just be part of your role.

Even if you don’t officially work on other income streams, in a small fundraising team you’ll need to help each other out, which could mean events, community projects, partnerships with local businesses and more.

With few support staff you’ll likely do more than just fundraising, which could mean admin, marketing, media relations, procurement (somebody’s got to buy the teabags) or even catering and hospitality, because those cakes for your big event won’t bake themselves.

A challenge for sure, but a great way to develop, discovering skills you didn’t know you had, and setting you up for the future, as community and events manager Beth Norden of St Mungo’s told us of a previous role: “Going from a large to a small charity forced me to not only understand, but develop and use practical skills in multiple forms of fundraising. This strengthened my knowledge, built stronger team trust, and I can use these skills throughout my career.”

By now you’re perhaps looking for your third or fourth fundraising job and having worked for both larger and smaller charities you’ve got the experience to go in either direction.

At this stage it may come down to your long-term goals: if you’re aspiring to a directorship with a top ten charity, you’ll need to start boosting the big-name experience on your CV.

But it may just come down to the environment you prefer, as there are advantages (and drawbacks) to both. Here are a few that we haven’t yet covered:

In favour of smaller charities

Ali Orr made the move from Cancer Research UK (c.4,000 employees) to Hospice UK (c.60) and explains: “Moving to a smaller charity has given me the opportunity to try new things with more autonomy. I love being able to grab my director for a quick chat whenever I need to, or bumping into our CEO on the stairs and having a relationship past a first name basis. I chose a smaller charity as I wanted the chance to explore fundraising initiatives, develop my own team and strategy and ultimately my career. It does mean the support is a lot smaller, but there’s something quite satisfying about getting to start your Thank You letter templates from scratch!”

In favour of larger charities

However, you’ll have more resources to call on in your fundraising efforts, and often on a larger scale: partnering with a major corporation for example, or a national TV advertising campaign, experience you’re unlikely to gain locally.

Things are more evenly matched when it comes to things like flexible working and staff benefits. Both large and small charities tend to score highly, but large-scale events and the social side of bigger organisations may give them an edge, depending on your preference.

As for salaries; the annual Harris Hill Salary Survey covers large and small charities in detail, and while the largest appear to pay more on average, the full picture is rather more complex. Most of the disparity is at senior levels, based on remits and scope, but there’s often little difference at the junior end. There are certainly big names who offer small starting salaries, knowing the brand alone will bring in new faces, while small organisations may need to pay more to attract new staff.

Most of the fundraisers we work with move between both large and small organisations several times in their career, and it’s a good strategy.

The strongest CVs have a balance of both, and the breadth of experience you’ll gain will give you the option to move in either direction, as Ali confirms: “I’m not sure where my career will end up in the future but I have found it incredibly beneficial to have worked at both large and small charities and don’t think I would be in my position today without that experience.”

Meanwhile if you’re switching charity sizes, be sure to read the job description in detail. Your title may be familiar, but the remit may differ significantly, so know what you’re in for and be wary of assumptions. Don’t let the bright lights of a big brand blind you to what’s actually a more limited role, for example, or dismiss a superb opportunity on account of a name that you’ve never heard of.

And if you’re not sure where to go next, consider where you eventually want to be, and what’s missing from your CV to get there. The chances are that’s your answer.

Inevitably we’ve had to make some generalisations here, and for every distinction we’ve mentioned there are charities bucking the trend. But both large and small charities can offer superb career opportunities, and the best advice we can give is to make the most of them however you can. Plenty of factors can make a great employer, so a charity’s size isn’t everything. Believe it or not, it really is what you do with it that counts. 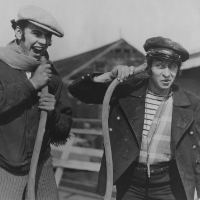 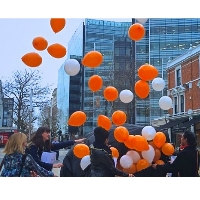 How Advance inspired confidence with a rebrand 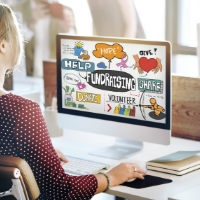