Sound is the most emotionally influential of the five senses. By understanding the crucial role sound plays in your communications, you can harness its power to maximise supporter engagement

For your charity’s message to be heard, you’re going to need to make some noise. We’re all familiar with the sound of coins being rattled in a charity collection bucket; it used to be par for the course, but is now deemed to be an annoyance. How many prospective donors have been lost, repelled by that noise, over the years?

They say a picture paints a thousand words, but nothing can alter or augment human emotion quite like sound. It’s something most of us don’t pay much attention to – daily we wade through a torrent of noises, voices and music, and to process them all would be impossible. Instead, we tend to notice sounds in a different, more subtle way – and the effect they have on our subconscious and underlying emotional state can be profound.

It’s easy to appreciate the emotive impact of sound when you think of how you feel when you hear your favourite song, whether that feeling is one of energy, nostalgia, sadness or joy. For example, watch this elderly gentleman with dementia listen to music from his youth and see the life flood back into his body.

Sound can be used to lift otherwise sombre atmospheres; some funeral homes pipe in sounds from the outside world to cut through the silence and add life. Sound can also be used to calm, like the gentle babbling of a town centre fountain, drawing people closer and encouraging a more sedate pace to the day.

On the other end of the spectrum, we know unwanted or unpleasant noise can be more than merely an annoyance; it can be a poison. Indeed it’s been cited as a major source of depression and anxiety in the general population in many studies, including this one.

A voice for your charity

Arguably, the most influential of sounds is speech. Our main focus as beings, from the moment we’re born, is to listen to the human voice, interpreting its various tones and inflections as we go. And so, in conveying a complex or emotive issue publicly, the voice through which your message reaches people is very important.

When someone engages with your charity, think: whose is the first voice they will hear, and what can that voice do to set the stage for a long and fruitful partnership between you and your supporters? Rushed and unclear speech from a telephone operator or street fundraiser, or garbled impersonal words read off a cue card, could all negatively impact the experience for a supporter. The more personally connected to the charity, the more that supporter can feel unique and valued, the richer the experience will be for both parties – so don’t lose them at this first crucial touchpoint.

Recording phone calls from your supporters (with their permission) and listening back to them should highlight areas of the process where confusion, ill-feeling or simply lack of engagement can arise, and where new ideas and attitudes, even a different tone of voice, could improve the supporter journey (it could be that perhaps your call-handling staff may benefit from bespoke training in this regard).

Some charities decide to use professional voiceover artists to give gravitas and potency to their message. When that voice is recognisable, such as a celebrity’s voice, it can add authenticity to your cause, as well as the calming, trust-inducing effect of instant familiarity. In some cases it can give your message a potency that is inimicable through any other means: who could forget the genius of the familiar dulcet tones of Bob Monkhouse in his posthumous advert for awareness of the prostate cancer that took his life?

Battersea Dogs & Cats Home uses voice in an incredibly original way. The voice of their famous ambassador, Paul O’Grady, has taken the place of on-hold music on their recorded telephone system, instantly bringing authority and credibility to the charity. Paul is not only considered a national treasure, he is known for his great love for dogs, so along with his unmistakeable rasping joviality this makes him the perfect spokesperson for the organisation.

It’s important not to overlook the value in the genuine voices of the people who work in your charity too: they may not have the vocal training of a professional voiceover artist, but what they lack in experience they make up for in spades with irreplaceable authenticity and infectious enthusiasm.

And, of course, there are your beneficiaries. If your mission is to put the voice of your beneficiaries at the heart of everything you do, then what better way to convey this purpose than to let them speak directly to your supporters, whether in person or through film or even a simple audio recording? If you’ve made an interview with a beneficiary, their natural pensive pauses, choked up speech and emotional vocal quivers can deliver a powerful feeling.

The charity Missing People made beautiful use of the voices of their beneficiaries’ voices when they assembled a choir of families missing loved ones to sing a song for their charity campaign. The raw sensitivity and longing in their voices touches the hearts of listeners in a very powerful way, as can be attested from the comments on the video.

One of the most successful charity campaigns of all time, Live Aid, used the unifying factor of popular music to people around the globe to spread awareness and encourage donations en masse. As millions of people tuned in to see Bob Geldof and friends perform their music, so the plight of the cause was broadcast directly into living rooms all over the world, bolstered by the feelings of optimism and empowerment stirred both from the powerful performance and the energetic feedback of the crowd.

It’s hard to hear that song now without also conjuring the memory of those hard-hitting images from Ethiopia – such is the nostalgic power of sound, and such is the depth of connection between sound and image.

Combine compelling audio with arresting visuals, and you’re on a sure path to really engaging with people – and making a lasting impression. It’s no secret that one of the most potent ways to engage supporters is through the medium of film. If you’re making a film for your charity, it’s worth spending at least half your time thinking about the type, tone and quality of your audio, because it’s an equally important (arguably more important) facet of the overall audience experience (have you ever noticed how much easier it is to ‘watch’ a TV programme when the picture is of poor quality, than when the sound is?).

And just think how, long after visual memories have faded, a song can be left echoing around your subconscious. What is the most moving charity film you recall? Try watching it with the sound turned down, see if you feel the same emotional tug.

The art of silence

The absence of sound can be just as potent, when used in the right way. Silence strong-arms the listener into instant reflection. Absence of sound seems to suggest to the brain that something is missing, and that perhaps it should pay closer attention in order to understand what is happening.

The Poppy Appeal made this video in 2010, in the form of a two-minute silence. While watching the video, with nothing but the sound of your own thoughts to accompany the images of respectfully pensive celebrities, one can’t help but reflect on the sacrifice and bravery of the fallen soldiers the charity aims to honour.

In this highly effective film from Amnesty International, the film’s ‘interview’ subjects, who are all refugees, say nothing at all. This silence has the profound effect of removing – nullifying, even – the barriers associated with different languages, enabling the viewer to connect with every soul on a human level; what we see are people just like us.

Reflecting your brand through sound

When choosing audio for your charity – whether it’s for a film, an event or simply environmental ambience, it’s important to use music and/or sounds that reflect your charity’s brand and the tone and message you’re trying to convey.

If you use on-hold music on your phone lines, remember that this too will make a lasting impression on your supporters. Whether the tone is sophisticated, friendly, authoritative, compassionate etc, people will instantly associate it with your cause, so it’s vital that your choice of on-hold music complements this.

It’s worth spending time thinking about all the sounds a supporter may hear on their route to supporting your cause, and how they might affect that person’s decision to give. How can the sounds you make be used to improve people’s experience of your charity, and positively influence their decision to give?

Understanding the vital role sound plays in your communications with supporters will take your creativity to a whole new realm. You can start simply by listening to your favourite song and analysing the way it makes you feel. Then, why not take a moment to listen to the noises, voices and sounds of your fundraising operation. Which ones make you happy? Which ones make you feel empowered? And are there any that drive you up the wall (...remember those rattling collection buckets...)?

Jenny Daw (née Ramage) is editor of The Fundraiser. She is also a sound consultant, advising companies and charities on their audio communications and sound branding. 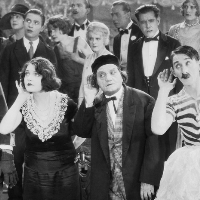 Faith-based charities and digital, Part 2: How religious charities can spread the message 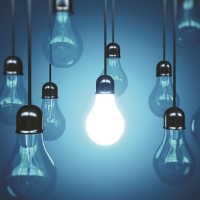 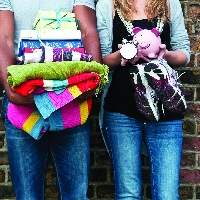