Sumatran Orangutan Society (SOS) was established in 2001 with the aim of protecting Sumatran orangutan habitats to ensure a long-term future for the species in the wild. In its early days, until the mid-2010s, SOS was run most of the time as a one-person operation, with a tiny budget and lots of support from dedicated volunteers. Over the last few years, the organisation has quadrupled in size in terms of salaried staff – Development Director, Rachel Groves, joined in 2016, with two more members of staff being recruited in 2018 and 2019, respectively.

A comment we often get from donors is that they assume we are a much larger charity with far more resources than we have – this is the impression they get from our impact figures and reach. In reality, what we achieve is down to our agility as an organisation: we can adapt quickly to embrace challenges and opportunities which we might otherwise miss.

In July 2018, we heard from an organisational partner in Sumatra that a critically sited piece of land was due to go up for sale. The 360-hectare area was an oil palm plantation no longer producing a good yield, and its owner wanted to sell it for £870,000. 360 hectares might not sound like much in the grand scheme of things, but the land sits right alongside protected forest which is a crucial habitat for orangutans, tigers, elephants and thousands of other species of animals and plants. We knew that by buying, reforesting and protecting the land, we would also be affording an extra level of protection to the forest beyond it. We also knew that if we didn’t find the money, another oil palm producer would, and the land would remain uninhabitable for most of the species we want to conserve.

In the previous financial year, our total turnover had been £172,720, so £870,000 was a huge fundraising challenge. If we put down a deposit on the land in July 2018, we would have until March 2019 to raise all the funds, a time pressure that would make the challenge even bigger. We put some serious thought into our sums – not only the money we would need to buy the land, but the costs associated with marketing such a huge fundraising goal – and filled flipcharts and shared documents with everything we could think of that we would need to do to pull this off quickly. Our trustees agreed that this was an opportunity we couldn’t ignore, and we launched the campaign, Rainforest Home, in August 2018.

We were very fortunate in that, as we were planning our marketing for the campaign, a creative agency called Don’t Panic contacted us to see if we’d be interested in using a short video they’d made which featured Jungle Book characters roaming the streets of famous cities, desperately searching for a place to call home. They were willing to give us the video free of charge if we agreed to devote some marketing budget to advertising on social media, and the timing was perfect – the video aligned wonderfully with the idea behind the Rainforest Home campaign; restoring forest in Sumatra to give endangered animals a safe place to live in the wild, where they belong. It also gave us a great hook when approaching celebrities and influencers to ask them to share the campaign link, and we were thrilled when even Stephen Fry got involved and asked his Twitter followers to help us with donations.

With such a big fundraising goal there were, of course, points in the campaign where £870,000 seemed a bit out of our reach. It was at these times that our size and agility really mattered – the three members of staff employed at the time could very quickly get around a desk and think creatively about how to spread our marketing further, access corporate donations or find the right trusts and foundations to apply to.

We ended up reaching our goal around a week before the deadline, and the land is now in the expert hands of our partner NGO. They are busy removing the oil palms, preparing compost to replenish the soil and surveying the forest nearby to ensure they cultivate the right type of seedlings for the local area. Back in the UK, many of the donors who found us for the first time through the Rainforest Home appeal have become repeat donors or even regular givers, and we benefit every day from the things we learned during the appeal as we continue to grow as a charity. 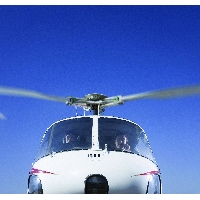 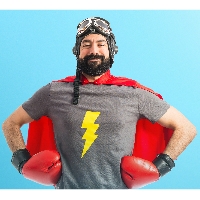 5 questions that will improve any fundraising campaign