Is the government Work Programme good for charities?

Is the government Work Programme good for charities?

Much has been said about the Work Programme over the past few months and not a lot of it has been optimistic. Add into the mix the voluntary sector’s part in delivering the government’s £5bn flagship welfare reform initiative and the picture becomes even more sombre.

The National Council for Voluntary Organisations’ (NCVO) recent report, The Work Programme – Initial Concerns from Civil Society Organisations’ did little to buck this trend. The report highlights, among other things, that the effectiveness of the Work Programme is being undermined by the underutilisation of civil society organisations (CSOs) and the knowledge and experience they can provide.

While few would argue the effectiveness of the Work Programme to combat unemployment is of paramount importance, many have raised concerns regarding the economic impact the initiative is having on the voluntary sector in an already unforgiving fiscal environment.

The voluntary sector provides services across a broad range of sub-sectors, five of which receive more than half of their income from statutory sources. Topping the list is the employment and training sector which derives 70 per cent of its funding by these means – nearly 20 per cent more than its nearest competitor, education. Approximately 1650 voluntary organisations work in this sub-sector with a combined income of £1.2bn (NCVO Almanac, 2010). It’s no wonder then, that even a small change to this funding environment can have serious implications for many CSOs and their respective employees.

A particular cause for concern is the CSOs that are not receiving the level of Work Programme referrals they had expected. Reasons for this shortfall are varied and as yet unproven. Needless to say many CSOs are struggling to survive with this diminution of work and the income it might otherwise generate. This is a particular problem for organisations delivering adhoc, specialist intervention for jobseekers with specific barriers to work. Not only are these providers often smaller organisations with less financial resilience, but they also constitute the majority of CSO involvement on the Work Programme.

Even where referrals are forthcoming, the economic model employed by the Work Programme means some organisations are having to wait long periods of time to be paid for their services. Payment-by-results (PbR), as the term suggests, means that service providers do not get paid until a predetermined outcome has been reached. In this case, a Work Programme ‘customer’ has to be in employment for between 13-26 weeks (depending on how hard to place the jobseeker is considered to be) and monthly payments will be made thereafter. This delay in payment is a particular problem for employment and training voluntary organisations that typically only hold around four and a half months of financial reserves – well below the voluntary sector average of 17.1 months (NCVO Almanac, 2010).

A central requirement of the Work Programme model is that the 18 prime contractors use their financial scale to mitigate these transitory costs and delays in payment. For this reason, primes had to display an annual turnover of at least £20m and the financial capacity to deliver large contracts that require significant cash-flow (indeed, it was this requirement that prohibited many CSOs from becoming prime contractors themselves). However, over 70 per cent of respondents to an NCVO sub-contractor special interest group survey felt their respective prime had not adequately used its financial scale to shield their organisation from financial risk. Again, this is especially worrying for smaller organisations, many of which are financially vulnerable niche providers, unable to wait for the delay in payment associated with a PbR system

Exacerbating the problem is the tight financial position prime contactors find themselves in. Many are working with heavily discounted contracts as much of the potential profit to be made from the Work Programme was allegedly lost in the bidding wars that took place when the primes were tendering for contracts. This obviously has serious implications for CSO sub-contractors, as primes will inevitably transfer any losses down through their delivery supply chains.

It is a truism that most CSOs are currently facing an uncertain future in what is an increasingly harsh economic environment. However, for reasons highlighted above, those CSOs that operate in the employment and training sub-sector are especially vulnerable. Combine the unfavourable funding environment that these organisations find themselves in with the fact that the UK is currently witnessing record levels of unemployment and the situation becomes even bleaker. This is particularly worrying for smaller organisations that are less well equipped to weather the current economic storm. The concern is, once these organisations have gone to the wall, their knowledge and experience could be lost forever. This will not only be a loss to the voluntary sector, but to society as a whole.

About the author: Paul Winyard is public services officer at the National Council for Voluntary Organisations (NCVO) 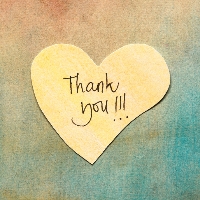 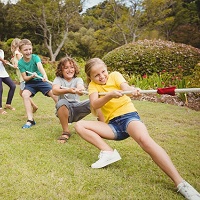 Community fundraising: an opportunity not to be missed 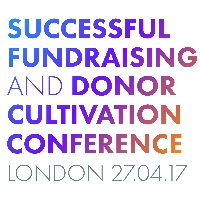