Paul Vanags, head of public fundraising at Oxfam, tells us about the groundbreaking MyOxfam app, what other charities can learn from its development, and what he loves most about being a fundraiser

The new MyOxfam app has generated a lot of press interest and is viewed as an industry trailblazer. Can you share any early outcomes?

We are in 'soft' launch phase at the moment and so haven't gone hard on the marketing. The good news that it works and people are downloading and using it. We've had more downloads than we had predicted so far, and people are using it to give both single and regular gifts. We've even had a few people spontaneously upgrade their regular gifts, which is brilliant. The real value though will be seen in terms of long-term giving behaviour, and we won't start to see that for another six to 12 months.

What was the biggest hurdle to overcome in the app’s development?

The hardest part - and what sets this app apart from others - is the integration with back-end systems. Coming up with the the idea took about half an hour in a brainstorm one day and you can make in app in about two weeks, but the project took three years in total.

The app has been adapted to fit our existing systems, so in that sense it has not made a big difference. In the future though, the front- and back-end interfaces will evolve more cooperatively, so the fact that we have this channel open to us should really help.

What can other charities learn from your work on this project?

I'm generally restless so have lots of interests and projects to keep me occupied. I'm currently doing some songwriting and making a music video. Last year I built a (small) garden in our new house from reclaimed materials. I read as much as I can. Oh and I run and do yoga. And I'm a school speaker for the British Humanist Association. Wine to balance out all of the wholesomeness.

What is the most out-of-the-ordinary thing you’ve ever done?

I once changed my name for a year for charity. People could choose any name and the one that got the most sponsorship money was the one I changed it to. That charity was Oxfam by the way (I'll keep the name to myself!)

If you weren't in fundraising, what would you like to do instead?

Either a rock star or an accountant. I'd make a very good accountant.

What’s your top tip for managing a large fundraising team?

They're going to read this though aren't they? Um. Be inspiring and clever and funny and caring ALL OF THE TIME. I suppose I would say to try your best. It's impossible to be perfect. Try especially hard not to mess anything important up, but don't be afraid of messing important things up either. Ultimately, just be yourself. The good is good, the bad and the ugly people will forgive you if they can see you're trying. Mostly.

Honestly? Blimey, I think the hope that I'm contributing to something bigger than myself and my immediate circumstances is fundamentally important to me and my wellbeing if that's not too stark an answer. It's rather selfish when you look at it in that way, but hopefully it benefits others as well :) 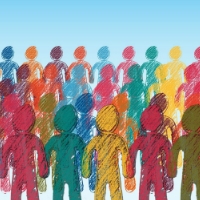 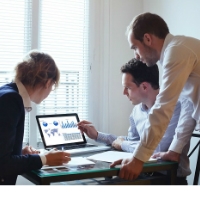 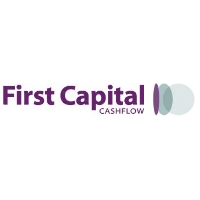