How to make the most of social media for charity

All Posts
Posted in How To Guides

How to make the most of social media for charity

Featured article: How your charity can make the most of social media

Raising your online profile may not be as easy as it seems but by using social media you can target specific demographics and appeal to them in a different way. By sharing, liking and retweeting you can certainly begin to get your cause noticed.

Recently social media was hit by the #IceBucketChallenge and while some people may have found it annoying, others got involved and found it highly entertaining. One thing is for certain though: it was broadly acknowledged. Amyotrophic Lateral Sclerosis (ALS) Association, in which the ice bucket challenge was predominately supporting, raised £62.7m from 29 July to 28 August this year. Last year, during the same period, the association raised £1.7m and the British equivalent to this charity, the Motor Neurone Disease Association, has also benefited.

If you are looking to start your own social media campaign, here is some useful information which should help get you started:

Before you get involved in a social media campaign, you need to define a clear strategy with achievable objectives. This can be as simple as wanting to raise the profile of your cause, or wanting a tangible outcome such as more volunteers, more donors or simply driving traffic to a particular site where the objective is clear.

You need to find and select the right audience to target and establishing the right social networks in order to do this. By creating your own online profile and selecting the right tone of voice for your organisation, you can begin to gain support from your target audience.

Defining your target audience is also important and sites such as Facebook are perfect if you want to target a younger audience. Although, if you want to attract the professional classes, then LinkedIn could be a much better choice.

Next you need to understand the science of appealing to different demographics. On Stride found out men are much more vocal when it comes to tweeting for a good causes providing 56% of the conversation, however, in Scotland it is females who are the majority.

When it comes to deciding who you want to target and where, it is worth finding out the key demographics of each site and using that as a way of targeting the right people.

Always keep your target audience engaged, and this is best achieved by making them part of the story. Notice how the ice bucket challenge depended nominations which acted as a perpetuating force. Greenpeace are another organisation that recognise how important it is to keep the audience as "part of the story." Remember that you have to appeal to people personally. If you come across as a corporate entity, you're destined for failure. You need to be slick, but you also need to be human.

You also need to think about what to share and when to share it. Look at the times of day that your followers are most active and which days drive the most traffic, this will indicate when the best time to share things are. By using hashtags on Twitter you can create conversations surrounded a specific keyword.

You may not be as successful as the Ice Bucket Challenge, but using tools like Google Analytics can really show how far you're progressing and to what extent you've been successful as a fundraiser. Measure your success and make a business case for the development of your charity.

By using Twitter Analytics you can track which posts have had the most engagement with the audience. You can also send "promoted tweets" which will reach a larger audience. These tweets rare clearly labelled as "promoted" but they can be used in the same way that your normal tweets are, by being able to be retweeted and favourited. They can boost your impressions and engagement with a wider audience.

By using goals on Google Analytics you can track when something successful happens on your website. You can see where the conversations came from and this will allow you to tweak and alter your strategy to suit your target audience more.

By tagging the right links you will be able to analyse which sources are working best for your strategy as well as see which are not, and by analysing this data you will be able to see where you should put more focus into the campaign. Tagging is also important to define the source of traffic in campaigns, when you add parameters generated by URL builder into the sharable link, the charity will be able to differentiate and test social campaigns.

- utm_source: This will tell Google Analytics where the source traffic is coming from. For example, if you are running a Facebook campaign you will need to know the amount of traffic generated by your social marketing; this could also be Adwords, Twitter or Blog. Example: http://www.example.com/blog-post?utm_source=facebook

- utm_medium: tells Analytics what type of source, also known as the medium, the link represents. So if you are running a paid campaign you'd want to differentiate it from a social campaign of a similar output. Example: http://www.example.com/blog-post?utm_source=facebook&utm_medium=cpc

- utm_campaign: This is one of the more straight forward tags as it simply describes your campaign (a.k.a campaign name). Example: http://www.example.com/blog-post?utm_source=facebook&utm_medium=cpc&utm_campaign=movember

- utm_term: This is only applicable to paid (PPC) campaigns because it represents the keyword targeting to drive the important click to your site. It is best to use the keywords targeted in the ad campaign to describe the term which has generated the most traffic and more importantly conversions. Example:http://www.example.com/blog-post?utm_source=facebook&utm_medium=cpc&utm_campaign=movember& utm_term=mustache giving

Tip! - Use the plus sign ( ) to combine keywords into a single utm term parameter.

Facebook have released a guide which can help non-profit charities raise awareness of their cause as well as connect with their target market. The timeline on Facebook is an important tool to utilise as this allows you to appear on a person's page without being overly intrusive. Ads are also another way in which you can spread the word about your cause and by using insights, you can see who is actually reading your posts and clicking on your ads. 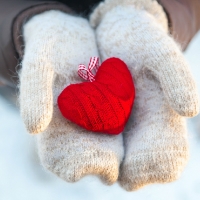 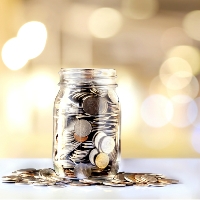 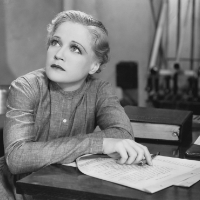 5 questions to ask before you start a fundraising campaign