Whilst most charities and social enterprises have a requirement to exchange currency and send funds abroad, many are in the dark as to how much these transactions are costing them. The 2009 report ‘Missing Millions’, commissioned by Stamp Out Poverty, identified potential sector-wide savings of between £20-£50m per year through more effective foreign exchange management.

That’s not to say that charities are being careless or frivolous with their money – rather that foreign exchange practices are just as opaque in the charity sector as in every other. When considering how to reduce losses, foreign exchange is rarely top of the list, because many of us trust too much in the financial incumbents that have dominated the market until recently.

According to research commissioned by freemarketFX in 2015, 83% of businesses – charities included – still use banks as their principal foreign currency provider. This is often based on the assumption that their bank will provide them with the best rate, and so it is rarely given a second thought. However, 70% of those are being charged 0.5% or more for each foreign currency transaction, with 21% being charged between 1% and 2%.

This charge increases furthermore when purchasing currencies traded at low volumes, as many charities do. Many miss the opportunity to obtain the most competitive rate on the day of trade, because banks and brokers apply large spread margins to these ‘exotic’ currencies. This is partly due to the volatility of such currencies, but also due to the fact that they are typically traded at lower volumes, and so the spread is widened in order to maximise profit on such transactions.

Charities should not be penalised for their need to exchange and pay out currencies that aren’t the typical GBP, US$ or Euro (although even these major currencies still incur large fees). Such institutions must be flexible in accepting donations and funding, regardless of currency, and thus should be able to flexibly deploy funds where they are most needed.

However, small changes in operating practises can yield huge results. For a start, freemarketFX offer our services to charities at 0% commission. That means no fees, no hidden spreads applied – we want your hard-earned donations to reach their intended destination. Unlike a bank or broker, freemarketFX use technology to facilitate the exchange, removing the intermediary and large overheads.

One of our charity customers, the Aquaculture Stewardship Council (ASC), has benefited not only from a 100% saving on FX costs, but also from the lean efficiency the service provides as a result of being technology based.

The ASC, founded in 2010, is a sustainability standard for farmed fish, crustaceans and shellfish. The ASC is not a traditional charity, in which people give money and see an outcome based on that money. While income does come from grants in GBP, US$ and Euros, revenues are also generated through logo license fees in GBP, US$, Yen and Euros. Relevant currency accounts are held to deposit income.

Their CEO, Chris Ninnes, explains why the ASC opted for freemarketFX, “It’s an efficient currency tool for us… Ease of use, speed of access, better integration, all of those are important.” For the ASC, efficiency as much as cost is pivotal in how they choose to conduct their foreign transactions.

It takes time and hard work to raise and deploy funds, and charities should not be losing them to uncompetitive rates and hidden fees. A small amount of time and effort can go a long way, and proactive management of FX practises enables cash flows to be optimised, allowing additional funds, time and resources to be targeted where they matter most. 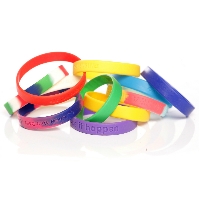 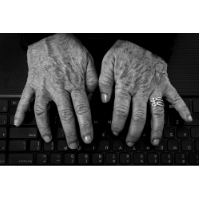 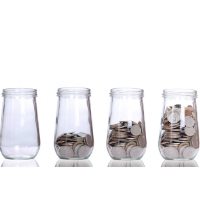