Beating Bowel Cancer’s Decembeard campaign asks men to stop shaving and go grizzly for the month of December to raise funds to support those affected by bowel cancer. The campaign has been running for four years now, and has grown year on year both in terms of number of participants and the amount of funds raise. In 2014, Decembeard raised £330k for Beating Bowel Cancer. This year our public target is £500k and we are aiming to recruit 5,000 people to grow a beard and fundraise for the cause.

Last year, we were able to secure vital pro bono support from creative agency 1000heads and photography from GarconJon. This enabled us to develop the brand, and to lift the campaign to a higher level in terms of the look and feel. This in turn helped us secure more corporate partners, who have been instrumental in helping us promote the campaign.

Two of our lead sponsors from last year, L'Oréal and Just for Men, have developed their own beard products (a moisturiser and dye respectively) in response to the increasing popularity of beard-growing. They loved the fact that the Decembeard campaign is very much ‘on trend’, and for them to be associated with a charity campaign that fits with that audience was very appealing.

This year, we’ve retained our three key corporate partners, and they will be doing even more activity to support the campaign: L’Oreal, for example, have produced a gift pack which has the Decembeard branding on, and they will also be producing an advert that includes the campaign’s branding. Just for Men’s social media content will be fronted by one of our Decembeard ambassadors, while they will also be promoting their support on a TV advertising campaign. The History Channel will again be promoting Decembeard during ad breaks, as well as providing creative input to our own advertising campaign.

We continue to work hard to secure more corporate partners and are confident we will have at least three ‘supporting partners’ in place for this year’s campaign.

We learned some key lessons from last year’s campaign which have helped us shape the campaign going forward. For example, in 2014 the greatest number of sign-ups came from the 20-40 age bracket; however it was participants from the 50 age bracket who raised the greatest amounts, on average. With this in mind, this year we will be stretching the branding a bit to ensure the 50 age group is represented.

We have also increased our focus on storytelling, through a series of photographic stories called Me, My Beard and Why. All of the people we’ve photographed have been affected by bowel cancer, and so through the photographs are able to tell their own inspirational stories to raise awareness of the disease.

We exhibited the photography at the official Decembeard launch event in London on 24 September. The event was attended by a group of our beard ambassadors as well as others affected by bowel cancer, supporters, media, bearded models and celebrities - all of whom are helping us spread the word about the campaign, which we hope this will lead to increased engagement across all adult age ranges and ethnic groups.

We have also reworked the messaging to make it simpler and clearer. Decembeard is about growing a beard and getting sponsored to raise funds to beat bowel cancer. And yet, last year less than half the people who signed up actually fundraised. So we’ve looked at the messaging and our communications around the campaign. For example, last year with Pell & Bales  we tested welcome calls to thank people for signing up, tell them a bit more about the issue, and to remind them it’s a fundraising campaign and suggest ways they can maximise their fundraising. Our test found that those people who received the welcome calls tended to fundraise more than those who didn’t get a call, and on average raised a greater amount. For every £1 we invested in welcome calls we raised £4.

This year, we will be rolling out the telephone calls, and there will be more of a focus on using the welcome calls to group supporters into high volume-low value (attracted to the campaign largely through our promotional activity on social media) or low volume-high value (mainly recruited through our home-based community fundraisers), and to triage them and utilise their networks where appropriate.

Another key development is that we’ve recognised that the brand appeals to people who already have a beard, but until now there has been no mechanism for them to fundraise through sponsorship. So this year, we’re making a different ask of them: If you’re a man with a beard, why not lead a team and recruit non-bearded men to grow a beard and fundraise? Our online leaderboard last year demonstrated the popularity of teams and the competitive element, so we feel this new ask will have strong appeal. We’ve also created the role of ‘beard ambassador’ - for people who have a beard and who want to help us promote Decembeard through their own networks. http://www.decembeard.org/challenges/

These alternative asks are helping us achieve our aim of making Decembeard more sustainable. Unlike Movember, where you usually shave off your mo’ at the end of the month, we find that a proportion of Decembeard participants want to keep their beards - so our supporter journey is based around making them a beard ambassador the following year, and asking them, for example, to lead a team.

Decembeard has proved to be successful in helping us attract celebrity support and in turn raise awareness of the campaign and Beating Bowel Cancer. Last year, Christopher Biggins and Matthew Wright (The Wright Stuff) were among our celebrity supporters. In addition to helping us promote Decembeard on social media, they both actively fundraised for the campaign, adding £14k to the total for 2014.

Matthew Wright and Christopher Biggins are both supporting Decembeard again this year, while Sean Fletcher (Good Morning Britain) who last year supported Decembeard via Twitter has now become an official Beating Bowel Cancer Ambassador. Sean ran the London Marathon for us in April this year and has signed up to run it next year too - this time with his wife, Luned. Last month, Sean and Luned kindly donated their £30k winnings from their appearance on All Star Celebrity Mr & Mrs to the charity.

Graham Kelly is director of fundraising at Beating Bowel Cancer 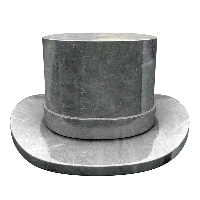 6 steps charities can use to build relationships with corporate partners 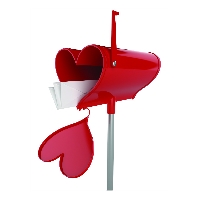 Love letters: 6 tips on how to woo donors with winning words 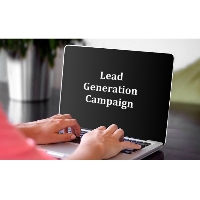