Charity sector research shows that stress levels at work are on the rise, but while stress is inevitable, its negative impact is not. Mark Hughes shares some of the techniques that will help you stay focused and build resilience

Few would argue that the current economic and political climates make fundraising challenging. To meet these challenges, it is ever more important for fundraisers to be ‘in a good place’, mentally, physically and emotionally. If not, how can they be expected to embrace innovation and convey a compelling message with real gravitas? Although not exclusively based on fundraisers, the latest Charity Pulse Survey is worrying in this regard, as it shows stress levels increasing and enjoyment at work decreasing.

So what can be done? Well, advances in brain science provide some insight. In his 1989 book, Human Physiology, the neuroscientist Manfred Zimmermann demonstrated that our brains can receive up to 11 million pieces of sensory information per second; however it is only able to process around 40 of them. Furthermore, there is a degree of choice as to which pieces of information you process and focus on. So when you get caught in a rain shower, you can choose to focus on your clothes getting increasingly wet (and the subsequent inconvenience this will cause) or on the amazing rainbow in front of you. Both are valid responses, but only one is likely to enable a favourable frame of mind for the day ahead.

The meaning you give to what you choose to focus on also has a dramatic impact. A compelling example is a study of stress levels at a bank. One group of managers at the firm was shown a video on the positive impact stress can have. A second group watched another video showing only the negative impacts of stress. Within a week, the first group showed a 23% drop in the physical symptoms of stress and a 30% increase in productivity relative to the second group.

The key takeaway is that while stress is inevitable, its negative impact is not. So the next time a fundraising target is increased, will your attention go to the arbitrary nature of the increase, the poor way it was communicated and the extra work it will involve? Or will it go to your love of a challenge and the extra beneficiaries that can now be supported?

The origins of stress

While stress manifests itself in the here and now, it originates in either the past or the future. For example, worries about making an ask generally stem from a past experience (e.g. “The last time I asked someone like them for a gift, it went terribly wrong”), or future implications (e.g. “If they say no to a gift, there’s no way I’ll make my target”).

Consequently, a simple solution is to stay in the present as much as possible. Meditation and mindfulness can aid greatly in this regard:

Meditation can mean different things to different people. However, many views share the common characteristic of allowing the mind to let go of its thoughts by focusing purely on one’s breathing.

In terms of mindfulness, I think it’s hard to better Dr Jon Kabat-Zinn’s definition of mindfulness, which he describes as “paying attention, in a particular way, on purpose, in the present moment and non-judgementally.”

Mindfulness has close parallels with meditation, as one way to be mindful involves paying attention to one’s breathing. However, you can also practice mindfulness by paying attention to how your body moves when you walk, to what you are eating, or simply by focusing on a particular object. The benefit of mindfulness is that it develops focus on both the here and now, and doing one thing really well. It is therefore the antithesis of multi-tasking.

In a former life, I was an associate at the international management consultancy firm, McKinsey & Company. During this time, I analysed how high-performing leaders spent their time. A key insight was that the vast majority of them meditated or practiced mindfulness. Crucially, it was not something they just did outside of work; they actually incorporated it into their work.

The high-performing leaders in the McKinsey study had no magic answers, other than developing a realistic and pragmatic routine and being disciplined in keeping it. In some cases this involved blocking out regular times in their outlook calendar for meditation or mindfulness and then working the rest of the work around it. Essentially, the act of the getting meditation in the diary first helped prioritise it. Others simply ensured they took regular breaks (often with the aid of an alarm on a phone or watch) and then incorporated mindfulness into such breaks. Some simply found that mindfulness emerged if they ensured that there were always times of the working week when their mobile and emails were switched off. Others focused on making mindfulness a part of work, so at the start of each meeting they asked everyone present to:

2. Ask themself: “What do I want to get from this meeting?”

3. Articulate what they want from the meeting to the rest of the group.

Crucially, all were pragmatic. While they appreciated that meditation or mindfulness should ideally be for 10-20 minutes and take place in a quiet, tranquil environment, they knew that something was better than nothing. Consequently, moving away from their desk to somewhere quiet and taking 10 slow, deep breathes several times a day was likely to do more good than a single 20-minute mindfulness session each week.

If you’re yet to try mediation or mindfulness, the Headspace app provides a good introduction.

Being aware of self-talk

We all talk to ourselves. Such talk can be helpful or unhelpful in managing stress. So what can you do when you’re struck by unhelpful self-talk? First of all, the quicker you become aware of it the better, and meditation and mindfulness can help in this regard. Secondly, asking yourself whether the self-talk is truthful and accurate can prove insightful. Unhelpful self-talk is invariably based on assumption or a skewed perspective, which is why it is unhelpful.

With the unhelpful self-talk identified, it’s time to counter it. A hard-line approach of doing so involves SUMO. This is not an exhortation to take up Japanese wrestling, but a call to practice SUMO as an acronym: ‘Shut Up and Move On’.

‘Moving on’ can be helped by developing a more accurate summary of the situation that’s created the unhelpful self-talk. For example, on receiving news of a failed grant application, unhelpful self-talk that may emerge is: “I’m useless”. Moving on may involve replacing this with: “This is disappointing but I need to keep in mind that I have already raised £100k in grants this year and it’s really useful that this funder is offering feedback on my application”.

A more nuanced approach to tackling unhelpful self-talk comes from some recent research at the University of Oxford, which showed that while some people have a tendency to be more pessimistic than others, disciplined positive actions can make them become more optimistic.

So far, I’ve focused on getting yourself mentally right; but there is a growing realisation that our physiology, thinking and emotions are deeply intertwined. Dr Alan Watkins’ TED talk provides a good introduction to the scientific basis for such an assertion.

As a trainer, I often work with professional actors (as they assist with role plays). They often mention the stress and worry they feel in trying to fulfil a given role, or make a character genuinely believable. An approach many actors use to overcome such stress is: ‘It’s easier to act your way to a new way of thinking, than to think your way to a new way of acting.’

Another insight from the previously mentioned McKinsey work was that high-performing leaders look after themselves physically. They pay attention to nutrition and they make time to exercise. As before, developing a realistic and pragmatic routine and being disciplined in its application is key. For example, for some, exercise meant getting off the train one stop earlier than necessary, so that a brisk 20-minute walk became part of a typical working day.

Such a finding is nothing new - as far back as the first century AD, the poet Juvanel wrote of the importance of ‘Anima Sana in Corpore Sano’, which translates as ‘A healthy mind in a healthy body’.

The obvious and the idiosyncratic

A 75-year study on happiness  from Harvard University offers many interesting findings. One of the most profound is also the most intuitively obvious – good relationships keep us happier and healthier. Consequently, I’d urge you make a list of the good relationships in your life and be disciplined about nurturing and growing them.

Another thought, which has no scientific basis, but which I’ve found very useful in getting myself physically, mentally and emotionally right is to make it a daily goal to do one thing each day that makes you feel like you’re on holiday. For me, such a goal helps prevent work from becoming all-consuming, and encourages me to maintain perspective in relation to what’s really important.

The issue of balance

Finally, I think it’s important to stress that while implementing the above approaches can help make realistic challenges more achievable and enjoyable, they cannot make the impossible possible. Resilience is only likely to be sustained if the likelihood of success is sufficiently high, and the rewards compensate for the risks, hardships and difficulties.

Essentially, for an individual to be ‘in a good place’ mentally, physically and emotionally requires a commitment and responsibility at an individual, team, department and organisation level. 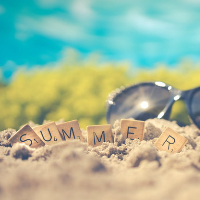 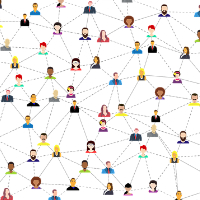 Why charities are only as strong as their weakest ties 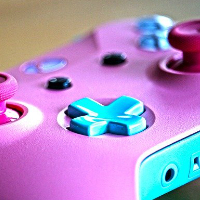 Mark, I meet so many fundraisers who are giving their all and as a result suffering from stress. The research about high performing leaders is really interesting, they take time to nurture their body, mind and soul a crucial and non-selfish. Some research is always a useful tool to enlighten us. Thanks for this article.