In theory, working in a small charity means that fundraising is a part of everyone’s role, and that they see this as part of their remit. But in reality, people often work within their own specialism and leave the fundraising to a small and dedicated team. I think this is particularly true for healthcare charities where the skills are so diverse within the workforce.

So when we were putting together our #NursesAreNeeded campaign, which is seeking to raise £250,000 to recruit more nursing staff to St Clare Hospice (in addition to attracting nursing staff to the new roles we are fundraising to create) we knew that we needed a campaign where everyone could get involved and do their bit to fundraise.

Create ownership for your campaign

The priority focus for our nurses, doctors and allied health professionals is, rightly, ensuring clinical care is outstanding, but as their roles are public-facing it’s also crucial that we are able to utilize them in a fundraising capacity, spreading our messages about our fundraising campaigns and how people can support us. We knew that getting our nursing staff on board was key and we’ve been able to use their real stories and experiences of delivering care through the pandemic and what it’s like to work with end of life patients.

We found that using their own voices, through being filmed and writing blogs, has really helped to get them involved in our campaign. Additionally, our nursing teams know how much we need these new roles so they were an easy place to start.

What we really needed was something that could mobilise everyone across the Hospice into action. This was where the idea of our Step Up challenge came from. Again, using the experiences of our nurses, we got our Inpatient Unit nursing staff to track how many steps they took each day at work; on average, it came out as 10,000 steps per shift. So, we created a challenge for people to walk 10,000 steps a day for the month of June – 300,000 steps in total.

We found our Step Up challenge a useful tool in getting our supporters involved, along with local businesses. But what I really wanted was to increase the internal take-up of the challenge – and no better place to start than with your own team.

In my role as Director of Income Generation at St Clare Hospice, I am part of the Hospice’s senior leadership team; it’s this team I turned to and asked them to Step Up to the challenge. I knew that my senior leadership colleagues were already stretched with workload – it’s not been easy keeping a frontline service going amidst a global health pandemic – but I was surprised at the ease to which they all agreed to the challenge. There were, of course, times when they regretted it – there were often late-night moans at 10pm that my fellow leaders still had another 1,000 steps to go, but the benefits of getting them all involved showed right from the start.

We became the face of the ‘Step Up’ campaign internally! As fundraisers, we know that people are more likely to support a cause if they know someone who is taking part in some way, but the support that we received from our internal colleagues was incredible. A whopping 48% of the £2.5k we managed to raise for the Step Up Challenge came from our own staff and volunteers.

But the benefits didn’t stop there. After a year of sitting behind screens, many of us working from home, this was the first time that we were able to get out and about and be seen across the Hospice – well, we had to get those daily steps up somehow. And as we did so, we were able to reconnect with colleagues outside of our own teams. This gave us all a great opportunity to talk about the campaign and share the messaging with our colleagues, which I think helped them become more connected with the campaign.

We also found that we were able to raise more profile for the campaign amongst our external colleagues by taking on this challenge ourselves. Instead of just me promoting one of our fundraising campaigns, we now had our six directors all talking about why we need more nurses and how important it is to fundraise for this cause.

Maintain momentum and refresh your campaign

When we launched our #NursesAreNeeded campaign, to tie in with International Nurses Day in May, we knew that the challenges that we face in terms of nurse recruitment won’t change immediately, as they are reflected nationally, so we wanted something that will give us presence over a long range of time. We also wanted a campaign with that had a number of different calls to action. Our Step Up challenge was just one of these; it helped us to keep momentum once the initial buzz of the launch had subsided.

Since then, we’ve now moved into the recruitment phase of the campaign; working with our HR team to attract new staff members and using the stories of existing staff to demonstrate how rewarding a career in palliative care can be. Whilst this doesn’t have any overt fundraising messaging, it’s given our campaign more of a ‘newsy angle’ allowing us to attract the attention of regional and sector media and subtly weave in our fundraising messaging.

We’ve also been able to use the campaign messaging to reach new audiences and raise awareness of the breadth of hospice care. We worked with several of our nursing colleagues and our patient and family support team to create resources for local schools, including an interview with a nurse for primary aged children, and a guide for teachers on how to talk with young people about death, dying, and hospice care.

Our #NursesAreNeeded campaign is one that will ebb and flow as we have capacity and new elements to add to it but will use the same consistent messaging and branding throughout. This is where our fundraising champions are key; they give us the opportunity to diversify and add new elements to the campaign as it progresses, and they also get to see first-hand how simple and easy it is to talk to our community and service users about our charity. 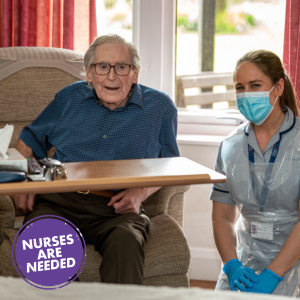 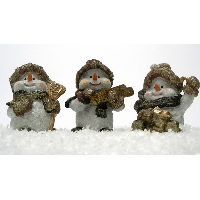 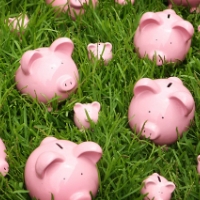 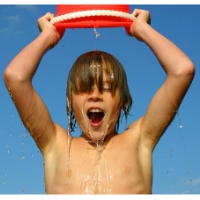