How to avoid the Zombie phenomena

How to avoid the Zombie phenomena

Zombies are stalking the corridors of charities and are preventing organisations from reaching their potential. Fundraising consultant John Baguley explains how managers can address this incompetence phenomena…

In the Dilbert strip of February 5 1995, Dogbert says that: "leadership is nature's way of removing morons from the productive flow". Unfortunately, it also seems to be nature’s way of creating logjams in that productive flow.

As a fundraising consultant, I see all kinds of problems occurring in charities and what may look like a fundraising problem sometimes turns out to be something quite different.

One of my clients asked me to work on everything except the trust applications as their trust officer, who had been there for years, had a stunning hit rate. Eager to learn his secrets, I chatted to him and was astonished to learn that he only made about 12 applications a year, of which about 10 were successful. When I pointed out that the charity could be applying to many more trusts and probably raise far more money, the CEO indicated he didn’t want to upset a such valuable worker.

Have you noticed similarly strange people working in charities? They don’t seem to do much apart from draw their salary and get in the way of the active and passionate staff who are driving the charity forward, and who are keen to improve the lives of the beneficiaries.

Having worked most of my life in charities, I began to suspect that I was not alone in being irritated by indolent bosses, charmless chairs and colleagues who were swinging the lead; but this irritation soon moved on to the people who should be responsible for selecting these people in the first place, managing them and dealing with this problem.

Some time back, I wrote a blog about zombies stalking the corridors of charities and was surprised at the response. It seemed that everyone knew someone who was useless at their work, who was allowed to stay in post, and neither helped to develop or fired.

Many of these people had been in post for years and that seemed to give them an immunity from being managed in any active sense of the word. Indeed, managers were so afraid of employment tribunals they appeared to think these equated to the French Revolutionary Tribunals.

‘The Peter Principle’ of people rising to their level of incompetence seemed to be in full swing. You may recall this was adopted as ‘The Dilbert Principle’ by Scott Adam who runs the brilliant Dilbert cartoons. He has written:

“I wrote The Dilbert Principle around the concept that in many cases the least competent, least smart people are promoted, simply because they’re the ones you don't want doing actual work. You want them ordering the doughnuts and yelling at people for not doing their assignments—you know, the easy work. Your heart surgeons and your computer programmers—your smart people—aren’t in management. That principle was literally happening everywhere.”

A lack of support

But that only moves the problem up a notch. Where is the training, backing and support for CEOs who actually want to build effective and efficient teams, but who are held back by the culture? For example, the chair won’t let anyone be sacked (I have known a chair reinstate a sacked worker and lose their excellent CEO instead) and without a stick in sight even the most delicious carrot may be left dangling.

Sometimes, the reason the zombie problem is not tackled is because managers don’t have the resources, understanding or personal stature to offer training, mentoring or even proper supervision of errant staff.

Given poor or non-existent staff management, it is no wonder that workers fail to maintain their initial enthusiasm for the job, underperform and eventually sink into a zombie-like state of apathy. Worse is when a chair of the board or CEO is selected without a proper process, perhaps because they have made a name for themselves many years before. But even that situation can be resolved by professionals acting together to ensure improvement or change.

So, now we come to the interesting part – zombie whispering. Just what can you do with a zombie? My advice to managers is to tread carefully and carry a big stick. Obviously, the first part of the process is to talk to the person and ascertain what is going on; where are they in the afternoon, why haven’t they carried out the work you set them (did you set them any?) and why you will not tolerate any abuse.

Then, after seeking back-up if they seem terribly friendly with the founder, chair or other key player, you can introduce the novel concept ‘this ends here’ and outline both carrot and sticky ending.

If you are intrigued, horrified or wondering how not to become a zombie, I have outlined my experiences of the zombie phenomena and shared some advice in ‘Fundraising and Zombies’, published by Troubador and available on Amazon.

John Baguley is the Chair of the International Fundraising Consultancy 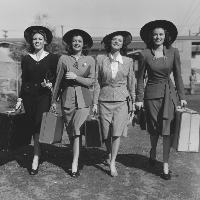 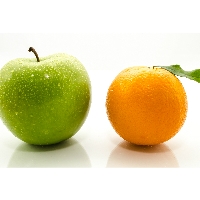 The North vs South divide for fundraisers 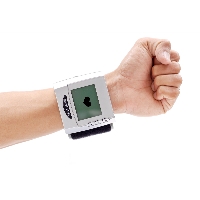 The impact of self-regulation