Case study: Save the Children’s Still The Most Shocking Second A Day video | The Fundraiser

Save the Children saw a 25% uplift in regular gifts in the first week of launching its latest film to raise awareness of the Syrian refugee crisis, thanks to the film’s narrative continuity and the charity’s integrated approach to messaging

On 9 May, Save the Children launched the hard-hitting sequel to its 2014 viral video, Most Shocking Second A Day. The first film lent itself very well to a potential sequel, with its open-ended narrative and clear messaging that the issue at hand is an ongoing one. The new film, Still The Most Shocking Second A Day, picks up the story where it left off, following the daily struggles of Lily, a young girl forced to leave the UK after hypothetical war breaks out on the streets of London.

The refugee crisis provides the backdrop for the next installment in Lily’s story, a character for whom people already have empathy, using the same recognisable actress.

The new film gives people the opportunity to see how Lily’s story develops, as she faces a series of struggles from having to part with her mother to narrowly avoiding drowning to facing harassment once she arrives in her new country. Once again there is no conclusion to the story; rather, the viewer is left with the sense that Lily’s saga is set to continue.

Anjali Bewtra, head of digital engagement at Save the Children, says: “The first film was very much about the Syrian crisis, but as we have all seen in the years that have passed, this has unfolded into a wider refugee crisis – the largest refugee crisis since World War II. We wanted to have Lily in the follow-up to demonstrate the ongoing challenges and tragedies children are facing.

“In 2015 there were moments of public empathy around terrible large scale drownings in the Mediterranean, and of course the tragic death of Alan Kurdi and many children like him. Once more we saw the change in public opinion. Therefore we wanted to refocus the general public on the plight of the children affected by these ongoing crises, and evoke a strong sense of empathy and compel them to want to help.”

Going viral, and the halo effect

The first film amassed over 53m views and was one of the most successful viral videos of 2014. The charity saw a huge peak in engagement across all its social media channels and unprecedented growth in Youtube subscribers, growing from 4,000 subscribers to over 36,000 at the time.

The latest film is already reaping rewards: in the week following its launch, the charity saw site traffic increase by around 60%. Anjali says one of the most interesting results of the new video is the halo effect it’s having on other fundraising areas. “We’ve seen an uplift not only in people giving cash donations for our Child Refugee Crisis Appeal, but also in people wanting to sign up for regular gifts - during launch week we saw an increase here of around around 25%.”

Crucial to the success of the new video was the charity’s tightly integrated approach to its launch, Anjali explains. “We needed to ensure every channel – both online and offline – was joined up, so we made sure everyone in the organisation, from digital marketing and social media to offline media and our charity ambassadors, was given the same training around the film, and that there was synergy with everyone going out at the same time with the same messaging and the same ask. This really helped maximise the impact of the new film.”

The virtues of an open-ended narrative

Due to the nature of the real-life crisis, the film’s narrative doesn’t lend itself to complete closure, which means that while the charity hasn’t yet planned for a third film, there is significant potential for further installments to come. “We will continue to watch and see how events develop, and if we see there is a need to keep highlighting the fact that children are affected by events that are completely outside of their control, then of course we’d try to use more content around that to get the story out there”, says Anjali.

To what does Anjali attribute the success of the Second A Day films? “It’s about having a striking story with a strong emotional hook, and keeping things simple. Fundraising stories work best when you keep content short and to the point, and plug into something that is already of interest in the public consciousness.” 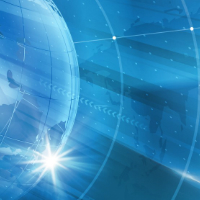 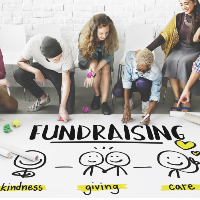 1 Comment on Case study: Save the Children’s Still The Most Shocking Second A Day video