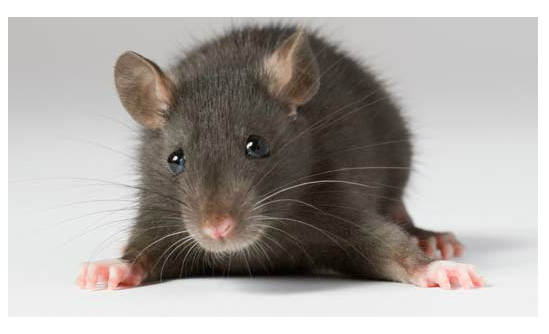 The truth is these animals were not pets but in fact food for the 37 snakes that Steven Riddell was keeping as his ‘real’ pets. Mr Riddell admitted breaching the Animal Health & Welfare (Scotland) Act after the animals were found in appalling conditions. Mr Riddell’s home was raided by the Scottish SPCA last April who found many of the animals dead, dying, dehydrated, starving and stuck in their own faeces.

At Paisley Sheriff Court, the 43 year old was banned from owning, keeping or dealing in any animals and was told by the Sheriff his actions were “...an affront to any notion of animal welfare”. Despite the disqualification Mr Riddell’s household dog was not included in the order.

A Scottish SPCA inspector said she had never seen animals being kept in such atrocious conditions and was disgusted that Mr Riddell “...saw them as nothing more than a cheap food source for his reptiles”, which appeared to be well cared for inside his house.

While this case is an extreme example it highlights one of the growing problems which go hand in hand with the increasing popularity for keeping exotic and wild animals as pets. As the demand for more and more unusual species grows, so does the demand for bait to feed these species. It’s alarmingly easy to go online and order frozen mice, rats, hamsters, chicks, guinea pigs and gerbils as reptile food. At a couple of quid a go for a frozen rat it’s not surprising that certain individuals would try and look for cheaper ‘do it yourself’ options. While Mr Riddell was exposed and duly sentenced for his actions it’s a pretty safe bet that this is not an isolated incident of individuals operating a reptile bait production line in their own home. Our recent Pet Origins report highlighted other examples of cruelty associated with the breeding of animals as reptile food and our concerns about the welfare both of the keeping of these animals and the way in which they are killed.

OneKind is campaigning for better regulation of the pet trade in the UK which involves over 1,000 species and is woefully under-regulated. As part of this OneKind is pushing for a positive pet list which would identify which species are suitable to be kept as pets in a domestic environment. This is a system which is being adopted by other European countries with Belgium and the Netherlands having already legislated for the positive list approach.

We were keen to know what sort of reaction this approach would get in Scotland and are delighted that opinion polling has shown overwhelming support from the Scottish public in favour of a positive list system for pet keeping. The poll carried out by YouGov found that 87 per cent of Scottish adults surveyed strongly supported or tended to support the introduction of a positive list system for private pet owners while just 6 per cent strongly opposed or tended to oppose positive lists.

The same poll found that only 6 per cent of adults believed private owners in Scotland should be allowed to keep any species of pet they like, including exotic animals. Over eight in ten adults (83 per cent) thought there should be strict limits on the species of pet that private owners are allowed to keep. The figures show that the Scottish public is clearly well informed about the hazards of allowing just any animal to be brought into a domestic setting and kept as a pet.

At the end of last year we met with the Cabinet Secretary for Environment, Food and Rural Affairs, Richard Lochhead MSP to discuss the pet trade. As a result of this meeting, in February Mr Lochhead announced a full assessment of the trade and importation of exotic animals as pets. The legislation which covers pet trading pre-dates the internet which is where the vast majority of these sales take place.

Internet sales of exotic, non-domesticated animals include a wide range of species which are wholly unsuitable to being kept as pets including monkeys, meerkats, raccoons and raccoon dogs, iguanas, chameleons, boas and pythons.  Cases of abandonment of exotic species in Scotland are on the increase too, with recent cases involving guinea pigs, rats and rabbits, snakes, degus, an African Grey parrot and three canaries.

You can support our campaign by contacting your MP, MSP, MLA or AM asking them to support us in calling for urgent reform of the Pet Animals Act 1951. We are calling on all the UK administrations to work together to regulate the pet vending industry with specific focus on internet sales and the promotion of a positive pet list to reduce the number species which are unsuited to being kept as pets being sold on for a life of misery in a completely unsuitable environment.