Why standing still is this year&rsquo;s fundraising goal

Why standing still is this year’s fundraising goal

For the time being, fundraisers must work very hard simply to maintain the status quo with their supporters, never mind extending their reach, says Peter Maple

Many fundraisers in the UK will be very concerned with regulation, the new fundraising regulator and, in particular, the ways in which the proposed fundraising preference service  (FPS) may affect their ability to talk to supporters and potential givers. These are indeed serious concerns, but don’t begin to get near the huge continuing anxiety over Brexit, Trump, and the probability of increased social unrest. The pontifications of the Charity Commission, who are not even responsible for the regulation of fundraising as it is deemed a non-charitable activity, also don’t help.

However, I am personally convinced that as the year progresses, the elephant in the room will be a continuing decline in public trust in charities, stoked by further media revelations about poor practice and what are thought to be dodgy techniques. Already this year, we've seen complaints to the Fundraising Regulator go through the roof.

My own, continuing research interviewing committed philanthropists indicates an increasing resistance to appeals beyond those causes already supported. (Incidentally I don’t think philanthropy is the preserve of the very wealthy. Whether people give £10 per month or £1m a year, they are philanthropists because they have thought carefully about who they want to give to. There are a few differences, but the motivations and behaviours are, I find, very much the same.)

This bodes ill for newer charities trying to build support, and for those trying to react to humanitarian crises wherever and whenever they happen. The recent hefty fines levied on the RSPCA and British Heart Foundation, for the misuse of personal data is a clear indication that charities cannot assume they will be believed or understood when they make public utterances about how trustworthy they are.

Trust is not synonymous with confidence

What’s more, don’t think that these surveys about some recent increases in trust and confidence mean very much at all. As Adrian Sargeant and Stephen Lee discussed back in 2002, these words mean different things. Trust is not synonymous with confidence. If you have clear evidence that something is happening or going to happen, then you have confidence. It may not be 100% confidence but you’ll have a clear understanding of what to expect. You don’t need to trust. Conversely without hard evidence then you have to trust that (for example) the charity will use your money and personal details wisely. Hence surveys conflating the terms really are not of much use. It is a great shame that some so-called researchers don’t understand this.

As anyone who has followed some of my blogs over the years as a Grumpy Old Fundraiser will know, I also don’t believe that we can talk about donors. Donors are generous people who give blood and body parts. People giving money are, quite simply, givers. They are, if you like, supporters, and without them the organisation will fall down.

John Baguley, my good friend of long standing (not ‘old’, as another friend says, we’re just hugely experienced) sees 2017 as a year of positive thinking and innovative fundraising, combined with a reversal, he reckons, of the sad trend in the income of many charities, as we follow the success of those fundraisers following the money overseas, reaching the uber rich and adapting to social changes. I wish I could agree and not be so Cassandra like, but that is the way I see it I’m afraid.

That's not to say that I think it will be all gloom and doom. It is still in our own hands to respond to these challenges and change.

The importance of leading with gratitude

There is for example one thing we can do and indeed ought already to be doing. That is to lead with gratitude. What do I mean? Simply make saying thank you a daily habit. As Oliver Burkeman reminds us it apparently takes just 28 days to ingrain a habit. That is therefore something that we all could do. To engage in a little daily thank you, especially in a pursuit of successful fundraising and better relationships with supporters. So from today, why not spend at least 10 minutes on the phone and preferably 20, purely for the purpose of saying thank you to some of your supporters. That’s all. “I just called to say thank you.” Believe me, whatever supporters say, you cannot thank people enough and you will, if you listen, learn some amazing things about why your supporters give.

I would argue that this is a vital step in building, or rebuilding, that trust by our supporters in what we do and how well we do it. Speaking live at a charity event called How can charities adapt in 2017 in November, Debra Alcock-Taylor, chief executive of the Directory of Social Change, reminded us that it is all about telling appropriate, truthful stories, powerfully and cogently. She says that we need to reflect more on the fact that every time we succeed with our fundraising we are changing the world, in however small a way, for the better.

She reminds us forcefully (well it is Debra) that fundraising is about transformation, not transactions. Clearly a number of charities have either forgotten that, or feel under so much pressure that they act tactically in a knee-jerk reaction and chase the money, the individual donations, at any cost. We all know, if we’re honest that “send £3 to save the child” (or tiger or world) is a lie. Fundraisers and the profession of fundraising need to return to Ken Burnett’s model of Relationship Fundraising. It’s been around since 1996 and is as pertinent today as then. Possibly more so.

Focus on the case for support – and don’t push

Thus, in a very uncertain world, we’ll have to work very hard simply to stand still. In order to raise additional funds we must concentrate on the fundraising strategy. Get the case for support right. Tell powerful stories to the right people at the right time. Tell them what you are really doing to change the world. Listen to what they say and make sure you develop lasting relationships, not simply generate “go away” money.

Fundraisers and charities will need to be far more mindful of protecting those supporters who give already, and be very careful about attempts to extend their reach. There is, I believe, a real danger of a fall in public support from the currently high level of adults who give regularly to charity (69% in the UK against only 63% in the US according to CAF).

In America it’s already happening: charities are now more dependent on fewer people giving proportionately more money. It is up to us to ensure that trend doesn’t catch on here.

Peter Maple is a visiting fellow at London South Bank University researching philanthropy, teaches fundraising and marketing at St Mary’s University and is an active trustee 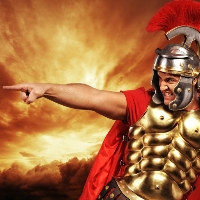 Put your top fundraisers on the front line 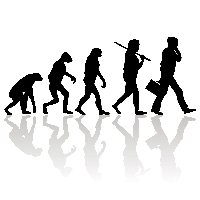 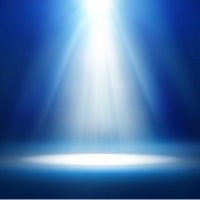