The digital conference, with the overlaying theme ‘Be bold. Be brave. Be better’, was hosted across five live webinars, offering attendees the chance to connect and share ideas with their peer group, participate in polls, question presenters in real-time and ultimately, stay connected to the wider fundraising community which, in challenging times, is especially important.

But what were the key takeaways from the series, that demonstrated to charities how to: ‘think like supporters’, ‘get attention’, ‘stay relevant’, ‘engage with the next generation’ and ‘motivate and empower’? Conference Producer Suzanne Watts presents her key takeaways.

Lush’s Simon Constantine’s keynote session at Future Fundraising delved into the rise in emergency charity appeals. In this, Simon expressed his concerns about how, since lockdown, many charities attempts at fundraising are indiscernible, as they all sound the same, just with a different logo.

When launching emergency appeals it is imperative that charities be authentic and think about the audiences they’re targeting to make their campaigns personal. For example, if you’re showing support for climate change yet continue to give away unnecessary plastic freebies, you aren’t being authentic and this won’t satisfy your supporters. To get their attention you must go the whole hog or not at all.

2. One team, one strategy

The Children’s Society’s Joe Jenkins taught attendees about the mindset change that has come about as a result of coronavirus and charity teams downsizing. Charities are now required to be a lot more flexible in their working, getting involved in fundraising areas they wouldn’t usually.

In the new digital working world, it’s key to realise the crossovers in fundraising which all relate to the fact that you’re dealing with a real person, not just a donor. The supporter relationship should be at the centre of everything you do and during these times it is about working together as a whole team to maintain that relationship (all without directly asking for money).

3. Being agile, brave and loud as a small charity

A discussion between Rachael Grocott, Bloody Good Period, and Lucy Radford, Sumatran Orangutan Society raised hopes about COVID donors, as both spoke about how their charities were stepping up during these times. It seems, for small charities at least, that donors have been incredibly receptive to new methods of fundraising trailed by these smaller organisations, which included the likes of direct mail and virtual quiz nights, getting thousands of people involved where in-person events would see just hundreds.

In their session we also learned how SOS have also been rethinking their use of celebrities. Rather than waiting for paid events to return to showcase big-name donors, which would see 100-200 people in attendance, SOS used the virtual world to host an event with British comedian Bill Bailey, allowing him to discuss his support for the charity from the comfort of his home. Bill gave attendees a tour of is home and garden, and even an introduction to his pets, which gave the event a personal and exclusive feel and raised much awareness and money for SOS.

4. The importance of personalisation and the long-game

A general consensus amongst attendees was that going back to the traditional method of picking up the phone to talk to donors was proving significantly more effective than sending out a mailing asking for a £20 donation during this time. What’s often forgotten is the value of simply asking people how they’re doing, without an agenda. This makes people feel a valued part of the network which, in the long run, could reap huge benefits for your organisation.

Leon Ward, Deputy Chair of Trustees at Brook and Programme Manager at First Give taught attendees that as well as targeting the younger generation as donors, we must start to look at them as potential trustees too. Becoming a trustee at aged 18, Leon was the usually the youngest around the table by several decades, yet the only one there that had actually studied how to be a trustee.

He made that point that without getting younger people involved in the running of charities, how can we really understand what they want? It’s all well and good guessing and using gimmicks that we feel we should – such as Instagram – but to what avail? Only true research that results in true personalisation of campaigns will benefit your organisation because charities need to consider the long-term journey of their donors too. While a young person might give £5 now, nurturing their journey for ten, twenty and thirty years could mean so much more.

Kathryn Holloway of Friends of The Earth taught a valuable lesson in these challenging times. This being that, while the issue at the heart of your charity might be at the forefront of your mind, during coronavirus, this might have to take a backseat, and that’s ok.

Climate change was at the top of the bill before COVID, however since the pandemic, naturally people are giving more to healthcare organisations and other related fields. So what should you be doing, and how can fundraisers ensure their progressive campaign messages are suitable for the new era?

The key seems to be low key campaigns that don’t go against work contributing to the fight against coronavirus. You can keep your messaging going and still build your community, but don’t expect to take centre stage as medical research will inevitably get the money right now. The important thing to remember is that the support is still there so don’t give up your efforts.

Fezzen Ahmed, Barnardo’s, and Natasha Johnson, The Children’s Society focused on how to get the black minority ethnic community involved in charities and raised some honest, yet concerning facts, about today’s charities’ recruitment strategies.

Fezzen discussed how many marketing materials arouse stereotypes for people that ‘look’ like beneficiary’s and ‘look’ like donors. While likely unconscious choices, charities must start rethinking their use of certain imagery to help BAME communities feel a part of the bigger picture charity sector and encourage them to get involved at all levels within the charity.

Natasha expanded on this topic stating that ‘it’s more than just about the business case’. Charities must adapt their strategies to attract BAME communities because it’s the right thing to do. These small changes are part of a long journey that will hopefully change the sector entirely, for the better.

8. Making digital events a sustainable part of your COVID strategy

Maria Waugh, Parkinson’s UK and Daniel Nerini, CLIC Sargent delved into the surge of digital events and reinforced the perception that the charities doing the best through coronavirus are the ones that made the quick switch. But how do you make these events sustainable?

The pair discussed the use of challenge events and how they’re making these events, which were once aimed at the elite, accessible and inclusive for everyone. With initiatives like running a marathon, by doing a mile a day for 26 days, while fundraising, these digital events can be sustained post-pandemic, to increase inclusivity for your supporters. Both Maria and Daniel are certain that whatever happens, a percentage of their events will always be virtual in the future.

It’s an interesting time to talk about the future of fundraising, as charities are still adapting to smaller teams and a funding gap, but it’s important to recognise what can be done now to help your organisation be successful, and to understand that many of these adaptations might actually sustain in the long term.

Use these techniques to stay relevant, remotivate your current donors and engage with the next your generation of supporters! 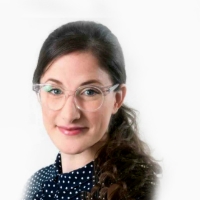 Making every interaction count: an interview with Anna Hessenbruch 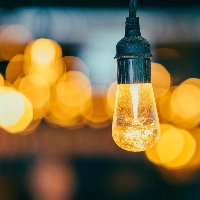 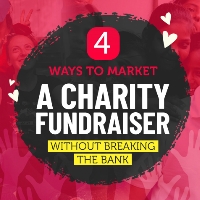 4 ways to market a charity fundraiser without breaking the bank