What charities can learn from recent media criticism

What charities can learn from recent media criticism

The sector’s handling of the media storm is an opportunity for charities to learn how to better respond in future, says NPC's Russell Hargrave

A few weeks ago, I found myself at a breakfast meeting for charity types. By chance, it was the same day that the Daily Mail splashed on wrongdoings at a fundraising company. The company, contracted by some household-name charities, had been caught on film teaching the tactics most effective for parting reluctant donors with their cash.

The allegations weren’t pretty. "Even if a person explicitly states they have Alzheimer’s or dementia", reported the Mail, “fundraisers are told they can still ask for money”.

I tucked into breakfast next to a former broadsheet journalist, who chose to voice some tough truths. “They won’t let this go now”, she explained, referring to the press’s appetite for more negative charity stories. “They will wring this out until it’s dry.”

Eye of the storm

She was right, of course. The stories are still coming. But I’m less interested in the behaviour of the media (which, as my breakfast companion understood, is pretty predictable) than in the response by charities. The sector as a whole – and a few individual organisations – found itself in the eye of the storm. Organisations, like people, can respond strangely to pressure.

Becky Slack, a journalist, fundraiser and PR specialising in charity comms, outlined to me how charities might deal with mounting pressure. Before scandals even appear on the horizon, she explained, charities should be “thinking through the potential stories that might involve them or impact upon their work”. They can prepare statements in advance, which can be ‘amended’ to fit a specific story: “This way they won’t miss out on vital bits of information that are all important but easily lost sight of as they sweat over a press statement that has to be filed within the hour.”

It’s good, sensible stuff: anticipate what’s coming, get ready, have answers and counter-arguments to hand. I would add one extra: It is crucial to acknowledge anger provoked in the public, even if you’re aggrieved at the media’s role in provoking it.

Some of the best responses in the last month have stuck close to this formula.

When the tragic story of Olive Cooke first broke,  three of the four charities named by the Daily Mail had information ready for the paper, detailing their communications with Ms Cooke. They recognised the importance of transparency; the gravity of the situation evidently hadn’t escaped them. When fresh scandal broke, Save the Children used the voluntary sector pages of the Guardian to outline a new ‘Supporter Promise’ which would protect potential donors from unwanted approaches.

Meanwhile when the RSPCA were publicly criticised by the Charity Commission, their spokesperson on the Today programme had up-to-date numbers to draw on, first to rebut those criticisms and then to reinforce the charity’s value to the government, all in a crisp couple of sentences:

“We have been working very closely with the Charity Commission, particularly over the past few years. We had them in only a month ago and they said they were very satisfied with what we were doing. […] the RSCPA does take over 80% of prosecutions, so essentially we do the government's job and save the government £50m or so each year.”

But charities have stumbled under pressure, too. Scan the websites of some involved and there’s no acknowledgment of the storm erupting around them. Twitter naval-gazing has gone up a notch among fundraising advocates. The charity trade press has hosted plenty of attacks on mainstream newspapers for publishing the stories, but acknowledgment of public disquiet has been limited to perfunctory references to sub-contractors who ‘sometimes overstepped the mark’ (the August issue of Third Sector magazine is well worth a browse on this front).

In the face of the Mail’s investigations, and the anger inspired in its readers, this all looks slightly anaemic. Among normal folk it may inspire that phrase usually saved for politicians and bankers: You just don’t get it.

Charities will get better at this sort of thing. The last month has seen good practice and bad, both opportunities to learn. There is a growing infrastructure to provide support, including the Understanding Charities Group and a Media Network Co-Ordinator being recruited by NCVO. In a perfect world, charities will push out the impact of their work more confidently to donors.

It’s been a tough few months. We’ll know a lot about the charity sector from its health when it emerges out the other side. 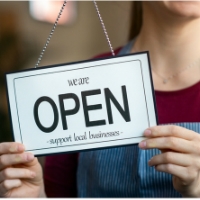 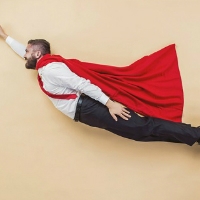 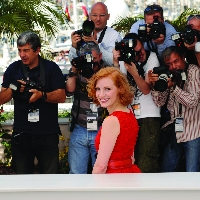 Using celebrity ambassadors to promote your cause