Waking donors up to workplace giving

Waking donors up to workplace giving

Workplace giving is an untapped income stream for many charities – so why aren’t more of us doing it, asks Peter O’Hara

Last month, the government launched a consultation on proposals to reform workplace giving. This form of giving (also known as “payroll giving” or “give as you earn”) enables companies and their employees to donate to charity directly through their pay. While it’s worth £118m to charities annually, only three per cent of all employees give to charity this way and only 54 per cent have access to the scheme. So, why are the numbers so low? Although the scheme is an exemplary way of giving, and the only way that higher tax payers can make sure that all their tax at 40% 0r 50% goes to the charity, the administrative process needs simplifying. Indeed, Nick Hurd, Minister for Civil Society, recently called it “a horrible scheme to work with, whether you are a charity, an employee or an employer.”

The coalition government has taken a sporadic interest in workplace giving, with this public consultation – delayed from last year – being the latest example. However, it’s difficult to see what else this could really tell us that the previous two reviews have not already. Those working with the scheme already know the changes that are vital to modernise this way of giving. The important thing now is to encourage the government to take action.

Foot in the door

This year will prove to be hugely challenging for charities. They need as many cost-effective solutions to fundraise as possible. Workplace giving is unique because it requires no risky investment. Not only that, workplace giving is often an untapped income stream. Research has found that 60 per cent of donors who give through their pay will not make another donation to charity. By working in partnership with professional fundraising organisations(PFOs)and businesses, charities can achieve outstanding results.

Salaries may not have increased by much recently, but we are still a nation of individuals who want to give; we just have to be asked. And, once a charity is through the door of a company, engaging its employees in creative promotions that are tailored to the makeup of the workforce is more likely to encourage people to sign up. Last month, Mindshare, a London-based media company, set out to see what could be achieved in just one day of promotion for a scheme that was only being used by one of its 380 members of staff. Before attempting to launch the scheme, Mindshare worked with Workplace Giving UK to develop a Charity of the Year partnership and, after a series of presentations and a staff vote, Great Ormond Street Hospital (GOSH) was chosen.

A fun and engaging campaign was then created to communicate the work of GOSH to the staff. A ‘doctors and nurses’ theme was used with an ‘open surgery’ set up in the staff restaurant, where staff could sign up to the scheme and nominate their charity of choice. The launch was promoted with a teaser campaign. On the day of launch, all the directors of the business and the HR team donned white coats and nurses outfits and went from office to office handing out a prescription detailing why it was important to give. Staff could chose to donate to the charity of their choice, but all donations that were made to GOSH benefited from an additional £10 donation from Mindshare.

This model can be replicated in workplaces across the country, with the potential to raise thousands of pounds for charity.

If your charity wants to take advantage of the benefits of workplace giving, it also needs to be a core part of the fundraising effort. When Mervi Slade was appointed Payroll Giving Manager for Save the Children, she knew that she had to impress upon her team not only how useful workplace giving could be, but also the importance of a proper promotional programme.

“My job is to incentivise our supporters to make regular donations direct from their pay and, when I joined Save the Children, I knew that it was important that as an organisation we showed the way,” she says.

“We employ 805 staff, with 700 based in one London office, so we had huge potential internally to raise funds, not only for us but for other charities that are important to our staff.”

Ms Slade says it is vital to gain support from the top to really make a promotion work. Save the Children was given the full backing of the senior leadership team, director of fundraising and chief operating officer, who all agreed that, despite never having tried it before, face-to-face promotions would be the most effective way to communicate with staff. The ‘Go for Gold’ campaign ran for two weeks with a prize draw and gold medals for all the new joiners, along with posters and hand-outs. A target of 10 per cent uptake was set and to boost sign-ups, an internal challenge was set between all the divisions, with a trophy prize.

Overall, 54 staff (including chief executive Justin Forsyth) signed up to the scheme. Twenty-one of those people chose to give to Save the Children, while 35 other causes were also supported. The scheme will raise £15,353 annually, with the average donation per person standing at £10.25 per month,

Workplace giving may not be a perfect science, but with creativity, face-to-face promotion and joined-up thinking between charities, PFOs and employers, it can be hugely effective. We can all continue to campaign for changes to the scheme but, for today, we must all work towards opening the doors that will allow us access to employees and create the environment in which people will want to give. 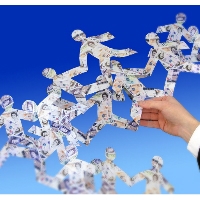 How the FSI can help your small charity achieve big things 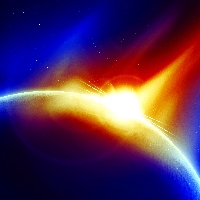