As charities clamour for market share, you need to keep one step ahead of the game. Regularly reviewing your brand and audience will enable you to remain relevant and engaging, says Andrew Cross

On Christmas Eve 1928, a small baby was left in the Sheridan Square Movie Theater. Since efforts to trace the mother failed, the members of the Variety Club – a social club set up by eleven men involved in show business – undertook to fund the child's living expenses and education. The club decided to raise funds for other disadvantaged children and positioned themselves as the charity that people in the entertainment industry supported.

To this day, we at Variety, the Children’s Charity (formerly Variety Club), have upheld our promise and continue to provide sick, disadvantaged and disabled children and young people with positive experiences. We are most famous for our Sunshine Coaches, which offer increased freedom for children who may otherwise not have the opportunity to enjoy trips out, or extracurricular activities. To date, the charity has provided over 5,000 specialist coaches and, in the last three years alone, 60,000 young people have benefited from these donations.

However, in September 2011, we found ourselves struggling to maintain the high level of donations from which we once benefitted, and to have our voice heard in an increasingly crowded market. We realised that over the years the market had changed dramatically, and our original reputation for being the ‘show business’ charity did not have the impact it once had. Nowadays many organisations look to celebrities to increase their profile and remain relevant to a younger audience, and since our ‘identity’ had been adopted by the majority of large charities in the public eye, we found our point of difference had diminished.

With a tough economy presenting real challenges to the charity sector, we realised we had to act, so we undertook a full evaluation of how we appeared to the general public, and how we engaged with them.

Working with an external marketing consultant, we used focus groups and independent awareness surveys to discover the public’s honest opinion of the charity and its position in the marketplace. We obtained quantitative and qualitative research from The National Opinion Poll and Target Group Index (TGI) about people’s perceptions of Variety, and the advertising agency Ogilvy volunteered to assist us with our assessment of the data.

It was clear from the results that we suffered from reduced brand awareness due to confusion over who we were, and how we were represented in our branding. It wasn’t just that other charities had encroached on our unique selling point of ‘celebrity ambassadors’; we had a deeper image problem as our brand appeared ‘dated’ to our audience, and we hadn’t progressed the brand in line with the modern, more competitive charity sector. This meant we had an ageing consumer profile and very little recognition among younger consumers.

People didn’t spontaneously think of us for donations and there was little understanding of Variety’s aims and the range of services we provide. However, when explained, it was clear that people approved of our work and would support it. To stay relevant in this competitive space, we had to rethink our brand image and needed to take action.

Our logo and name was the first port of call. The individual wording of the name ‘Variety’ and ‘Club’ was regarded as having little relevance to what the charity actually does. The word ‘club’ was seen to have exclusive rather than inclusive connotations. To avoid alienating our core donors we couldn’t replace the iconic logo altogether, so we decided to adapt our messaging to clearly show that we are a charity that helps children.

The long-established name ‘Variety Club’ was changed to ‘Variety, the Children’s Charity’. Supported by the existing image and with the strapline of “Improving young lives every day”, our logo is now a clear affirmation of the charity’s raison d’être, while retaining our original identity. The concept and design was handled internally by our marketing and communications team, and the rebrand was announced and revealed with minimum delay in order to give us a starting point for our long-term strategy to raise awareness and reclaim a prominent space for ourselves in the market.

As a large organisation with many full-time staff and volunteers, changing the habits of a lifetime – especially in terms of the name – is an ongoing process but we are progressively renewing all our branding materials and reviewing our website in order to help further convey our new message.

We had to consider our website’s ease of use and what it was saying to visitors. The crucial questions were: does it make people want to donate, and is it easy for them to do so? Variety decided to work with a new digital agency that could come to us with fresh eyes and talk to us honestly about what needed stripping away and what would make us appealing to a new audience. The new website launched in March 2012. Our Facebook page and Twitter presence are reaching newer audiences, and building our online presence as a result.

The rebrand and standardisation is just the start. However, the name and logo change is not a short-term, superficial solution and we are supporting this initial step with a deeper brand awareness programme. This includes working with a PR agency, on a reduced rate, to help plan our activities and ensure that every time we ‘speak’ to the public, we’re conveying the same three key messages that explain our aims and activities.

The use of celebrities by Variety has been key to its success since its inception, and we were pioneers in the UK with the use of celebrity endorsements via A-list stars such as Michael Caine and Sean Connery. We will continue to work with our existing celebrities but hope that by updating our image to speak to a wider, younger audience, and with a more defined identity and space in the market, that we’ll be able to engage new celebrity ambassadors who can help us secure more support and donations. This reinvigoration of the brand also means we’ll be able to go to new outlets – both celebrities and partners – who can be encouraged to come on board with a charity that takes positive action to ensure it maintains a competitive edge and is investing its resources to grow support.

Given the current pressures on consumer income and the increasing number of charities fighting for donations, we would advise any charity to undertake regular reviews of its brand and its audience. Having a great heritage is no longer enough, and investment in this type of review is well worth it to ensure that you can stay one step ahead. As well as maintaining donors, it ensures you continually grow and reach out to a younger audience who can support your good work for life. People can be incredibly loyal to a charity, as Variety has seen through its long-term celebrity ambassador programme, but you need to remain relevant, engaging and have a clear purpose and identity for each generation to ensure survival.

Andrew Cross is head of marketing and communications at Variety, the Children’s Charity 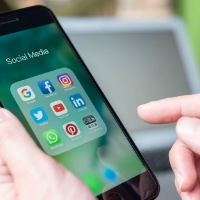 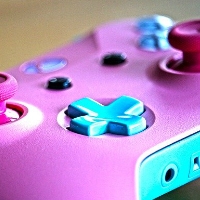 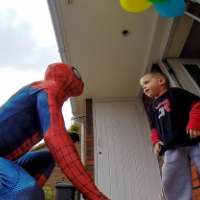 How Naomi House & Jacksplace flew with a superhero