What do you think is the biggest issue facing charities today?

It has to be balancing the ‘business case’ for using investment in fundraising and certain fundraising methods that have the perception (unrealistic, in reality) among many members of the public that charities should be run totally by volunteers and should not be spending money on things such as IT and marketing.

Perhaps the younger generations will ‘get it’ and realise that net income for beneficiaries is the most important measure of success, but I believe fundraisers will always need to accept that the charity sector is different.

What opportunities are there to restore the reputation of the sector?

The biggest opportunity we have is actually quite simple – it is changing our language. Much of the terminology that is used internally in charities (for example ‘segmentation’, ‘major donors’, ‘lifetime value’ and ‘upgrading’) has drifted out into communication with donors.

No donor is going to feel good about their relationship with a charity if they receive letters ‘signed’ by a ‘Direct Marketing Officer’. We need to think from the donor perspective (nothing new there) and reflect that in our narrative. More importantly though, when this kind of terminology is used in charities, fundraising becomes a numbers game rather than a way of empowering people to make a difference and feel great about their charity support.

Of course, we need to take a business approach and have budgets and targets to ensure we make efficient use of resources but we must avoid at all cost giving the impression that fundraising is the same as sales and marketing in a commercial organisation. Why do we talk about the size of our database when we actually mean the number of supporters we have?

What about the issue of remuneration of charity sector staff – does this need addressing?

Yes. I have been public in both justifying fundraisers’ salaries and criticising high levels of pay in the sector. I do not want the sector to be populated solely by people with private incomes or wealthy spouses. A salary of £60,000 (the amount above which needs to be stated in annual reports) is clearly seen as very high by some donors but for highly qualified, hard-working and dedicated professionals, who manage staff and big budgets, it is significantly less than they would earn elsewhere. The concept of supply and demand also has a place here.

However, some of very high salaries are paid in charities with relatively low annual turnover, which neither appropriate nor acceptable. Talented people who work in the voluntary or public sector make a choice: follow their hearts and do something that really benefits society or go somewhere where remuneration is high (and where there is nothing stopping them donating the excess to charity).

Where does great donor care start for you?

The start point is having a clear plan for managing donor relationships. We also need to be prepared to invest in this aspect of fundraising too so we don’t end up with annoying donors by not getting basic admin right. For me, it’s about seeing donors as people, not a number.

I would like to see fundraisers being empowered to communicate with supporters on a more personal level. Occasionally, a hand signed (even if pre-printed) postcard, instead of a formal thank you letter makes all the difference. Or a quick phone call to say thank you for a larger than usual donation (without an ask!) and going the extra mile for someone who phones in with a query.

In many cases this form of communication will only be possible with a tiny percentage of donors but it will help us to see donors as individuals, as opposed to an entry on a list. I can still remember conversations I had with individual donors over 30 years ago. I suspect there are some fundraisers who have never spoken with a donor.

What steps can the sector take to attract more talent?

Three things: firstly, everyone involved needs to see themselves as ambassadors for the sector. We have had challenges in recent years, but we need to move on. With not far off a million employees in the voluntary sector and thousands of trustees, volunteers and associated organisations, we just need to be ‘on message’ so that the sector is seen as one in which to aspire to work.

Secondly, we need to be proactive in getting the message out to talented people in schools, higher education and universities. Companies invest significantly in this by sending volunteers into schools, offering summer placements for top students and generally marketing themselves to the right audience. My experience of manning careers fair stalls is that we have a way to go before working in a charity becomes an aspiration.

Finally, more graduate trainee programmes. NSPCC led the way in the 1980s and there are some good examples in other charities now, but we have an opportunity to run a sector-wide scheme which could benefit small and large charities.

On the whole, do you think trustees have a better understanding of fundraising than two years ago?

Yes and no. I am seeing more and more trustees embarking on training courses to help them understand their responsibilities with respect to fundraising but I am also finding trustee boards appointing a trustee with fundraising experience as their solution to a knowledge gap. The danger of this approach is that the other trustees can all too easily fall in to the trap of using that individual as their assurance tool. ALL trustees need to understand fundraising and to know what fundraising governance involves.

Yes – as long as they are appointed first and foremost for their governance skills and not because they are expected to be, in effect, volunteer fundraisers.

Like many people in the charity sector, volunteering is in my blood so I am often found doing something to support my local community. Anyone who knows me will not be surprised to find I am currently a Speedwatch volunteer. The storyline in The Archers on the subject is just so true to life! (that gives away how I spend weekday evenings at 7pm).

At this time of year, you are likely to find me in the kitchen making use of all the produce from my allotment. Being enticed into doing a few long-distance charity bike rides some years ago ignited a passion for being on two wheels, so most weekends my husband and I will off on our local country roads, trying not to get worked up about the drivers who make a sport out of being abusive to cyclists!

What is the most out-of-the-ordinary thing you’ve ever done?

Trekking in remotest Chile with a fully loaded rucksack while 10 weeks pregnant! 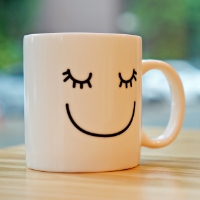 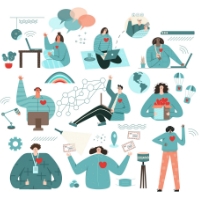 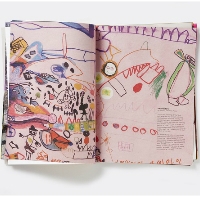 How to use your annual report as a fundraising tool