Sightsavers’ new director of global fundraising, Tobin Aldrich speaks to Jenny Ramage about his return to the organisation after 13 years away

Did it feel strange going back to Sightsavers after all these years?

Yes, because although it’s similar in many ways to when I worked there before, it’s also very different. The organisation has really stepped up its activities and it’s much more strategic now in many ways – such as measuring the impact its work is having. As a consequence of that, it’s now receiving quite large sums of institutional income that it didn’t have before, which is changing the organisation a lot.

Why is Sightsavers’ case for support so compelling?

It simply has one of the most powerful propositions there is: you give me £30, and I will make a blind person see. It’s an incredibly tangible proposition, which is very easy to engage people with.

What key goals does the organisation wish to achieve in the next couple of years?

It’s got major initiatives dealing with three of the biggest causes of avoidable blindness around the world: cataracts, trachoma and river blindness. It’s achieving this by working with health systems in the 30 countries in which it operates to provide equipment, outreach services and money to train health workers.

How does the international work you did at WWF compare with the work you’re now doing as director of global fundraising at Sightsavers?

WWF has a federal structure, so there are lots of independent WWF offices around the world, and while they collaborate with each other, no one’s really in overall charge. With Sightsavers, we’re looking to do things in a much more integrated way, so there will be a single fundraising strategy that will be deployed in all our offices, with the same sort of materials and television adverts.

Your website has a stash of free tools for fundraisers. Why is sharing so important in this sector?

While charities compete with each other to some degree, ultimately we’re all trying to do the same thing: improve the world. So it seems sensible to me that we should collaborate and share experiences. We all benefit as a result, and that result is better fundraising. A lot of sharing already goes on, but there could be more of it.

How well is the sector as a whole responding and adapting to new technology?

We could be better. Some senior leaders in the sector should be engaging more with technology – I’d like to see more chief execs on Twitter, for example. The larger charities, on the whole, are fairly progressive in this area, while the medium and small charities are less so. But there are lots of exceptions to this; Childs i Foundation, for instance, is fantastic in this area – its online presence and digital fundraising are great.

WWF was one of the first charities to introduce regular giving through PSMS, and in February it launched its Wildlife Mobile service. What have this taught you about the effective use of mobile technology?

Wildlife Mobile is working well for WWF, and I certainly believe that mobile technology is an important element of the way digital fundraising is going – which is basically all mobile. But it’s not a not a panacea, nor is it going to suddenly transform anybody’s fundraising any time soon. There is some way to go before mobile is a significant income area in its own right.

What’s been your best moment at WWF?

As a fundraiser, I just love the money coming in, so the day when we sold more than 2,000 animal adoptions for the first time was a really great moment. I’m also proud of the way we’ve managed to integrate our fundraising and communications departments, moving away from something that was too compartmentalised.

There is a lot of complaining in the sector about charities working in silos. But are there any functions that you think should be kept separate?

I don’t think any of the functions in any organisation should be kept completely separate. Of course you have to have some kind of organisational structure and hierarchy to pull everything together, and naturally, that can create divisions. But you have to have a joined-up strategy, with people linked into other teams, to get everyone pointing in the same direction.

How can charities make an issue tangible for supporters?

By focusing on a tangible outcome for their support. To give Sightsavers as an example, we’ve turned a complicated thing (preventing blindness) into something simple and tangible (a £30 donation). That principle can be applied to all sorts of causes. Ask yourself: what are you really trying to achieve? And how can you make that tangible enough for people to grab hold of? It’s about making your proposition as simple, emotional and compelling as possible.

In the current economic climate, to what extent should charities be spending time and money on recruiting younger donors?

I think they should be careful about spending too much time recruiting younger donors, because older donors are much more valuable to charities: they give more, and they give more reliably. It can be a terrible strategic error for charities to think they must go and get large numbers of younger donors because ‘younger people are the future’. By all means, once you’ve targeted older donors, start looking beyond that. But don’t start off with the presumption that what you need is lots of young people to give you money – it’s unlikely to happen.

What do you want Santa to bring you this Christmas?

The final season of Breaking Bad. I didn’t watch it on the telly but hope to get the box set for Christmas. I should make it clear at this point that this doesn’t indicate an unhealthy interest on my part in becoming a meth-amphetamine dealer!

Tobin Aldrich is director of global fundraising at Sightsavers

This article first appeared in The Fundraiser magazine, Issue 36, December 2013 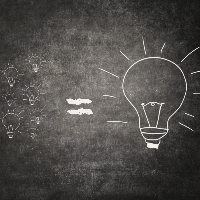 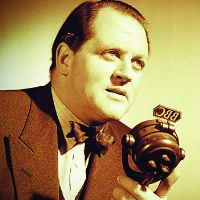