The days of one size fits all approaches to funding are long gone, so it is no surprise that more flexible match funding is increasingly popular. But is there a catch? Hannah Gannagé-Stewart reports

With the emphasis of the third sector moving increasingly to what is going on in local communities, it is no wonder that a funding stream aimed at community foundations has received a lot of airtime lately.

Match funding has many guises, but in basic terms it is an agreement that one donation will be matched by another. It is not a brand new idea, but it is something that the government and a number of trusts are advocating with renewed vigour since the economic downturn has put a squeeze on more traditional funding models.

The government’s giving green paper cites ‘empowering communities’ as the first in a list of ways that it intends to realise its big society vision. Where the localism bill aimed to hand back power to communities, the green paper details resources to make those powers viable.

Business, volunteering, philanthropy and social media are all highlighted as areas that will be key to giving, with encouragement from the government’s own schemes and initiatives.

Such a project, which has already had an impact for community foundations, is the Grassroots Endowment Challenge Fund. Originally launched by the government in 2008, the programme is administered by the Community Development Foundation (CDF). It offers successful applicants endowed funding of an agreed sum from the government so long as it is matched by their own charitable endowment.

The challenge is for charities and community foundations to use the match funding offer as an incentive to engage their donors and make sure that their target is matched. Depending on the terms of the Grassroots offer, different approaches could be explored for engaging the community to give.

In the case of Hertfordshire Community Foundation (HCF), the Grassroots Fund agreed to match a sum of £1,042,674 – equivalent to one pound for every person living in the county.

David Fitzpatrick, chief executive at HCF, admits that he expected the pound-for-pound matching incentive to be a no brainer for donors. And it seems that, to an extent, he was right. Donors that came forward at the launch of the campaign where asked what it was that had swayed them to give and they said that the trigger was the match funding pledge. However, they were clear that the cause was still the main reason they donated. No ratio of matching would have convinced them to give to a charity that they didn’t think would spend the money wisely and work for real impact on its beneficiaries.

HCF did discover more about how the match funding offer triggered donors to act though – it found that there were three major incentives to give. First, the chance to add value to the donation from gift aid or higher rate tax relief for major donors. Second, donors were attracted by the simplicity of the giving process. And third, they wanted the chance to have a say in what their donation would be used for.

According to Fitzpatrick, the match element of the programme made a real difference. “Without it, we would not have attracted another 30 plus donors to the foundation,” he says. “So, we have raised not only the initial challenge set by the government, but an additional tranche as well.”

HCF concluded that though the match funding in itself was not enough to encourage giving, it was a crucial incentive.

That view is supported in other cases, including research conducted by economists John List and Dean Karlan in the US. Their ‘Does price Matter in Charitable Giving’paper [1] uncovered some useful insights into the psychology behind match funding as an incentive.

Karlan explains that what is surprising about the match funding model as an incentive to give, is that the ratio at which the match is offered doesn’t seem to make a difference to the donors response. In other words, a donation could be matched pound-for-pound, as in the example above, or at a higher rate – but the campaign would be no more effective for it.

“The match did not work by making the give cheaper,” explains Karlan. “Instead, the match was expressing some kind of urgency to people, it was a signal from a big donor, who has more resources, who was saying ‘come and join me in this fight’.”

The Reed Foundation’s match funding website, The Big Give, has also capitalised on the motivating effect of urgency in a call for donations. In the same year that the government developed the Grassroots Challenge, Sir Alec Reed was conceiving a match funding scheme of his own.

As a major donor, Reed was frustrated by how difficult it was to intelligently allocate his gifts to the charities he wanted to support. In an interview with The Times, in December 2009, he said: “What I didn’t like about charities was being asked for money. I thought it was more sensible to choose who I wanted to give it to”.[2] A sentiment familiar from Fitzpatrick’s research at HCF.

He decided to put £1m up on a website, with the intention of using it to match donations of up to £5,000 per charity. They were given six weeks notice in which to raise the funds to be matched, after which the £1m went live online. It was gone in 45 minutes and The Big Give’s matched funding challenge was born.

The success of the initial challenge inspired The Big Give to make it an annual campaign, which has evolved in to the Christmas Challenge run today. But in order for it to keep working, the format needed innovating to make the most of the funds available. It couldn’t sustain giving away £1m every 45 minutes.

To ensure more charities had a chance to access the match funding challenge, The Big give sought sponsors to add to the match funding pot. And the challenge element was made fundamental to the appeal by time limiting it to one week.

In simple terms, once the charities have been accepted, they have to raise some of the money themselves. They are encouraged to use the campaign as an opportunity to ask trustees and major donors for the initial pledges, in the hope it will sugar the pill and attract higher donations.

When the challenge goes live to donors online, the Big Give’s sponsor fund is allocated on a first-come, first-served basis. This means charities need to encourage their donors to act quickly so that they obtain the maximum amount of sponsor funding possible.[3]

“What we’re really doing is getting all levels of donors to give in one challenge – almost pitting them off against each other,” says Ashley Bowe, managing director at The Big Give. “It’s people showing that they are really committed to their charities, which drives it forward.”

Match funding bears all the hallmarks of a traditional fundraising campaign but with the added benefit of tapping into that human desire to answer a pressing call to action. Not only is one pot of money matched by another, but new donors are attracted by the novel elements of match funding models.

There is also plenty of flexibility in match funding models, so you can adapt the campaign to appeal specifically to your donors. Karlan urges charities to make sure they know their donors before they launch a match funding campaign. Run tests to find out what elements of the match have the most appeal, and make sure that you are tapping into the emotional needs of the people that support your cause.

Karlan also raises two key questions about the effectiveness of match funding over a long period. “If you just do it once and raise lots of money, did you actually raise more money, or did you just get people to give now, rather than later?” he says. It is possible that if you don’t choose the right campaign to join, or design one based on what you know about your donors, you could simply be shifting your fundraising from one month to the next.

“The next question is, if you keep doing it, does it lose emphasis because it becomes too gimmicky, and your donors feel like they’re being manipulated? That’s certainly a risk and I haven’t seen any evidence on that yet but I’ve also not seen it tested,” he adds.

Although the community foundations and the Big Give have seen success over several years with its match funding campaigns, it is important to keep in mind there is no formal research to date on how effective these models are if used repeatedly in the long term.

The Big Give had to innovate its challenge after the first year, and have continued to modify it by attracting new sponsors to keep it fresh. As with any funding model innovation is key to success. Any campaign can stagnate if charities rest on their laurels.

[3] See the case study on p…. for more on the Big Give’s match funding challenge.

This article first appeared in The Fundraiser magazine, Issue 4, April 2011 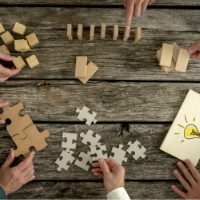 Fundraising strategy: where should I start? 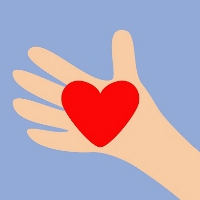 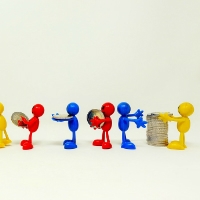 4 ways to keep your donors engaged during economically uncertain times