The Clare Foundation and trends in funding | The Fundraiser

For 22 years my wife, Carol, and I concentrated on one particular business with little time for anything else. Then in March 2008, we decided we wanted to give something. We were already supporters of a number of worthwhile charities but as we researched how we could get more involved, we realised the difficulties charities were having with their administration, efficiency and back office compliance.

Running a charity, I am told, is more burdensome than people realise. As well as employment laws and health and safety, there are Charity Commission regulations, Criminal Records Bureau (CRB) checks, trustee governance, and the list goes on. It’s a minefield for any charity, let alone the really small ones, as well as being time consuming and expensive.

In 2009, my philanthropic desire met with this issue of charity efficiency. We decided to start a charity to help similar organisations become more business-like.

The Foundation has two objectives. First, it’s a hub for local Buckinghamshire and Thames Valley charities. A proportion of its original funding was used to purchase the Saunderton charity hub, which is home to charities including the Child Bereavement Charity and The Cambodia Trust.

The Foundation’s second and wider remit is to help thousands of small and medium-sized charities across the UK to become more entrepreneurial, effective and successful and deliver more of their income to their beneficiaries.

We help charities navigate the shortest and safest route through costly administration and the red tape jungle that can often restrict the commendable work they do.

Our business volunteers can visit a charity and give a mini audit to help identify any areas that might need strengthening, support or training. We help with strategy, financial management, fundraising, marketing, websites, grant applications, and employees and volunteers motivation.

Seventy per cent of the charities we work with have annual incomes of less than £50,000, so if the Foundation can bring just a little extra efficiency and entrepreneurism to each of these smaller charities, we believe it will make a considerable difference. We hope this will then inspire other charities (even larger ones) to improve, resulting in a domino effect within the sector.

We would like to help with charity duplication within the sector. This is a tricky area as charities can become protective of their name, brand and staff. However, in my opinion it doesn’t make a lot of sense to have, for example, 200 charities for hearing impairment; 200 for sight impairment; and 500 cancer organisations. There must be overlap in the ways these charities operate and each should have its own administration, which can be shared or amalgamated. A few years ago, Imperial Cancer merged with Cancer Research. Similarly, Age Concern and Help the Aged became Age UK last year, so we know it can be done.

Could this happen with other smaller charities or should there just be closer collaboration? When does collaboration eventually become a merger? If charities have common values and exist to benefit similar causes, surely they can share resources?

The problem with the Big Society (commendable as it sounds in principle), is that the laws, regulations and the culture of 21st century Britain make it unacceptable and impractical for people to help their neighbour in a way they could and would have done just a few decades ago. If you cooked a meal for your neighbour, would you have complied with food hygiene regulations? If you entered your neighbour’s house would you have needed to be checked by the CRB? And what about risk assessment?

If the government really wants us to help each another, for all the best social and economic reasons, it needs to freely enable us to do so. Currently, the threat of litigation is likely to put off the most well-meaning Samaritan, but what is the answer? I think that a sensible reduction in red tape and the culture of litigation in the UK would certainly make a difference.

Like the government, entrepreneurs often get a bit of a bad press with philanthropy. However, I support the view that they eventually give something back to the community and are usually very generous.

Even though I realise my taxes generally go to redistribute wealth to help the needy and less fortunate within the country, I don’t like to pay any more than I need to. However, I’m more than happy to put my hand in my pocket and give money to charities that help similar groups. I suppose it’s down to trust and efficiency and who I believe will do the most good with my money.

It’s so important for charities to involve their benefactors. The Prince’s Trust is great at doing this – letting patrons see first-hand what good it does for young people. Similarly the Buckinghamshire Community Foundation has a ‘Seeing is believing’ project, which enables trustees to see the results of the grants and donations they make.

Donor feedback and information keeps the generous philanthropist keen to learn more and, of course, keen to give more!

The school has just 88 pupils and it had been a challenge for class teacher and fundraising co-ordinator Sally Thurlbeck to achieve much needed fundraising targets as she combined this activity with the full-time teaching commitment to young people within the school. The school uses many routes to raise funds at present, including hosting local community events and obtaining grants.

Last year, Sally spotted signs being erected for The Clare Foundation, outside the front of their recently acquired building in Saunderton. Intrigued, she phoned David Lawrance, the Foundation’s head of development for the Foundation, to find out more and immediately recognised how beneficial the services it offered would be to her.

The Foundation was establishing a charity hub, a collaborative community for charities offering flexible, subsidised, serviced office space for tenants. Conference and meeting facilities, training courses and hospitality areas are also included within the same location.

A key service is the subsidised fundraising training programme. This is a series of ten courses covering subjects including fundraising strategy, securing major gifts and obtaining funding from trusts and foundations.

The series enabled Thurlbeck to develop the school's core case for support, and then its fundraising strategy. Special events were planned, new volunteers mobilised and stewardship processes put in place. All the elements gained from the various courses contributed to raising new funds for the school and were deemed a valuable investment in its future.

“I’ve really benefited from the courses, which have given me the tools and confidence that I needed to build a planned strategy for fundraising at our School,” says Thurlbeck. “The courses have been very informative and have enabled me to shape and plan our fundraising, engaging with colleagues on all levels and working with their strengths and their areas of interest. This has meant a more professional approach, which has shown in the level of commitment now offered by our staff, parents and other volunteers.”

Mike Clare is Founder and Chair of Trustees of the Clare Foundation.

This article is based on Mike Clare’s speech at the Foundation’s Spring reception. It first appeared in The Fundraiser magazine, Issue 5, May 2011

Virtual events are here to stay 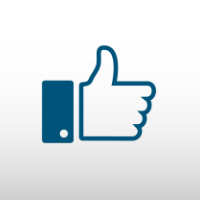 11 ways to generate leads and new supporters on social media

Hybrid Fundraising into the New Year