Is struggling to come up with pertinent small talk not your idea of fun? Helena Sharpstone’s survival guide will take you from networking no-show to chit-chat pro

Mention networking to a fundraiser and they‘ll confirm it’s a vital part of the role. Suggest actually going to a networking event and you start to sniff the fear. Across the page is my survival guide to get you through those inevitably toe curling moments – but before you dive in, it’s important to consider why we do and what we want to achieve.

We all know the world of fundraising is not an easy one right now. There are cuts in funding, everyone pulling back on activities, corporates wanting low-risk or no-risk investments, double-dip recessions and so on. But the truth is that no matter how tough things are, fundraising has never been an easy option or a lone-cowboy profession. Its heart is in team work and the development of relationships and alliances. To do it well, you need to engage in more than a smidgen of targeted and well thought out networking.

Commit to being both interesting to be with and interested in what others have to say, this reciprocity prevents anyone fleecing, or feeling fleeced by, others as part of the networking experience. It also ensures you gain the long-term benefits of networking: raising awareness for your organisation, receiving targeted leads and referrals, sharing ideas and solving problems with other fundraisers and becoming more influential in the sector, to mention a few.

This article focuses on face-to-face networking because that is the scariest type. These days, however, you don’t need to leave your desk to network, the wonder or horror (delete as appropriate) that is social networking has seen to that.

Personally I rate LinkedIn as an excellent professional networking site but it is only ever a way to start a conversation. If you want to take things further, nothing beats a face-to-face meeting. Treat social networking sites as a starting point and a great way to break the ice. When you want to pursue the conversation, find another medium. Facebook is marmite – you either engage with it or you don’t. Many organisations accept its value but prefer to limit its use which is fair enough, as most people use it for social rather than business networking. If this is the case for you, once again, use it as a start point but remember you are trying to develop professional networks, so it makes sense to move things away from Facebook to continue them on a more business-like footing.

Before any networking activity, you need to do some research. As a teenager during the 80s, with appalling taste in films, one of my favourites was, and still is, ‘Working Girl’ in which a secretary impersonates her boss to help her climb the corporate ladder. I’m not advocating this as a career strategy, however, I was struck by her lack of preparation before attending a networking event where she wants to meet one particular man. Melanie Griffith meets her networking target, Harrison Ford, but he doesn’t disclose who he is and she knows no different. Admittedly there was no Google in 1988 but still, she could have done some preparation. Nowadays it is much easier to do some online research on people and groups before you go, so there is no sensible reason to walk into a room full of total strangers. You will feel so much better if you have an idea about who will be there and whom you would like to meet.

In the fundraising world there are tailor-made opportunities in the form of special interest groups who meet regularly to share challenges and ideas and learn from each other and expert speakers. If you are not part of one of these groups, it is well worth finding out what is available to you and joining one you can benefit from and contribute to. If none exist that fit your particular needs you might consider setting one up of your own. It’s nice to be there in at the beginning – the networking somehow seems less daunting to founder members.

This article first appeared in The Fundraiser magazine, Issue 10, October 2011 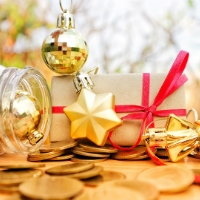 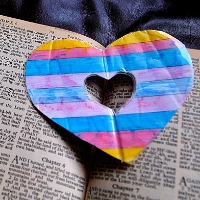 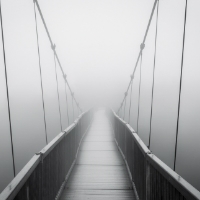 How digital will influence the future of charities