Six months on from RNLI’s pioneering move towards opt-in communications, Leesa Harwood reflects on the challenges and opportunities encountered in this brave new world

Since we made the decision in October last year to move to an opt-in approach to fundraising we have had numerous invitations to speak at conferences, write blogs and be interviewed.

There’s a real danger that we’ll be perceived as experts in this new way of working, when in reality we are more akin to pioneers – exploring a new fundraising landscape using our knowledge and experience to navigate the unknown. But whatever word you use, ultimately we’re just trying to do right for our supporters and fund our lifesaving work.

You could say that we were well positioned to make this move. By June 2015 we were already planning a radical overhaul of the way we generate income as a result of an organisational review in 2014. We had already deconstructed our fundraising department and started to embed fundraisers across the organisation. We had also recognised that if the increase in postage costs continued we would struggle to break even with our direct marketing activities by 2024.

Furthermore, we were starting to understand that we can engage with just as many people when they visit our lifeboat stations as we can through our database.

While the Etherington Report was not the reason for our decision to move to an opt-in approach, it prompted a change in pace, and we decided to bring forward our plans to give donors more control over how and when we contact them.

But even so, the decision was not an easy one. There is no easy way to make such a fundamental change. We knew that we would be sacrificing short-term income for long-term sustainability.

As it became clear that in real terms this could open up a £35m gap in our income over the next 5 years, we faced the harsh reality of the decision. With our reserves at between 9 and 10 months, we didn’t have deep pockets if it went wrong.

We also recognised that this decision would not just affect the RNLI. As the first major charity to take this step, our actions could have an impact on the rest of the sector.

So, we did what we always do at the RNLI when we have difficult decisions to make. We tested each possible scenario against our organisational values (selfless, dependable, courageous and trustworthy). We quickly realised that on those terms there was only one viable way forward.

An encouraging response from supporters

Since then, we have been getting to grips with the mechanics of how to give control back to our supporters, and the response has been encouraging. Our existing donors have always been committed and loyal; their response has been supportive and humbling. In some cases we have attracted new support because of the decision we made.

However, until we make our first approach and ask our supporters to tick the opt-in box, we simply will not know how much of our short-term income we have sacrificed in order to uphold our organisational values and protect our long-term relationship with supporters.

So as we brace for impact, everyone at the RNLI is ready to play their part to mitigate a drop in income. Our local fundraising volunteers are planning even more community events. Our lifeboat station volunteers continue to make sure that visitors receive a warm welcome on the coast. Our crew, lifeguards and flood rescue teams continue to make sure that our supporters’ money helps to save as many lives as possible.

What strikes me as I write this blog, six months after the decision to make such a significant change to our fundraising approach, is that this isn’t a fundraising challenge. It’s an organisational challenge.

Turning a threat into an opportunity

The one thing I underestimated back in October 2015 was just how galvanising this decision would be. After years of trying to integrate fundraising into the wider organisation, I find it ironic that the biggest threat to fundraising in recent memory has been the catalyst for the integration we have all been striving for.

The whole of the RNLI got behind this process with pride, confidence and (to be honest) trepidation. But because the decision was based on organisational values, not fundraising principles, it has resonated with people in every corner of the RNLI.

So, whatever the outcome, I have complete confidence that the people of the RNLI will find a way to make this work, because this isn’t a test of the fundraising team, it’s a test of the RNLI values. And they are priceless.

Leesa Harwood is director of community lifesaving and fundraising at the Royal National Lifeboat Institution. She will be speaking about the RNLI’s programme of organisational transformation at Fundraising Week 2016 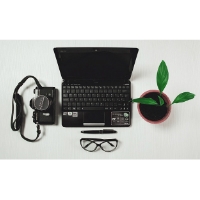 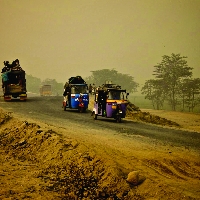 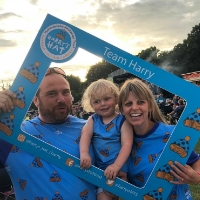