Mobile fundraising: You&#039;re nowhere without it

Mobile fundraising: You're nowhere without it

In today's fast-paced digital world, you've got to have a mobile strategy if you want to stay relevant, says Jenny Ramage.

Are you considering your mobile strategy? If not, you should be, according to Paul de Gregorio, head of mobile at Open Fundraising, a creative fundraising agency that is constantly looking at how charities can make it easier for people to give. "If any charity is to be relevant as technology improves and as more people use their mobile phones, it will need to ensure people can interact with the organisation using their mobile device."

If you've got text donations set up (which really, you should have had in place for a couple of years now), then you've ticked the first box. To date, no donation facility can compete with it in terms of speed and simplicity. But really, text giving is basic stuff. If you want to compete in today's market and beyond, you've got to be thinking beyond SMS donations and become completely 'mobile first' in your approach. As Paul points out, "the percentage of people visiting charity websites on their smartphones is increasing week by week, and yet far too many charities still don't have mobile optimised pages."

Budget and complexity are, of course, huge considerations for small charities with limited resources. Paul's worry is that those things will get in the way of what is fast becoming a necessity; donors expect a good user experience and if, when they land on your page, they can't clearly read the text, quickly find the information they need, or easily make a donation, they will promptly switch off. "I know budgets and complications are real issues for smaller organisations, but there must be a way to fix it, or those charities will be left behind by organisations with bigger teams and bigger budgets."

While it's the larger charities, in general, that are really pushing the boundaries in testing and using mobile technology to its fullest, there are plenty of great tools and resources available to forward-thinking small charities that recognise mobile as a crucial medium. Child's i Foundation, with just one full-time fundraiser and two other, part-time staff in the UK, has succeeded in becoming mobile friendly simply by making use of existing free technologies that are out there. "They understand how vital it is to make their website readable on a mobile device, and have made it a priority," says Paul. The charity customised the free micro-blogging platform, Tumblr, to create a simple and attractive web page that people can easily access and read on their smartphones. It's required very little development on their part; what it has taken, however, is an understanding of how the technology works.

It's this understanding that Marco Kuntze, head of international charities at Just Giving, thinks many charities still lack. "To understand what is possible, you need to have the right people on board, and be prepared to take a few risks", he says. "You need to make some sort of investment to change, to innovate, and to take advantage of the technologies that are available."

But, he stresses, innovation doesn't mean trying to build a social or a donation platform yourself. "Don't try and build new things when you have technologies such as Twitter, YouTube, the camera on your smartphone, etc. These services release brilliant new features every couple of weeks, and no charity can hope to compete with them. But you can make use of all of them - the majority for free." There are also, of course, customisable fundraising platforms like Just Giving and Charity Choice, which provide a range of tools to help charities of all shapes and sizes to tell their stories, raise funds and promote awareness.

Like Paul, Marco feels strongly that if you're not thinking about smartphones and mobile optimisation first, you're losing a vast number of supporters. "We've seen, for example, that 65% of emails are being opened on smartphones. This means that if you send an email that doesn't read well on a smartphone, two-thirds of your potential audience won't even read it." When you consider the waste this generates, the argument for mobile optimisation becomes even more compelling. 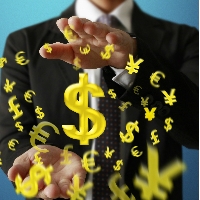 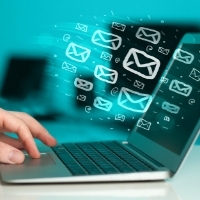 Detecting and Preventing Fraud with the help of Charity Checker 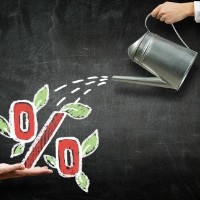