The Fundraiser chats to Paul Stein, previously of World Jewish Relief and new director of fundraising and engagement at MQ: Transforming Mental Health

Why and how did you get into fundraising?

To make a difference. I gained plenty of work experience at university, including spending three months volunteering at Oxfam’s London office (long since closed!) and from that point, I was hooked. I met with the careers advisor to gain some advice on pursuing a career in the voluntary sector, but he told me that I should instead focus on taking a job in a large multinational and only consider entering the charity world in the latter stages of my working life. Thankfully, I ignored him.

You see the best in people. It’s a real privilege to work in the sector and to experience the generosity of donors, whether it is a £1 or £100,000 gift. There is a great deal of self-fulfilment involved, and nothing quite beats the pride of that first donation to your charity. We have an obligation to make it as rewarding and personal as possible for our supporters and to make them feel they are at the centre of all that we do.

Give us an unusual fact that people might not know about you.

I am an avid supporter of Barnet Football Club. They are appalling.

What would be your superpower?

An ability to become a first-class professional footballer on demand, rather than an ageing amateur whose best days are long behind him! I can then rescue the aforementioned football team from near certain obscurity.

What has been your proudest achievement to date?

Making a success of my former job at World Jewish Relief – building a wonderful team and taking enormous pride in their development. Getting this new role at MQ was a direct result of this, and it’s a real privilege to be on board with this amazing new project. I really feel I’ve got one of the best jobs; it’s a cause to which I’m absolutely committed, and I’m extremely proud to be taking on this role.

If you weren't in fundraising, what would you like to do instead?
Professional footballer. But I am vertically challenged and totally one-footed, so it was highly unlikely that I was ever to succeed.

What's the best piece of advice you've ever been given?

Be the authentic you, nothing else. I have a great mentor who supports me in a pro bono capacity. He’s extremely experienced, wise and intuitive. I’m also fortunate to have had two great managers in the sector (Jane Porter who was at Macmillan Cancer Support and Paul Anticoni at WJR). I have learned a great deal from them both. Your relationship with your manager is all important. I like to be inspired and driven.

What's your best piece of advice for other fundraisers?

Learn at every opportunity. Never be afraid to make mistakes - just don’t make them twice. Be passionate about all that you do.

What three things would you take with you to a desert island?

A large boat, fuel and some GPS equipment. I am a people person, and don’t like being on my own!

What makes you happy?

Sleeping, exercise, spending time with my son and seeing people become the best that they can be. 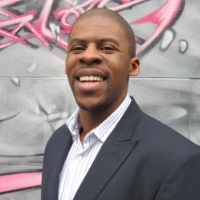 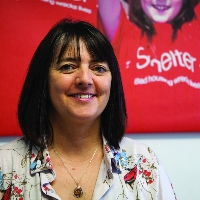 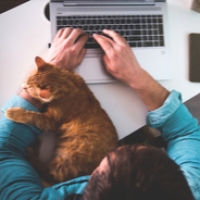