Let&rsquo;s be clear on the Lobbying Bill

All Posts
Posted in From the IOF Policy & Regulatory

Let’s be clear on the Lobbying Bill

The Institute of Fundraising is calling for more clarity around the Lobbying Bill. Daniel Fluskey explains why

When the Transparency of Lobbying Bill was introduced to parliament before Summer Recess, the focus was mostly on proposals to regulate lobbying and to set up a register of lobbyists. Regulating the access lobbyists have to parliament has been on the cards since the Coalition was formed in 2010, but delivering on the pledge to clean up what some saw as the ‘murkier’ side of public affairs has been tricky.

The Transparency of Lobbying, Non-Party Campaigning and Trades Union Administration Bill – to give it its full name – seeks to make the influences on the political process more transparent to the public. As well as dealing with trade unions and lobbyists, the bill brings in tighter regulation of the amount organisations can spend on political campaigning during election periods.

It’s a real cause for concern, introducing a definition of ‘activities for election purposes’, which is so broad and unclear that it could capture a range of day-to-day activities that charities carry out entirely legitimately as part of the campaigns they run.

Charities could well end up being the ‘collateral damage’ of this effort to regulate election campaigning. That was certainly the view taken by NCVO chief executive Sir Stuart Etherington, who in a letter to Cabinet Office minister Chloe Smith warns that proposals in the bill will curtail charities from speaking out on issues affecting the people and causes they support.

As well as widening the scope of activities that are caught under the concept of an ‘election purpose’, the bill also reduces the spending limit for third-party campaigners by more than half to £390,000, and widens the list of costs included in expenditure limits.

The bill certainly needs further work and clarity so that fundraising organisations are able to properly understand the implications of the proposals.

As currently drafted, the bill requires charities to report on expenditure related to ‘election purposes’, but the definitions are so loose that we don’t know what would be caught by this and what wouldn’t. There is a requirement in the bill for charities to report quarterly on donations that go towards regulated activities – but the sector needs further clarity on what this means.

For example, would a general donation to a charity need to be reported on if the charity used some of that money to campaign? Or would it only be if a donor explicitly gives money for ‘election purposes’?

Too tough on charities?

With the amount of spending permitted slashed by up to 70 per cent in some cases, the bill seems to measure those charities and community groups involved in legitimate campaigns with a far stricter yardstick than political parties.

All relevant costs, including staff costs, are to be reported on – would that include the costs of fundraisers? The list of things that could potentially come under this category seems endless, and could put an unnecessary and disproportionate burden on charities.

It also seems disproportionate that the bill would require all charities to report quarterly, even if they have not received any donations that would be eligible.

NCVO has warned that charities’ normal work and publications may suddenly become subject to regulation in the period before an election. A community group that campaigns in favour of or against a local bypass road proposal, or on local health services, for example, could become subject to the rules.

Under the rules, if a charity or community group expresses its view on an issue, even though it must be party politically neutral under charity law, it could still be deemed to have had the effect of supporting a party or candidate’s election campaign. They would then be subject to the demands of regulation that could dramatically limit their work.

This bill challenges some of the activities central to the charitable objectives of many voluntary organisations. It seriously threatens their ability to represent the needs and concerns of their beneficiaries and is likely to hamper fundraising activities. Its passage through parliament is unlikely to be an easy one.

Daniel Fluskey, head of policy and research at the Institute of Fundraising

This article first appeared in The Fundraiser magazine, Issue 32, September 2013 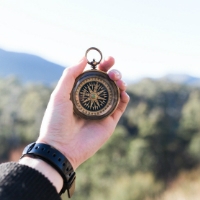 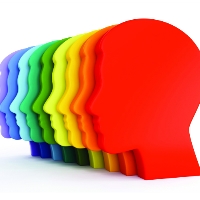 Face-to-Face Fundraising &ndash; It&rsquo;s Not Over Yet 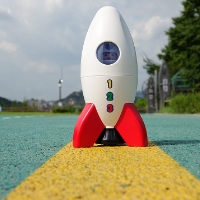 Words of wisdom: &ldquo;We&rsquo;re all helping send rockets to the moon&rdquo;