Legacy fundraisers: is your job title letting you down?

Legacy fundraisers: is your job title letting you down?

Trends in the legacy marketplace currently look positive. In their recent analysis of the market , Smee and Ford found that 37,261 generous people left legacies in 2015, donating an amazing £2.3bn to non-profits. This is the highest number of charitable estates ever recorded by the data analysis firm.

Similarly, according to Legacy Foresight’s Legacy Monitor, both legacy income and notifications remain strong, with a 10% increase in income across the 12 months until June 2016. Their analysis saw legacy values reach record highs with the average residuary gift reaching £60k, and the average pecuniary £4k.

With legacies being such high-value gifts, even small improvements in practice can make a significant difference to income, while a better understanding of what donors want can help us develop better donor experiences. There are a number of takeaways that recently published academic papers can offer legacy fundraisers to improve the way they identify, talk to and steward potential legacy donors.

One question that crops up time and again in conversation in the legacy world is what’s the best job title for a legacy fundraiser? Or, more precisely, what job title is most appealing to donors? Lots of people will offer opinions on the question, but up until now, we haven’t had any real evidence as to what works from the donor’s perspective.

In the study, James sets up four different giving scenarios and asks respondents who at the charity they were most likely to contact in each scenario, giving them various job titles to consider. In total, he tested 63 different job titles.

He classifies the various different job titles in three ways:

The poorest performing titles in the study tended to be those from the institution-centred group. James found that, of the thirteen lowest-performing titles, eleven included the words ‘development’ or ‘advancement’.

The better performing job titles were those that were gift- or donor-centred. However, some of the gift-centred titles performed well in one situation but not others – for example, perhaps unsurprisingly, ‘chief real-estate gifting officer’ performed well when donors were asked who they would contact if they wanted to make a gift of real-estate, but not so well in other scenarios.

Given the issue with very specific titles outlined above, James identifies that more general gift-centred titles (e.g. chief individual gift officer) or donor-focused titles may fit a broader range of situations. However, he also identifies that there might be an ethical issue with titles that suggest the bearer is there purely to represent or support the donor (rather than their own organisation), or is able to offer independent advice. He suggests that, although not the very top performers, titles like ‘chief donor relations officer’, ‘chief donor officer’ or ‘director of donor relations’ might help to overcome this issue.

Paper 2: Exploring the role of storytelling in legacy giving

Having thought about who does the asking, the second paper (also authored by Professor Russell James with some input from me), examines how to make the ask in the most effective way. Specifically, we look at the effect of stories about other legacy givers on intention to leave a gift.

In the paper, entitled We the living: the effects of living and deceased donor stories on charitable bequest giving intentions, we used an online survey asking people to rate their intention to give to various charities. We then asked them to read stories about people who were leaving legacies. The stories were framed so the donor was either alive (i.e. someone who had recently signed a will leaving a legacy), or dead (i.e. someone who had died and left a legacy), although in either case the donor was the same. After reading the stories, participants were asked about their likelihood of leaving a legacy. There was also a control group who weren’t given any stories.

It might be that reading stories about other legacy donors helps to establish legacy giving as a social norm – indeed, there is other evidence to suggest that social norms may have a positive influence on legacy giving.

Paper 3: Looking at stewardship and the question of ‘when’

We’ve looked at who should ask, and considered a particular dimension of how. The next paper – The Timing of Final Charitable Bequest Decisions – looks at who gives, and more particularly, when they give. It’s again authored by the prolific Professor Russell James, working with Christopher Baker, a research fellow at Swinburne University of Technology in Australia. It problematises the idea that legacy fundraisers should seek to focus on their middle-aged supporters, arguing that legacy giving is dominated by decisions taken in old age and at the end of life.

James and Baker start by examining over 3,000 Australian probate records, looking at the age of the donor when the will was signed, and how long it was signed before death. They found that over three-quarters of legacy dollars were from wills signed at age 80 or older, and that the majority were signed within five years of death. The authors do point out, however, that earlier discussion, and indeed, earlier non-probated wills might have influenced these final documents.

The authors then examine data from a US-based longitudinal survey of people aged over 50. The survey includes a question as to whether people have included a charity in their will or trust. (Where the original survey respondent has died, their heirs will be interviewed as to what happened with the estate.)

They find that 60 per cent of plans were added in the five years before death. However, those who had reported having a legacy gift in their plans since joining the survey gave higher-value gifts: they made up 18% of gifts, but gave 37% of the value.

One of the most significant findings for me, is that only 55% of gifts stay in wills for longer than 10 years. The authors point out that these findings contradict earlier, snapshot research which suggested that once a donor included a legacy in their will, they rarely removed it. It underscores the vital importance of understanding legacy donors, and stewarding them appropriately.

Paper 4: To whom, or what, are donors loyal?

In the light of the findings about changes to wills above, marketing professors’ Walter Wymer and Sharyn Rundle-Thiele’s 2016 paper, Supporter Loyalty: Conceptualisation, Measurement and Outcomes  may have some particular relevance for legacy fundraisers.

The professors begin by differentiating supporter loyalty from supporter retention, arguing that often in the sector, we conflate the two terms, talking about loyalty as the length of time for which people give or similar. Instead, they define loyalty as emotional attachment and devotion to a particular organisation. They argue that emotional attachment might well lead to a higher number and value of gifts – as per traditional ‘loyalty’ metrics – but also potentially to volunteering, fundraising and, particularly interestingly for our purposes, legacy giving.

Their study finds that feeling a sense of loyalty has a statistically significant impact on stated likelihood of legacy giving, but the effect is relatively small.

However, the paper also examines what it is that supporters feel loyal towhen they express a sense of loyalty to an organisation. They find that people firstly feel loyal to the cause: the mission and purpose of the organisation, then the organisation’s beneficiaries, then finally staff, volunteers and donors. 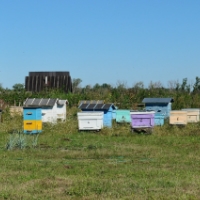 Is social investment right for your charity? 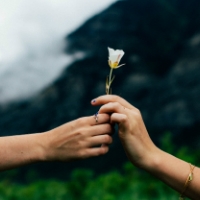 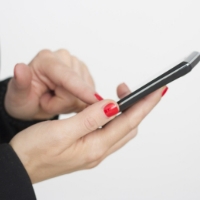 Mobile fundraising: You&#039;re nowhere without it