Nick Duncan is Legacy Officer at St Nicholas Hospice Care and this year’s ILM Student of the Year, achieving the highest mark in the UK in last year’s CiCLA exams. In advance of Excellence in Legacy Administration 2019, he spoke to us about the importance of collaboration among charities.

Nick, briefly talk us through your professional background, leading up to your current role at St Nicholas Hospice Care?

My professional background involves 25 years with a major international accounting firm as a capital taxes specialist and I’ve been a restaurateur and a guitar shop owner in my time.

I began working at St Nicholas Hospice care as Legacy Officer in March 2015. My role now involves looking after legacy marketing, administration and in-memory giving. It’s my job to promote leaving gifts in Wills and to liaise with families, executors and lawyers about gifts that have been left to us to ensure that the deceased's wishes are honoured. In a number of collaborative cases I have also acted as charity lead.

What are the core challenges for legacy admin professionals today?

For most, the key challenges are managing other people’s expectations, working and negotiating with lawyers (e.g. over things like the wording of a clause in a Will) in collaborative, non-aggressive ways and complex tax calculations.

Having to deal with bereaved people is also difficult whether face-to-face or otherwise. A lot of sensitivity and empathy is required in order to be aware of, and effectively respond to, people in these situations which requires experience.

Delays in the probate process and the role of Smee & Ford in the notification of legacies have also proved a challenge for legacy professionals in recent times.

Your session at ELA 2019 will focus on ‘the power of collaboration’. Tell us about a time when St Nicholas Hospice Care have collaborated with another charity.

One particular occasion when St Nicholas Hospice Care was called upon to collaborate was when a lady living outside of our area left money to the Hospice and three other charities. In this instance it was more appropriate for one of the other charities to lead as they resided in the locale where the lawyer was based and had a pre-existing relationship with that lawyer.

After routine proceedings had taken place, each charity was given the final estate accounts to review. However, upon doing so I had to stop proceedings and advise the other charities not to sign the accounts as the lawyer hadn’t pursued the proper Section 117 procedures to dispose of a property that has been left entirely to charity. Because of this, I was concerned that they hadn’t completed the sale contract properly, nor undertaken the tasks required at the land registry or calculated the tax position properly.

As the lead in this case had a long-standing relationship with the firm that they didn’t want impacted, and because of my tax knowledge, they allowed me to take over and speak with the law firm to mitigate the situation. In the end the firm accepted their mistakes and covered the costs of the additional tax liability rather than the money being taken from the estate.

The tax area puzzles people the most, and if you don’t have the expertise it is tricky. However, it is an area of expertise that I’m fortunate to have and it works well within collaborations because somebody needs to take a lead and communicate with executors and lawyers when these issues arise.

What are the benefits and pitfalls of collaborations between charities?

There are certain obvious benefits for charities without legacy officers. I’ve worked with a small national charity where the person I communicated with was the CEO who spent half of their working week in hospitals. With no legacy, legal or tax background, they were happy to leave it to me to deal with everything arising from the estate that involved lawyers. It benefits charities to tap into expertise they don’t possess, and for charities with that expertise it’s about recognition and showing people we’re here to help. As a small local charity, it’s about getting the St Nicholas Hospice Care name out and about.

A pitfall of collaborations is that, as in the aforementioned example, you might agree to somebody leading who doesn’t possess the particular skills needed and you end up in a compromised situation. The key for the lead charity is to act objectively to protect the interests of all charities, to make sure that things are being done in the right way and to communicate thoroughly and honestly if something arises which is outside the experience of the leader. I would wholeheartedly recommended charities to work with others and to tap into the different skillsets within the charity legacy admin sector.

When would you advise a charity to not work with another charity?

Unless there are obvious conflicts of interest, I don’t think there are any situations when you shouldn’t collaborate. I’ve worked on a case where we were given 50% of an estate after being named in a Will but the other 50% had been left to a charity that had never existed. There was no lawyer involved at this stage and the proceedings were being left to elderly lay executors and a financial adviser who lacked the skills to deal with the estate.

Resolving the situation took a lot of “leaning” on people to get the proper legal advice so that a charity could benefit from this 50% share, as the deceased intended. There are processes for this and I had to advise on how to go about it and in the end, there were two charities which could have benefited who decided to share that portion of the estate. While I had no interest other than to see that we received our 50% share, it fell to me to start the conversations between the charities to get them to talk to the lawyers and negotiate the agreement.

What is the key takeaway from your session at ELA 2019?

Collaborating is a very valuable thing to do. Charities should put their heads together to be more efficient and equip ourselves better by learning from one another’s experience. It’s about being open to gaining knowledge from others.

It is also desirable to encourage collaboration with the legal profession to help them understand that charity legacy professionals have skills that can help them. It’s not about handing us a letter telling us we’ve been named in a Will, then months or years later releasing a set of accounts to us to approve. We should encourage lawyers to use the skills within the charity profession. While there are some charity professionals that just ‘bank and thank’ that’s not what we should be doing. We should be engaging on professional terms with lawyers and understanding what they’re facing with regards to each estate and reacting appropriately.

Collaboration between charities and professional communication with lawyers will raise the profile of charity legacy practitioners and encourage the world to see us, rightly, as skilled professionals with the expertise and experience to influence the outcome we all desire – to see that the deceased’s wishes are fully honoured for the benefit of us all.

Nick Duncan will be speaking about 'The Power of Collaboration' at this year's Excellence in Legacy Administration, alongside Val Tabor, Bernardo's and Alison Rirsch, WaterAid. Find out more about the event. 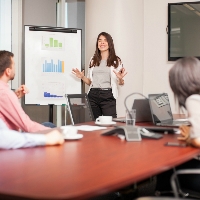 3 tips to win a million-pound pitch 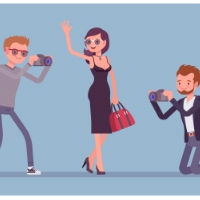