Michael Dent, director of fundraising at Alzheimer’s Society, tells us about his ambition for a one-team culture, his plans for this year’s Memory Walk, and the best current opportunities for large charities

Why and how did you get into fundraising?

From an early age I always had a natural entrepreneurial flair, doing things like setting up a local lawn mowing business when I was a teenager. My degree was in Business Studies and I was keen to focus on making a million as fast as possible. But, after volunteering in Belize and seeing so much poverty there, I decided I actually wanted a job that helped people. As I’d always liked marketing and business strategy, a fundraising career was the obvious way to combine my talents and interests.

Before joining Alzheimer’s Society in April, you were head of mass market fundraising at Macmillan Cancer Support. How do the two roles compare?

I have a much wider remit in this new role, being responsible for all areas of fundraising rather than just mass market fundraising. This has meant I have been able to develop a much more joined-up approach to fundraising and build a ‘one team’ culture, which I believe is most effective for a charity like ours. I’m now also a member of the executive team, which has given me a fantastic opportunity to help drive forward the organisation’s new strategy, which we are very excited about launching next year.

Where do you think the best opportunities for large charities are to be found today?

I would say one is our fantastic ability to use insight to really understand our supporters’ motivations and behaviours. Another has to be the chance to build a culture of innovation, in which we develop new products that engage priority audiences and ensure we have the biggest impact with them as possible.

What would you personally like to achieve at the charity in the next six months?

Build a one-team fundraising culture that puts the supporter at the absolute centre in a really holistic way, and then lead that team to a record-breaking achievement, for example with our flagship Memory Walk event. We launched Memory Walk in July for the 14th year in a row, and aim to raise £6.4m. And we hope that next year will be even bigger and better.

Can you tell us how you've personally been connecting with supporters there?

Being on the frontline of fundraising is important to me because this is when I am able to actually meet and speak to our supporters. I find that people on the frontline often have some of the best ideas and a really good understanding of potential challenges with fundraising. When I joined Alzheimer’s Society’s cheerers at the London Marathon when I was just a month into the job, I was so impressed with the passion and enthusiasm of our supporters – as well as of course the runners, many of whom were running in memory of loved ones. The other week I joined Alzheimer's Society’s Customer Care team to help out and answer calls, and it was lovely to speak to such enthusiastic and passionate supporters, each with their own story about why we’re important to them and why they want to help.

What has been your proudest moment?

There have been a number. I am probably proudest of building the biggest Charity Lottery from scratch when I was at Macmillan. Our Coffee Morning broke 200,000 registrations, and we made £20m. I watched the rising stars of my team shine and get new director jobs in their own right!

Currently running more than I normally do – me and a best mate are training for the Royal Parks Half Marathon in October, and I’ll be running for Alzheimer’s Society. Other than that I have recently taken up improvised sketching, and I also love to travel.

Give us an unusual fact people might not know about you?

I have visited over 52 different countries around the world – the favourite being Belize where I spent six months working as a voluntary teacher in a Mayan village in the jungle with no electric or running water. A life-changing experience.

What do you most love about being a fundraiser?

The excitement of waking up every day in the knowledge that you’re making a positive difference to someone's life. Sometimes that’s through organising huge fundraising events that raise millions, and other times it can be much smaller things that can make the biggest difference – like speaking to supporters on the frontline.

Michael Dent is director of fundraising at Alzheimer’s Society 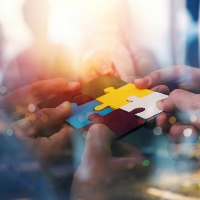 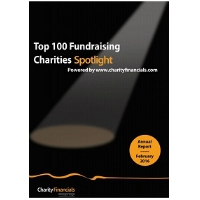 Fundraising results and outlook for the top 100 UK charities 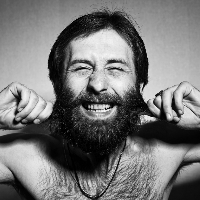