How to run a magnificent major appeal | The Fundraiser

Thinking of running a major appeal for your charity? Giles Pegram gives his expert tips on organising a successful major appeal.

A major appeal can transform a charity’s fundraising. Whether large or small, you will find new volunteers, new staff members, new ways of doing things and new donors.

Putting together the board

An appeal board can be put together in three stages:

All of this is easier said than done. It’s not always easy to get volunteers onto boards. Meetings of the steering group can be fairly chaotic; particularly the first one. People challenge the case for the support, the target and the need for an appeal. It can seem daunting, but you need to be single-minded in your resolve to get them focused on the appeal.

Remember, your volunteers would not attend a meeting unless they wanted the charity to succeed. A good national appeal board meeting will have interaction, peer pressure, people helping each other, people coming up with ideas and, most important of all, people leaving the meeting feeling better than when they arrived, with actions having been agreed that will make more money.

It does take time to get people engaged to the level required for them both to open their wallets, and to persuade their contacts to give too. For the next two years, the appeal is likely to be driven by staff cajoling the volunteers. Eventually, though, the appeal will acquire critical mass, and from that point onwards the volunteers will drive the appeal, and the staff will support them.

A key tool for the fundraiser is the gift table. This table shows how many gifts are required, and at what level, starting with a lead gift - usually around 10 per cent of the total - and then cascading downwards.

The gift table needs to be top heavy. Something like 70-80 per cent of the total needs to come from a relatively small number of large gifts. Given that you need eight prospects to engage four people to get one gift, if you don’t have a top-heavy gift table you greatly increase the pressure further down the gift table, and make it impossible for staff to support that many engaged people.

It’s important that your board members know they are expected to contribute to the appeal themselves, and the gift table also sends a signal to the appeal board’s chair and members about their level of contribution. Don’t expect the chair to give the highest gift; he or she needs to make a gift that is appropriate within the gift table, but the likelihood is that the biggest gifts are going to come from people you don’t even know at the beginning of the appeal.

The gift table also shows how you expect the money to come in, and the resources you’re going to need to deal with the number of prospects. Furthermore, it provides a very simple and conspicuous tally of success. As the boxes get populated, this has an enormous motivational effect.

Finally, remember that a gift can be a gift of money, but can also be a corporate adoption or promotion, an event, a media adoption, a sponsored event and so on, all of which have a monetary value.

All the above applies equally to a large national charity, or to a small local charity such as a church wanting to replace its steeple. This is a very simplified view, and to run successful appeal you will need an experienced appeal director, or at the very least a consultant who has been through the process.

Giles Pegram CBE was appeals director of NSPCC for 30 years, during which time he organised the Full Stop Appeal, raising £274m. He now works as a consultant. 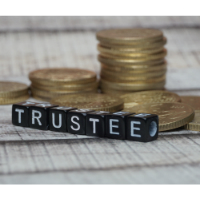 500+ legacy fundraisers come together online to collaborate and share insight