How SolarAid embraced failure – and won

Are you focused only on fundraising success? Discover how SolarAid’s radical new approach to failure proved to be a game-changer

One of my most extraordinary moments as a fundraiser was when a donor was happy for us to fail. In fact, it was a requirement of their gift. 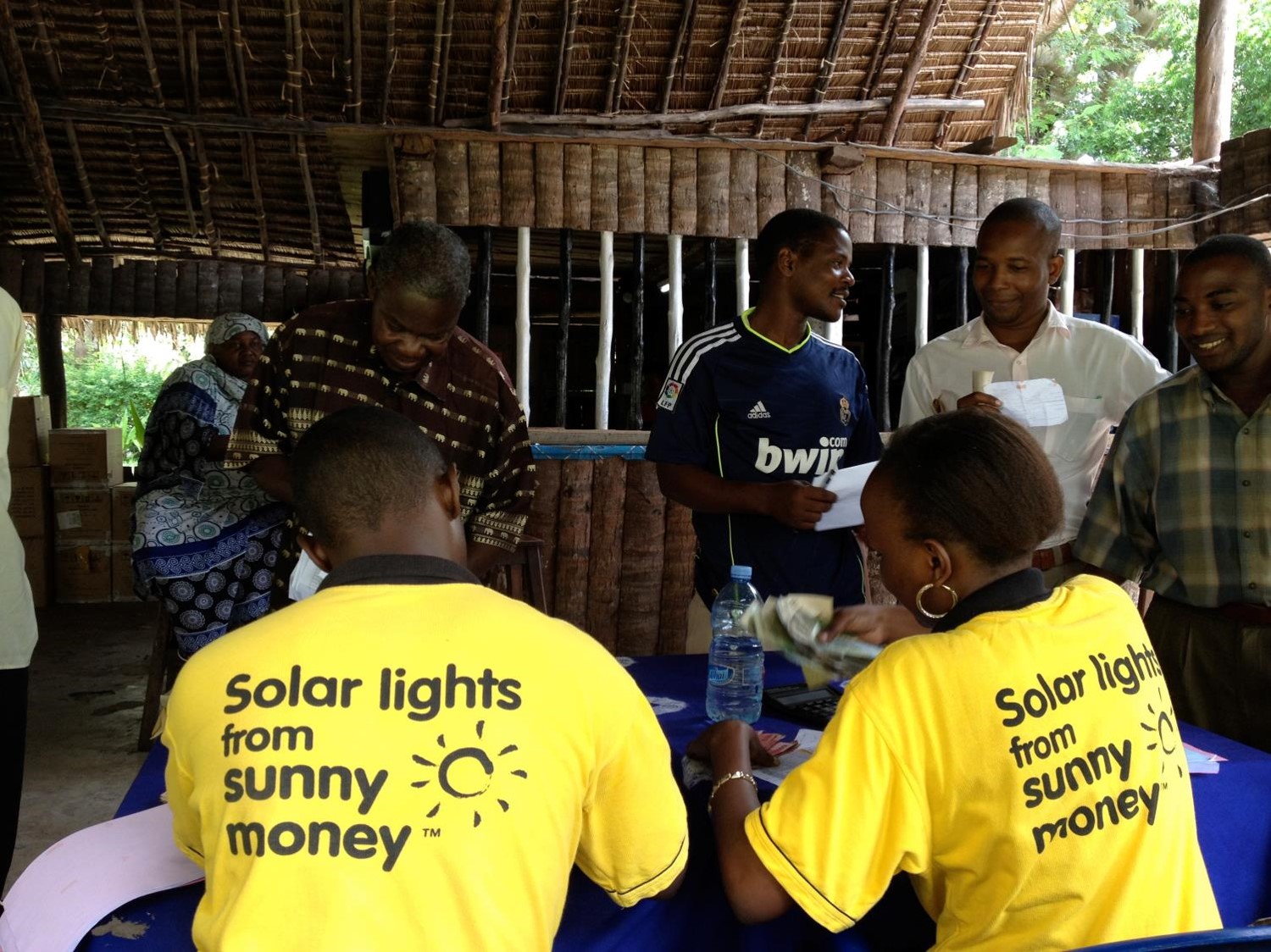 It occurred when SolarAid attracted a major gift to fund an innovation unit we wanted to run called ‘SunnyMoney Brains’. SunnyMoney was the name of the social enterprise the charity had set up – promoting and selling solar lights at a fair market price in Africa. The ‘brains’ unit, initially based in Kenya, was going to try alternative ideas to get solar lights into the hands of people who needed them most – families who use dangerous and costly kerosene lamps for light.

What was extraordinary was the comment the donor said to me in confirming their generous donation: “I expect most of the projects this funds to fail”. It was their first donation to SolarAid.

What has worked once doesn’t always work again

SolarAid is an organisation that embraces failure. Let me give you an example. When we set out on our mission in 2011 to eradicate the kerosene lamp from Africa, we were only distributing a few hundred solar lights. Excited about a possible new approach in Tanzania, I recall how I followed the programme team as we visited schools near Kilimanjaro to help boost awareness of solar lights in the community. We were convinced this would lead to a large take-up of solar light sales based on success SolarAid had achieved on an island called Mafia off the coast of Tanzania.

Yet after several weeks we realised it just wasn’t working. We had failed. But we didn’t hide the failure – we scrutinised it. We discussed it. And from that analysis we made one small change. Instead of going to visit the schools, as we had on Mafia Island, we got the schools in one area to come to us. This made three big differences: firstly, it was so much more time-efficient getting lots of head teachers in one place; secondly head teachers were now meeting with their peers and we had their full attention; and finally, and probably most importantly of all, who was going back to the community inspired to share their new knowledge of these wonderful solar lights? Not an employee from SolarAid but one of the most trusted people in the community – the headteacher. The teachers told the children. The children told their parents, and solar light sales in Tanzania, from that moment on, went exponential.

That was from one small change. So, you see the line between success and failure can be small. “Fail – learn – leap” I gather is a mantra used by Apple. In an interview back in 2013 Sir Jonathan Ive, designer of the iconic iPod and iMac, said: “We shouldn’t be afraid to fail - if we are not failing we are not pushing”. I have always felt SolarAid shares that mindset.

So back to that major gift. We now had permission to fail from the donor. Which gave us even more courage. After the first year we sent a report to the donor. The difference to the usual donor feedback was this was a failure report! The result was a repeat major gift.

Jump ahead to 2016 and one of those ideas has led to a breakthrough. One that could be a game changer. The concept of the idea was: could we sell a solar light in instalments, i.e. pay as you go? SolarAid's approach is to sell solar lights at a fair market price, even though it is a charity, as it spreads quicker and is more sustainable and cost-effective than aid handouts. As a 'customer', rather than a beneficiary of aid, people have a right to warranty. It puts power in their hands.

Most other organisations were developing higher-end solar systems that gave them a high margin and could light a room. These systems could cost $100 or more and needed paying over a year. Even monthly payments were beyond the reach of those living close to the poverty line of $1.5 a day. We focused instead on smaller, entry-level lights that cost around $12-$15. If families could pay for these lights in instalments, they would be far more accessible.

Figuring out a scalable approach to selling small solar lights is not easy. To begin with, how can you be sure people will pay the instalments? How would you collect the payments? Taking our learning from trials in Kenya, which helped develop the technology and, equally as important, the process, we ran a pilot in Malawi in 2015. Malawi, by the way, is one of the poorest countries in Africa. The approach has even made BBC news, billed as “Pay as you glow”!

Now, someone in Malawi could 'buy' a solar light for a few dollars. This would activate the light for a period of time – say a few weeks. And every few weeks, from the savings they may have made from no longer using kerosene or candles, they could pay another instalment that would continue to activate the light. When they had made all the payments, the light was theirs to keep and the light worked as normal. It was a way to give people credit who do not have a bank account. The result of the pilot in Malawi? A less than 1% default rate. That’s unheard of.

SolarAid is now looking to use this approach to enable families to buy solar lights that also charge mobile phones – which are used widely (for example by farmers to get the prices of goods and produce selling at the local market). And others are following their lead.

And now, the UK government’s Department of International Development is helping SolarAid scale this programme up. So, it’s been possible to leverage further significant funding now there is evidence. But it wouldn’t have happened without that initial ‘failure donation’ that allowed us to try something different.

Make failure part of your repertoire

The initial donor not only provided SolarAid the funds – they gave us permission and courage to do something we might have struggled to do without their blessing. All too often funders attach strings to what you do and the ‘success’ they expect. If you have an ambition, an impossible dream, then surely failure should be part of your repertoire? If it was easy, then someone would already have solved the issue you are focused on.

These donors exist. They may be the exception, but they do exist. They understand that many business ventures have several false starts on the road to success, and failure is an important part of that journey. Perhaps they are the exception because we do not seek them or ask for funds for failure.

So, what are the elements that you need to attract them? First you need trust that your mission goal is genuine. And it needs to be ambitious, so to achieve it you will need to ‘fail, learn, and leap’.

The very act of stating an ambition will get a donor to ask, “how will you achieve that?”. You don’t even need the answers. That’s the point of trying something which might fail to give you that breakthrough. That’s the difference a donor can feel they will bring.

Finally, you need a culture in an organisation that embraces failure – many, most I would say, hide it under the carpet. Yet we need not. I have spoken to major donors who are suspicious about the way charities always talk about success. We are after all tackling huge social issues, so almost by definition they are difficult to solve, and failure is therefore likely!

Of course, failure funding is not new. Did you know the RAF Spitfire was considered a failure and rescued by a donor? The government of the time pulled the funding during the Great Depression in 1931. An individual, who was an aviation champion and suffragette, by the name of Lady ‘Poppy’ Fanny Lucy Houston donated £100k (approaching £4m in today’s money), to keep research going into the Spitfire’s predecessor – the Supermarine S6. At the time the Spitfire was considered radical as it fired directly forward, so to aim at a target, the entire plane needed to change course. Even Churchill favoured focusing efforts and money into building a fighter plane with a turret (the much forgotten Boulton Paul Defiant) instead of the Spitfire. A civil servant decided to bypass the regular commissioning process and order the new plane as "a most interesting experiment”. Had Poppy not stepped forward with her donation the Spitfire, which had a huge impact on the battle in the skies, would not have been created. She was suitably nicknamed 'the mother of the spitfire'.

Such donations should not be extraordinary moments for a fundraiser. Failure should not be something we are afraid to speak of. It should be part of what we sell.

A fundraiser’s role is not just about raising money. It’s what you do with it that counts. A fundraiser can play a key part in securing funding that allows your organisation to do work it would otherwise struggle to – that could be a game-changer. Isn’t that what we get out of bed for?

Richard Turner is former chief fundraiser at SolarAid (2011-2016) and a fundraising practitioner. Richard blogs and tweets as @ifundraiser 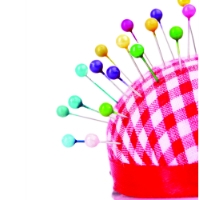 5 ways to make sure your funding applications aren&rsquo;t rejected 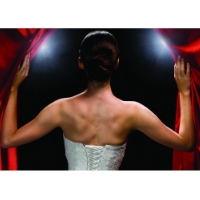 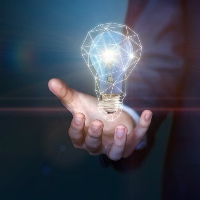 Unicef: the future is digital for legacy fundraising