Despite recent steps in the right direction, fundraising is still overlooked as a credible career choice, and many aren’t aware the option even exists. Fundraiser editor Jenny Ramage investigates.

Alfie Wright, individual giving officer at Terrence Higgins Trust, took a rather unconventional path into a fundraising career - straight from university. Alfie says that while he knew from quite early on that he wanted to work in the charity sector, “before university, I didn’t even know that fundraising was a viable career option”. In fact he only discovered it in his third year of study, when he completed a short internship at a small social enterprise.

Lack of awareness of fundraising as a career is common, and could explain why most people enter the profession in a more roundabout fashion, tending to fall into it from other areas. Lucy Caldicott, fundraising director at CLIC Sargent, moved over to charities from the business world. Her first job when she left university in 1990 was as a graduate trainee at American Express. “I did a degree in languages and wanted to do something vaguely international, and the opportunities I could see at the time were all in business.”

Lucy worked for AmEx on a variety of projects and placements, ending up in the direct marketing department where she was responsible for customer acquisition and retention. “I was using very similar skills to a marketing department at a charity - such as measuring results focused on profitability. These skills transfer very nicely into a charity fundraising role.”

So why and how did she make the transition? “I started working as a volunteer at Save the Children, doing one afternoon a month in their corporate partnerships team. I researched some different business sectors for them and presented my findings, and that’s where my interest in a charity career really started. I began applying for jobs, and eventually landed a permanent role in the corporate fundraising team at The Prince’s Trust.”

Looking back, Lucy says, it wasn’t obvious how you got into fundraising. “You didn’t have the graduate schemes in charities that were commonplace in companies, for example.”

Then and now
Much has changed since the early 90s. The Institute of Fundraising (IoF) is a lot more developed than it was 20 years ago, with its current training programmes providing a fairly structured pathway into the profession. Meanwhile, charities themselves have got better at structuring their volunteering and internship schemes.

Sadly, though, lack of awareness of fundraising as a career still pervades, according to those who entered the profession more recently. “I got into it completely by accident”, says Lisa Clavering, supporter retention manager at Breakthrough Breast Cancer, who got her first charity job in May 2012. “On graduating, the first job I found in the paper was telephone fundraising at Pell & Bales, and it went from there. I would never have known it was a career otherwise.”

It’s a similar story for Jemma Saunders, fundraising & income generation manager at Age Concern Hampshire. Jemma had no idea what she wanted to do when she graduated from university with an English degree. “I temped for two years for an agency, and I worked in all sorts of places, from a call centre to a saw mill. Then I got placed in an admin role for a couple of weeks at Refugee Action, and absolutely loved it”. Jemma then started actively looking for permanent charity admin roles, and got a job as a fundraising coordinator at Oakhaven Hospice, “doing a bit of everything”, from events to legacies to supporter recruitment.

“If I hadn’t been placed with that charity, I wouldn’t have been aware that fundraising was a viable career”, she says. “It never came up at careers fairs or in job alerts, and I never had a conversation with the university careers advisers about it.”

Gradually moving forwards
Some universities, however, are beginning to take fundraising careers a bit more seriously, with several now offering courses or modules in charity marketing. There also now exists a specific charity sector graduate programme, run by Charityworks, which offers graduates a structured programme of work experience at various charities over the course of 12 months. Since launching in 2009, it has grown from a partnership of six charities to a network of more than 50. “I think Charityworks is a really good example of the sector being more responsible in terms of giving people a chance”, says Alfie. “Plus it provides good-quality candidates at a trainee level.”

But Alfie thinks a lot more could still be done to raise awareness - particularly before and during university. “We need more basic resources to answer questions like: What is fundraising? What does being a professional fundraiser mean, what qualifications are out there? We need to increase awareness of what fundraising involves, and what skills it requires.”

Alfie thinks that if the IoF presented at the careers fairs, it would help close the awareness gap. Indeed this is something the institute is considering - along with the possibility of applying for chartered status, which Alfie thinks “would definitely make a big impact on helping fundraising to be viewed as a credible career path”.

Lisa would like to see some of the larger charities ‘team up’ to offer taster schemes - a day in each department, for example. “There’s such a range of fundraising roles in the sector, and all the different areas align with really different skills. I’d like to see charities offer snippets, so people can really understand what skills they need and what they are buying into.”

The way in
Once you’ve got it all sussed out, there is then the challenge of finding your entry point into the profession. While those who move into fundraising from another career are likely to already possess many, if not all, of the requisite skills, those new to the jobs market are often left floundering.

“Without prior charity experience, the entry points are limited”, says Alfie. “Generally - and especially in London - there aren’t that many entry level jobs, and for the few there are, the demand is huge.”

Interning, says Alfie, is a good way of gaining the experience charities look for when recruiting. But he thinks the system needs an overhaul. “Charities need to understand that not everybody can afford to do an unpaid internship. The system has to be looked at and made fairer”.

In the meantime, what are some more viable options? Jemma advises doing some volunteering alongside your paid job. “You’ll get practical experience of working in a charity, and can start to build a track record.”

Lucy’s advice is simply to “get out there and do some fundraising. We can all do a cake sale, put an event on, or marshall some friends to do some volunteering. It will give you some really useful practical skills and experience to talk about. It will also tell you whether you like it or not!”

Even with this kind of experience under your belt, you cannot expect to go straight into a fundraising role at a charity - nor is that necessarily the best option. Jemma suggests aiming for an administrative role in the first instance. “It’s an entry level job that gives you a really good overview. It’s how I started, and as a first charity job it was perfect - it gave me the opportunity to learn about how the whole organisation works. You gain such a breadth of knowledge, and an understanding of what area you might want to specialise in.”

Alfie thinks that for entry level roles, you’re best off aiming for the smaller charities. “I found that starting at a smaller charity really helped in terms of my becoming a fundraiser. It gave me a really broad view of what all the different areas of fundraising are, and I was given opportunities to take on my own projects. I don’t think there are as many opportunities to do that at the larger charities”.

Get talking
Lisa’s advice is simple: “Just talk to people. Seek out people with similar interests and who work in similar areas.” Social networking is a fantastic resource for getting started, she says. “I know hundreds of fundraisers on Twitter who are willing to give their time and expertise, who are happy to chat with people online, or through informal mentoring meetings.”

Thanks to social networking, we now have easy access to a world of information, support and experience that simply wasn’t available in the 1990s, when Lucy began her career. “Hopefully people have more awareness now than I did back then of charities being a possible place for a career”, she concludes. But with fundraising still missing from most careers brochures, it’s clear there is still a long way to go.

For informal support in getting started on a fundraising career, join Alex Swallow’s group on LinkedIn, 'Careers in the charity/nonprofit sector'. 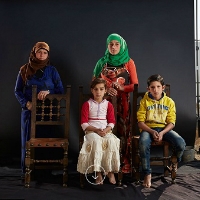 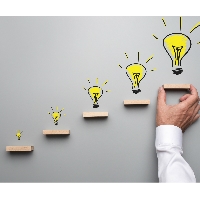 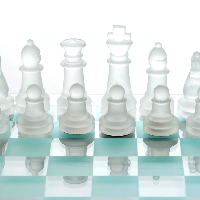