Fundraising on the frontline: a top chugger tells all

Fundraising on the frontline: a top chugger tells all

James* ‘chugs’ for a major UK charity. He is one of their best street fundraisers, recruiting between 12 and 15 direct debit supporters a day. He tells us what he’s learned on the job.

I can talk about my charity’s cause with genuine passion. I’m deeply connected to the cause I work for, and I do this job because I love the charity. In fact, while there are loads of other great causes out there, I don’t think I could fundraise as effectively for another charity simply because I don’t have that personal connection with them, or the same passion for the cause.

As a street fundraiser, it’s your job to inspire people, to instil passion in them. If you have no passion for the cause yourself, it will show through, and you’re not going to get good results.

You have to treat every person you encounter as an individual. I think this is the number one most important thing. When someone is standing in front of you, you never know what their personality is like, what their personal situation is, and what they might be able to offer the charity. We fundraisers are not just a lanyard with some branding on it, we are ourselves - and it’s the same with the people we’re speaking to. You have to understand and respect where they’re coming from as individuals.

The biggest mistake I’ve seen other fundraisers make is in their objection handling. I’ve witnessed situations in which a street fundraiser is talking to someone who seems convinced the cause is a worthy one, but is unsure about whether they can or want to support it financially. The fundraiser will then say: “oh come on, it’s only two pounds a week, you’ll hardly notice it”. I think this is incredibly rude; you don’t know the financial situation of the person you’re standing in front of, you’re in no position to make comments relating to their earnings and it’s unfair to assume that £2 per week isn’t a big deal for them.

I try to get people on board, not their wallets. I think it’s really important generally for street fundraisers to shift their mindset away from just getting money out of people - especially if you want to keep their support long term. It’s people power that can make a positive impact for a charity first and foremost. A solution is often more about getting people to stand united in order to eradicate poverty or stop child abuse or protect the environment, than about mindlessly donating a tenner a month. In this regard, I actually think it’s better to have more people giving less money, than fewer people giving more.

It’s infinitely better to motivate someone to give, than manipulate them. While I always try to explain (clearly and transparently) how we make people’s donations work for us as much as I can, I will never push someone into something they are not wholly understanding of and/or connected to, as that’s not being respectful of their individuality.

Some people simply won’t be comfortable handing over their bank account details on the street. You can explain to someone how a direct debit works, and try to make them feel more at ease, but you should never make them feel bullied, pushed or manipulated into handing over their details. They will go away feeling uneasy, and unsure about the charity, rather than feeling excited and inspired.

I don’t let negative responses get me down. If I’ve spent time explaining things and someone still doesn’t completely trust me, I don’t get offended or downcast. I know that by virtue of speaking to them about the cause, I’ve helped to raise awareness for it. They may not have handed over their bank details to me on the street, but they might go on to sign up online, you never know.

I focus my thoughts on the amazing people I meet, the ones who are really turned on to the charity and who really want to support it. That guy who swore at me before? He’s not going to remember me in 15 minutes’ time - so I don’t waste my time thinking about him.

*not his real name 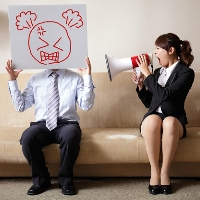 Charities and agencies &ndash; how to form a perfect marriage 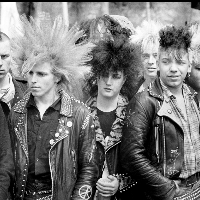