The report, written by professor Cathy Pharoah at the Centre for Giving and Philanthropy, Cass Business School and sponsored by M&G Investments, comes at a time of challenge to the sector: falling government budgets and restrictive legislation towards the sector’s core advocacy activities are being compounded by revelations of internal governance and management weakness.

Despite the current difficult climate, total voluntary fundraised income for the top 100 fundraising charities in the UK reached £5.6 billion in 2016/17, which is the highest point for five years in terms of value, although the lowest in terms of annual growth rate. This represents a small 1% increase on last year’s fundraising income; although this is marginal, the maintenance of the top 100’s income was entirely due to fundraising.

The also report finds that high-performing charities have continued to do well, as nine of the top 10 charities consolidated their positions as leaders in fundraising in the 2016-17 financial year. And although by only a slim margin, overall income for the top 100 fundraising organisations has grown by 0.7% since 2015-16.

The report also finds that the top fundraising charities are working hard to plug the gap left by statutory funding, which fell by 1.7% in the last year alone. Income from charitable activity similarly fell by 2% compared to 2015-16 figures. However, sources of income accounted for as ‘other’ saw the largest increase of 3.7% to £1.4 billion. Half of this kind of income represents trading, suggesting charities are boosting their efforts in these areas.

Donations represent the most dominant income stream for the top 100 fundraising charities at 32% of the total annual share, followed by legacies at 15.6%. These results show how important it is for charities to ensure they forge positive relationships with the public, especially given that statutory income is falling, which represented 11.8% of their total income in 2016-17.

The report also looks at the top earners by causal areas and the fastest-growing fundraising charities in the UK, as well as providing an analysis the medium to long-term outlook for the sector.

Charity Financials is the expert authority on charity financial data and has been tracking the financial performance of charitable organisations in its series of Spotlight reports for five years. The Spotlight report series are free to download and aim to provide charities with sector-specific financial data to help them make better informed decisions. 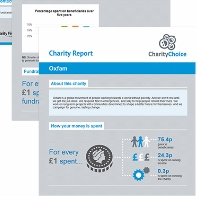 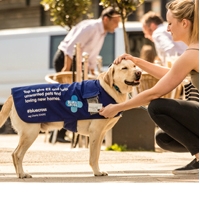 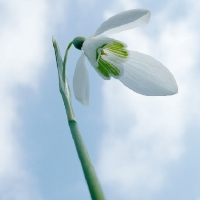