With the right corporate partnerships in place, even the smallest charity can fundraise on a global scale – and sometimes the answer might be sitting right next to you, as Katie Alcott discovered

While teaching in India back in 1998, I became very ill as a result of drinking contaminated water. After recovering, I discovered I had a desire to do something about the world drinking water situation, which has been plagued by issues of access, contamination and the privatisation of water across various continents.

Most of FRANK Water’s supporters, partners and fundraisers have become involved through word of mouth, discovering our work through the core team’s involvement in local events and through volunteers and friends spreading the word.

Always on the lookout for organisations that share synergies, we believe that some of the best collaborations can be found close to home, enabling regular face-to-face contact and creating long-lasting, stronger relationships.

One of FRANK Water’s strongest and most successful partnerships started five years ago, when the organisation was still in its infancy. In 2007, we were based in a large shared office in Bristol, and I often found myself asking the then-small team of ‘Adventurists’, Tom and Dan, how much sugar they’d like in their tea.

Founded by Tom Morgan in 2006, The Adventurists orchestrates some extraordinary adventures spanning the globe. Teams sign up to take part in adventures ranging from the Mongol Rally to the Mototaxi Junket, and are encouraged to raise funds for charities that work in the countries that their adventure passes through.

Tom, Dan and I often found ourselves sharing stories of adventure and studying maps of India together. Thanks to our common interests and our organisations’ synergies, FRANK Water was chosen as an official charity for The Adventurists’ Rickshaw Run in India – an unsupported maniac of an adventure that takes the participating teams wobbling over thousands of miles of ridiculous terrain in an auto-rickshaw.

FRANK Water and The Adventurists could both be described as having a counter-culture mindset. From the start, there has been a mutual respect for each other’s business models, values and start-up successes. We were both youthful, ‘different’ organisations, with a similar target demographic. The Rickshaw Run offered FRANK Water the opportunity to connect with like-minded, adventurous fundraisers who were likely to empathise with our work on a direct level, often having travelled to other developing countries and maybe even experiencing water issues themselves.

Above all, The Adventurists were inspired by FRANK Water’s desire to fund innovative clean water projects. They were able to offer a direct line of sight to projects on the ground, therefore benefiting many of the communities that the Rickshaw Run teams would be passing through.

We started off as one of three chosen charities that benefited from the Rickshaw Run. Over the years the number of Runs has increased from one to three per year, and last year we were selected as the single chosen charity. This is due in part to the popularity of the cause, but also because the cultural fit between the two organisations has enabled a mutually beneficial, symbiotic relationship.

Crucially, The Adventurists take a very consultative approach when it comes to any changes they are considering that might affect FRANK Water. Open, transparent and regular two-way communication has been critical in the success of the partnership, and has allowed us to be prepared and feel supported through any issue we’ve faced.

Learning as you go

There certainly have been some challenges. The administration required in relation to the partnership is quite significant. Keeping track of all the donations is a time-consuming job, but it’s one of the most important: donations come through a variety of methods and have to be allocated properly.

We’ve also found the need to have robust filing systems in place, to help us keep on top of all the fundraising and reporting which takes place at various stages in the life-cycle of an event. With three events a year and the funds for each one crossing over, close assessment of the financial reports from online donation portals, two bank accounts, CAF cheques and personal cheques is crucial.

Over the years, the Rickshaw Run has become increasingly international in the fundraisers it attracts. This is a fantastic achievement, but one that has created its own challenges. All the teams involved would like to give as effectively as possible, but as FRANK Water is not a registered not-for-profit in the US, the teams find it very hard to raise funds through corporates due to funds not being tax deductible. It also means FRANK Water doesn’t receive the added benefit of Gift Aid from the international teams.

In order to mitigate this, we are trying to find a partner organisation in the US that is willing to facilitate the acceptance and onward delivery of funds. In the meantime, teams often arrange to donate directly into our UK-based, US$ account, which is the best solution we can currently offer. Sometimes you have to do your best with the resources you have available at the time.

FRANK Water has always tried to offer as much support as possible to the teams, some of whom don’t immediately connect with our work or the fact that they are required to raise a minimum of £500 before fundraising for their own choice of charity. However, we’ve found that by putting time, energy and the right balance of persistence and support in place, it is relatively easy to show them why The Adventurists have chosen us, due to the link with India and the critical water issues there.

Significantly, we find that the largest proportion of funds is generated while teams are actually on the event, and in the three weeks afterwards when they can speak about the cause with conviction, having witnessed first-hand the water issues in India and so developing a tangible grasp of the importance of our work.

The partnership has so far generated over £500,000 – an incredible amount of funds for such a small charity. The average raised by each team is in the region of £1,000 with the top three fundraising teams usually raising over £3,000 each. The top fundraising team ever raised a whopping £8,759. And because of the minimum £500 that each team has to raise, we know we’ll always receive a minimum amount per event (£35k), which means we’re able to plan our year’s work well in advance.

The partnership has raised the profile of FRANK Water considerably, not just in the UK but globally due to the international teams taking part. Our profile has also grown within India, with the rickshaws sporting the FRANK Water logo and the teams talking about our work as they travel through the country.

The reach is phenomenal, with over 70 international teams taking part, all fundraising and spreading the word of FRANK Water. It has even led to teams deciding to fundraise for us in other ways, and several long-term partnerships have developed.

Going forward, the partnership aims to fund even more clean water projects in India. Together with The Adventurists, we’ve been able to develop a team and supportive network of specialists who can advise and help develop our innovations lab, which will fund new pilot projects that are at the cutting edge of clean water provision.

Katie Alcott is the founder and managing director of FRANK Water

This article first appeared in The Fundraiser magazine, Issue 15, March 2012

The 6 ultimate elements of a successful fundraising partnership

1. Make sure communications with your fundraising partner(s) are regular, open and transparent (face-to-face is also key).

This will foster a greater understanding between the organisations and therefore the relationship will be more mutually supportive should issues arise.

2. Just because you are the chosen charity, don’t take the fundraising for granted.

The support and journey that you offer fundraisers offer is critical in developing strong relationships and in creating long-term supporters.

3. If you are involved in multiple editions of an event, it is worth taking time to monitor the fundraising statistics, mainly using the data from online donation portals.

We’ve found that donations peak at certain times, and this knowledge helps us to formulate the most supportive timetabled journey and deliver the most useful information and encouragement at key times.

4. Make sure from the start that you are fully aware of everything that is required of you.

Find out from your partner(s) what they expect you to do in return as early as you can. The Adventurists expect us to deliver regular totals and reports, be present at any UK-based events in the run-up to an event and, where possible, have a representative at the start or finish of the actual event in India, among other things.

5. It doesn’t matter how well you get along with a company or what synergies there might be between you if you aren’t able to meet their partnership criteria.

A company may not be able to help a charity, for example, that it considers is overstretching itself and is therefore unable to meet the needs of the donors and partners.

6. Remember that the individual fundraisers might expect different things. Where multiple stakeholders are involved (The Adventurists and each individual Rickshaw Run team member in our case), it is crucial that they are all taken into consideration. Even if the partner asks only for an annual reporting structure, you are likely to get individual fundraisers asking you on a regular basis what you’ve spent the money on and you’ll need to answer that as best you can. 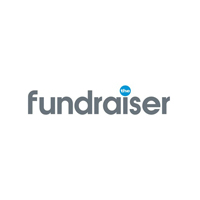 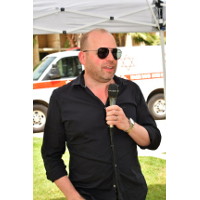