Recently on The Fundraiser, we ran a two part focus on transparency in the sector (you can read part one and two here), asking why charities aren't being more transparent about their spending, and explaining how charities can add context when they get started on the road to transparency.

Now, in an effort to help clear up misconceptions about how charities spend their income, Charity Choice has released free financial reports on the top 10,000 UK charities (by income), which are available to download via charity profiles within the directory.

The reports have been developed to provide more transparency in the sector and improve public perception of charity spending. The aim is to help potential supporters better understand how charities use their income to help beneficiaries and keep the charity running. The reports also dispel myths about how much money is spent on admin, and highlight the impact fundraising makes on the organisation by showing the amount raised per £1 spent.

Charity Choice are encouraging all charities with reports to get involved in the project. To this end, each report has the functionality for the charity to add comments to their figures. This gives charities a unique platform to directly communicate with potential supporters and explain why they need to invest in vital fundraising and administrative functions that ultimately help to better serve beneficiaries.

Tanya Noronha, publisher at Charity Choice, said “We noticed that there have been a lot of questions in the media this year about how charities spend their money, with plenty of opinions being offered but not much hard evidence. Understandably, people want to understand how much charities are spending on beneficiaries, so we wanted to provide them with some real answers.”

“The reports should help to explain why charities do need to spend some of their income on things like fundraising and admin, as these functions keep the charity going and in the position to continue helping their causes into the future.”

“We wanted to stand up for charities and help them demonstrate that a huge proportion of their income does go directly towards the causes they serve. These reports also give charities a platform on which they can communicate with supporters to explain why they need certain running costs, and the difference that all donations really do make.”

The financial information in the reports has been directly sourced from each charity’s filed accounts, provided by Charity Financials. The reports answer the often confusing question of how much charities really spend on admin and fundraising, but also explain why these things are still vital to the work of charities.

Each individual report shows how much the charity in question spends on beneficiaries, fundraising and admin per £1, with further details including how much every £1 spent on fundraising returns in income for the charity, and what the charity’s income trends look like over the past five years. It also benchmarks the charity’s spending compared to the rest of the sector.

Charities can check to see if they have a report by searching for their charity profile. They can get in touch with Charity Choice at enquiries@charitychoice.co.uk if they would like to add their own comments. 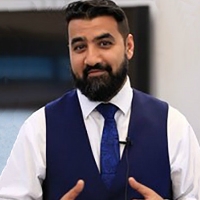 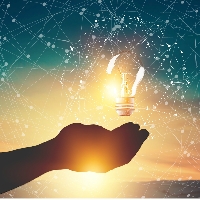 Why do charities struggle with tech &ndash; and where can they get inspiration? 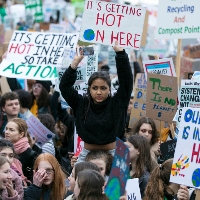