Doug Thomson, director of campaign and alumni relations at the University of Nottingham, talks to Jenny Ramage about the challenges of higher education fundraising

You’ve just taken up a post as director of campaign and alumni relations at the University of Nottingham. What made you decide that this was the role for you?

I know the university very well; I studied here and I’ve worked with the university in various ways over the last eight years. I’ve always been impressed by the university’s commitment to philanthropy, and how it has nurtured its relationships with grantmakers. Its approach to donor stewardship is excellent; the university welcomes donors' involvement and really goes the extra mile in engaging them and reporting to them on the work.

How has higher education fundraising developed over the last few years?

It’s a growth sector. It’s improving all the time and becoming more embedded. For example, most people at Nottingham are aware of the campaign, and of the role philanthropy plays generally in the life of the university. If you went back 25 years, there would be very few universities with a developed fundraising section. Today, higher education fundraising is becoming more sophisticated and increasingly connected to the core business of the university.

What is the biggest challenge for higher education fundraisers, currently?

It remains a challenge for those in the HE sector to convey the message that universities are charitable. Not only that it is a worthwhile cause in itself, but also the sense that the university can help donors meet their objectives and support causes close to them such as cancer research, the local community or the developing world. Within the university, a key theme is to engage more with staff, students and alumni so that philanthropy is truly seen as integral to our everyday business.

How is the team innovating?

We are forming some interesting partnerships with some of the mainstream charities in our areas of common interest - not just in funding research, but also in fundraising. We’ve worked closely with the Stroke Association and the Brain Tumour charity, for example.

What can the higher education sector learn from mainstream charities?

I think the different fundraising sectors can learn a lot from each other. Traditionally, universities have been very strong in fundraising from high-net-worth individuals and trusts and foundations, and less strong on the community/mass market side of things. But now we’re developing a new supporter engagement strategy, which involves bringing expertise in from other fundraising sectors in order to inform the work we do. We’re also recruiting a community fundraiser who can lead on some of our projects in the local community.

In its ability to fundraise from its alumni, what’s been the fundraising team’s greatest discovery?

We’ve realised that it’s about keeping the university relevant for our alumni. It’s a very holistic thing, and it rests on changing the nature of the relationship we have with our students who go on to become alumni - for example, we want to be able to offer lifelong career support to graduates.

What is the university doing to bolster relationships with trusts and foundations?

Like most research-led universities, we have a very vibrant community of researchers who seek out grants from the charitable grantmakers, alongside research councils and other funding bodies. But we also now have a dedicated team within the campaign office that focuses on trusts and foundations. We are engaging much more with grantmaking professionals, trustees, and donors, and sometimes we’ll get together with groups of trusts and foundations that share an interest with us. We’re spending much more time on this area, both here and internationally.

How important is it that the heads of the university are seen to be actively involved in fundraising?

It’s essential. Our vice chancellor is extremely active in fundraising – for example each summer he and other colleagues take part in the LifeCycle cycling challenge to raise money for one of the university’s projects. He and the other university leaders get the message across to the students and alumni very well - and it’s much more than signing off on newsletters, it’s about face time. They make sure they spend time with everyone, from students to volunteers to major donors.

Firstly, I don’t believe any fundraiser should claim too much credit for the gifts that they secure. Fundraising is about bringing people together. For example, I was involved in helping the university set up Nottingham Potential, a major project which connects the university to local schools and to an innovative national charity, in order to support educational attainment and open up the pipeline for people from non-privileged backgrounds to make it to somewhere like Nottingham. I’m pleased I was able to contribute to the thinking behind that programme, although the hard work is in actually making it work on the ground. 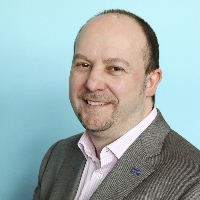 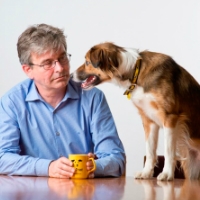