While we’re busy getting to grips with all these fundraising regulatory changes, let’s not lose sight of understanding what drives people to give in the first place. We must continue to focus not just on what we’re being told to do, but how we can do it effectively.

At the vanguard of the search for supporter engagement are the behavioural psychologists. Continual testing is yielding breakthroughs in the science of giving behaviour, and these new and crucial findings will play an important role in enabling the sector to adjust.

Identity theory: ushering in the era of the donor

With trust in charities at an all-time low, understanding how to make people feel good about giving has never been more important. However, says Kiki Koutmeridou, behavioural science strategist at The Donor Voice, “I’m afraid to say that despite the increased interest in behavioural science, our sector is woefully behind in its understanding, much less its application.”

With the focus now more firmly on the supporter experience than ever before, one of the most important psychological aspects of giving behaviour, says Kiki, is donor identity – yet, she says, it’s the one that is also the most overlooked. “Charities should make an effort to discover their donors’ identity and then build a communication programme based on them, and not around acquisition methods or any other meaningless segmentation.”

“At the core of what we’re trying to do is to make donors feel better about their giving, by meeting their deeply held needs”, said the pair. “This work, we hope, will feed into best practice for fundraisers. And if we can make people feel better about giving, we believe that we’re less likely to see a repeat of the negative publicity that fundraising has received over the past 12 months.”

“The findings showed that when talking in the longer term, talking about the impact on friends and family appears to be particularly effective. This may be because when thinking in the longer term, people are aware of their own mortality, and therefore, they feel the need to connect with other people. This connection can help them achieve symbolic immortality: a deeply held need to live on in some way after our deaths.”

“This result is definitely one of our favourites this year. Legacy fundraisers need to understand how people feel about mortality and how legacy giving can help them feel better about it. Our results enable us to understand more precisely what drives a rather complex donation decision, i.e. legacy giving, by conducting rather simple, yet theory-driven field experiments. In doing so, we will be able to offer fundraisers deep knowledge about how their donors think and feel about giving, and allow them to think in a deeper and more precise way about how they approach legacy fundraising overall.”

Behavioural science has a big role to play in finding ways to mitigate the impact of changes in fundraising regulation and practice. One example is the new regulation that demands unambiguous and explicit opt-in consent to fundraising communications. “When the announcement was first made, I was immediately intrigued”, said Kiki. “We don’t need behavioural science to teach us about the power of the default. We all know that an opt-out is more effective than an opt-in ask. So how could we possibly increase opt-in responses?”

Kiki explains that from a behavioural science perspective, this is a very interesting problem – and also a very critical one to charities. “These new regulations could change the world of fundraising, unless charities find a way to increase opt-in rates. This is why my latest research in collaboration with the behavioural science team at City University London, looked into exactly that – and it’s offering leads to a workable answer.

“We now have strong hypotheses on the generic answer, but charities need to test the specifics that are unique to them. We’re looking for in-market participants to test these leads in the field.” (Anyone who would like to take part can contact Kiki at kkoutmeridou@thedonorvoice.com)

Behavioural science can also help us tackle another of the issues negative publicity tends to focus on – overheads. “I find very interesting the reasons why donors react negatively to overhead”, said Kiki. “Overhead aversion decreases giving. Knowing why can offer solutions.”

“A study by professor Ayelet Gneezy found that this aversion has nothing to do with perceptions of the charity being inefficient or corrupt. It is mainly driven by concerns that the individual’s contribution will have a decreased impact."

“Interestingly, it’s been found that people don’t really care about the existence of overhead, as long as it’s already covered by someone or something else. Actually, the number of donations increased dramatically in a condition where a quite substantial overhead existed, but was covered by other sources."

“So, charities don’t need to prove how efficiently they use or distribute money – the typical pound graphic. The answer is quite simple: find alternative ways to cover your overhead, and tell your supporters about it.”

Ultimately, behavioural science enables us to ask the most important question: ‘why?’ As Rachel Hunnybun, development director at Sweetpea Charity says: “In fundraising, the question ‘why’ is really crucial. Why do supporters choose our charity? Why will supporters respond to an appeal? Why do supporters increase or stop giving? The list goes on. Simply putting supporters in boxes, or applying what has worked at another charity, doesn’t quite cut it.

“By taking the time to gain a better understanding of our supporters and to get a sense of who they are, how they are likely to react and how they make decisions, we will undoubtedly have a better chance of developing more meaningful and impactful communications. The work being done in behavioural science is fascinating and essential to help us gain a deeper understanding of what the most effective messages are in the context of our own supporters.

“Testing and implementing these learnings in fundraising communications is likely to improve supporter experience, and ultimately deliver more positive impact for our beneficiaries.” 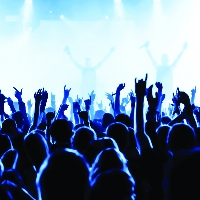 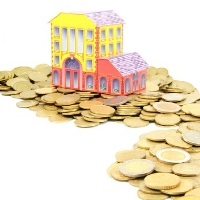 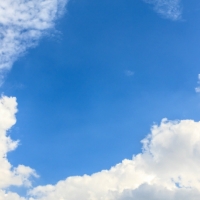