In the fight for airtime and audiences, are charities’ claimed days, weeks, and months as effective as they could and should be? Kirsty Stephenson embarks on a whistle-stop tour of this year’s awareness days to find out.

As I check Twitter on the morning of writing this blog post, I see that International Overdose Awareness Day is trending. A day for remembering lives lost and a re-commitment to doing more. September is Childhood Cancer Awareness Month, focusing on the financial impact of cancer. Over the course of the month, 170 iconic buildings nationally and internationally have agreed to support and raise the profile of the mission by glowing gold.

September, however, is also World Alzheimer’s Month (an international campaign to raise awareness and challenge stigma), Vascular Disease Awareness Month (which hopes to spread the word about those most at risk of vascular disease in order to identify and treat the disease before it is too late), Blue September (Prostate Cancer), Urology Awareness Month and Oddfellows Friendship Month.

There are also a number of other celebratory and awareness raising days and weeks in September – from International Bacon Day to #HVWeek – celebrating the work of health visitors across the UK.

I am overwhelmed by just researching these (and more) let alone finding the time to be interested, donate or even share a simple post. And I haven’t yet touched on the other 11 months of the year.

So what is the point of all of these specially named occasions? Are they just becoming like white noise?

The point is, all these awareness days, weeks and months really are all different – they have different purposes, goals and impact requirements. Some just aim to raise awareness among the public or encourage interest from the media. Take #WorldMosquitoDay – a day marked annually since doctor Sir Ronald Ross first identified female Anopheles mosquitoes as the vector that transmits malaria between humans. Nothing specific happens on this day, but all parties with a vested interest in the #EndMalaria  cause (and other mosquito-borne diseases such as Dengue, Zika and Yellow Fever) have the day marked in their diary (20th August each year) and come together to promote a collaborative ongoing campaign.

Tweetreach tells me that 77,000 Twitter accounts were reached that day this year. Not bad for a bit of collaborative tweeting.

But for other organisations, particularly the smaller charities and enterprises, an awareness day, week or month is a much larger affair – a culmination of a year of hard graft, resource and investment. For example, #ChildSafetyWeek, run by Child Accident Prevention Trust (CAPT), takes place every year in June. With a staff of just four people and activity already building up to the 2017 event, this has become the charity’s flagship event. Some might see this as putting all their eggs in one basket – but for them it really works.

Katrina Phillips, CEO of CAPT, says the charity aims to equip families with knowledge about serious accident risks to children and the simple steps they can take to prevent them. Without Child Safety Week, they just wouldn’t get the media attention that is needed to spread the word and put safety (particularly for the under-5s) on the agenda.

Maximising all your channels

#HVWeek, meanwhile, is able to leverage its communication networks with over 20,000 professionals in the UK to get its message out. Dave Munday, one of the organisers of #HVWeek, says:

“We can use resources like our Community Practitioner journal (a monthly journal that lands on each of our members' doorsteps), email and our social media channels. One of the parallel initiatives that I have designed is #whatisaHV, and this has helped to engage not only our members, but also our #HVweek supporters.

“Over 30,000 people saw just one of the 40-plus #whatisaHV social media memes. This means we’re not just talking to ourselves, but getting that message out to the wider public.”

So, these awareness events can have a greater impact than simply trending on Twitter; they can be crucial in bringing together people, communities, practitioners and organisations that already have an interest in the cause and provide a focus (and often useful resources and event support). There is strength in numbers – media attention and public interest will hopefully spark attention in an audience who may otherwise not have considered the cause.

But what about competition?

One overall challenge in a busy year-round awareness diary appears to be who or what your organisation might be competing with – for example, Child Safety Week runs alongside Carers Week. The two are different, but they are both health-related national causes. Media outlets may chose one or the other for their focus – and relevance to other news might just clinch the deal. World Mosquito Day happened to fight for attention against World Honey Bee Day – Twitter tells me the honey bees just clinched it, with 83,000 accounts reached.

For Dave Munday, competition need not be a big issue. "Often, instead of each organisation vying for the space, they can work together, helping to make sure that each week is successful as this benefits everyone", he says. "For example, in the past couple of months, we’ve been involved with and supported Child Safety Week (led by CAPT), Infant Mental Health Awareness Week (led by PIP UK), and Post-Natal Depression Awareness Week (led by PANDAS).

The importance of planning ahead

Dave’s advice for other organisations thinking of initiating an awareness week is: “Try and give yourself plenty of time. We announced #HVweek in December 2015. It felt like we had lots of time, but now the week is less than a month away, we’re grateful for the prior planning we did. Also, try and involve as many people as possible in your idea early on, give them small tasks to achieve and when they come back with results, use those people as your core supporters.”

He adds: “Be kind to yourself. You might achieve everything that you set out to achieve at the beginning, but whatever you do achieve is better than if you had done nothing.”

Creating a spark that spreads

Of course, it isn’t only charity- and cause-related celebrations that appear in the “World Diary”. Google Doodles have been celebrating events, anniversaries, pioneers, artists and scientists for longer than social media has been relevant. As a member of the general public, I certainly don’t have time to care about all of these causes and celebrations.

But then again, I am not expected to care about everything. I will be attracted to those causes that already resonate with me, or that are important to those close to me. These national (and sometimes international) awareness events are a way of catching all those with a connection in one net and generating a buzz – and you never know, it might just spark the interest of others on the back of it. 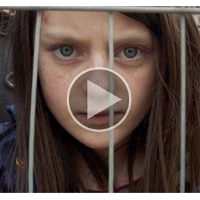 Case study: Save the Children&rsquo;s Still The Most Shocking Second A Day video 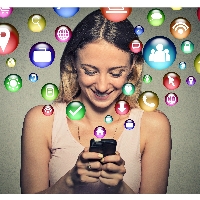 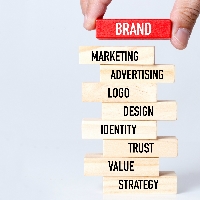 6 ways to create a strong brand for your charity