Are we forgetting the basics of good fundraising?

All Posts
Posted in Ask the Experts General Fundraising

Are we forgetting the basics of good fundraising?

As fundraisers continue to look for the ‘next big thing’, are the basics of our trade in danger of being forgotten?

This worry isn’t new and the answer’s always something of a curate’s egg. But even the more experienced among us will profit from a refreshing visit to the old foundations, once each year at least.

Before rushing off in multiple directions, fundraisers should first ‘learn to make rice’.
Rice is fundamental to sushi, so before an aspiring sushi chef can progress he or she must first learn to make perfect rice, infallibly. So they spend two years just making rice. Nothing else. Sadly, in our ranks, we have no equivalent discipline demanding such dedication to mastering the basics before permission is granted to move on. And our profession can suffer as a result.

I agree we are in danger of forgetting the basics, but it's not necessarily, or only, because we're busy chasing the next best thing. There's a much bigger danger lurking, namely that our grasp of the basics may not be as strong as it ought to be – and we're not doing enough about it!

We must not think fundraising and business have completely transferable competencies. They don't. The key to fundraising success is acknowledging the essential differences, and consequently skills gaps, which must be addressed in the overall team complement or in on-going professional development.

And finally, what's wrong with chasing the next best thing? Nothing, if it's done right. Build and nurture an innovation function in your team, and increase your chances of getting the chase right!

It’s very easy to be sidetracked by the new and shiny but, actually, fundraising is a simple trade and the basics never change.

It’s all about people and the job of the fundraiser is to inspire those people through telling powerful and emotive stories about the difference that their giving makes.

And then, of course, ask for the money! Everything else is just background noise.

This article first appeared in The Fundraiser magazine, Issue 26, February 2013 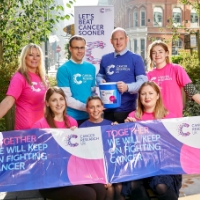 Boost your income with one simple solution 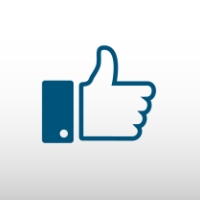 11 ways to generate leads and new supporters on social media 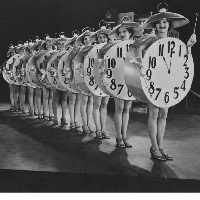 How can &lsquo;wearing a different hat&rsquo; make you a better fundraiser?