A 4 step guide to turning donor objections into opportunities

All Posts
Posted in How To Guides Donor Management & Behaviour Communications

A 4 step guide to turning donor objections into opportunities

In training hundreds of fundraisers every year, I’ve found the most common error in dealing with objections is in our attitude to the objection. When we treat them as a threat, we react defensively and fight the objection – and the donor mentally fights back. In this state, they are almost impossible to influence because no one wants to be wrong.

You will become more confident with any objection when you systematically prepare how to respond. To remember this system, think of the four key elements as the AURA you bring: Align, Understand, Re-frame, Ask.

When faced with an objection, it’s all too easy to react defensively.

One way to tell if you’re defending is if you use the word “but” as in “Yes…but…” Whenever you say this, the other person hears you disagreeing with them.

So what should you do instead? Align yourself with the person who raised the objection. A linguistic trick that helps me is to say “yes…and…” instead of “yes…but…” You do not need to agree with what they’ve said, but you do need to empathise with why they might have said it.

How do you do this in practice? One step is to respectfully hear the full objection or question and the next is to find out from them, nicely and confidently, their reasons for saying what they said. Understand that the objection people raise out loud rarely includes the whole story, and is sometimes not even their main concern.

Until you find out what the true concern is, responding to an objection is bound to fail. It’s like expecting an archer to hit the target while blind-folded.

A good question to ask is: “I know you have reasons for saying that; do you mind if I ask what they are?” Work hard to continue to align with them, as you genuinely listen to their issue.

Then provide a soft bridge to the next stage, (without saying “but”). In Unlimited Power, motivational speaker Anthony Robbins recommends you practise these three phrases: “I appreciate that…”; “I agree that…”; “I respect that…” It’s not that you necessarily agree with what they’ve said, but at the very least you could appreciate either the feelings they’re having, or the intention behind what they just said.

Once you’ve heard the real reason, find ways to re-frame it. You can find ways to effectively re-frame even the most difficult objections if you prepare in advance. With so much at stake, you owe it to yourself to think of quality re-frames before you are in the meeting.

For an awesome masterclass in re-framing, watch Dan Pallotta’s TED talk, The Way We Think About Charity is Dead Wrong. For example, he shows that the default question donors have been conditioned to ask us is: “What percentage of my donation goes to the cause compared to on overhead?”

The frame here is that “overhead”  is evil; it takes money away from the needy. He presents various concrete stories of how damaging this premise can be. Then Dan asks us if we really want our generation’s epitaph to read: ‘We kept charity overhead low’. Or do we want it, instead, to read: ‘We changed the world because we dreamed big and invested in fundraising to achieve those dreams’?

It’s very easy to get caught up in the drama of handling the objection, and then not notice that they’re now persuaded. Your goal is not to debate objections all day; it is to go away with an agreement to next steps towards the deal. So now ask what needs to happen next to make this mutually beneficial partnership become real. The key to this (and all influence in fundraising) is to get utterly certain that the partnership or gift opportunity you are offering is in the company’s or donor’s best interests. Don’t let them down by letting it slip by without being asked for.

Rob Woods (@woods_rob) is an award-winning trainer and coach to fundraisers determined to increase income. 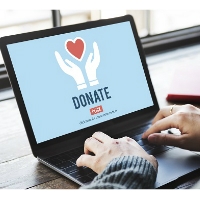 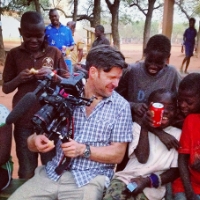