It’s February, a time of hearts and flowers, a time to tell the people in your life “I love you” and to thank them for being special. Valentine’s Day is exemplary stewardship: you invest in relationships which have value to you to make the recipient of your recognition feel valued, and the relationship stronger.

As the dark days of winter recede and we glimpse the first hopeful signs of spring on the horizon, the timing is perfect to reflect on the generosity of our supporters, on whom we should thank, and how. It makes both those doing the thanking and those being thanked happy people.

In the spirit of Valentine’s Day my gift to you, dear fellow fundraisers, is some thoughts on the things I think are important when saying thank you:

1. Spread the love. Do not restrict your thanks to cash donors. Think about the people who support you in other ways too. Thank your volunteers, your colleagues, your trustees, your suppliers and your beneficiaries. They all contribute to the complex ecology that forms your organisation.

Saying thank you connects people, drawing them together into a mutually supportive mesh of positive relationships. Whether it is more donations, better service or greater levels of commitment and motivation, cherishing the people who share your values and goals can only have a positive outcome.

2. Be specific. People should know why they are being thanked, otherwise the thank you becomes a meaningless empty gesture. Be clear why you are saying thank you - and make sure you actually include the words “thank you”. It can be tempting to adopt flowery language in a misguided attempt to ‘big up’ your thanks. Long-winded fluffy phrases distance the reader from the core message – which is simply “thank you”. Consider the two examples below:

“I am writing to express our sincere and heartfelt appreciation of your generosity which has made it possible for us to go ahead with our project.”

“I want to say thank you. Your gift helped seven year old Millie to learn to read.”

3. Be genuine (don’t gush). Being specific helps you to be genuine. It forces you to focus on why the donor’s support matters and what it means to your organisation. Your thanks to the donor develops a ring of sincerity, which is missing when you simply focus on crafting some elegant prose or a careful script. Some of the best thank yous I have seen and heard have come directly from beneficiaries and have an honesty about them that is difficult to capture.

4. Be timely. The positive benefits gained from thanking and from being thanked diminish over time. Thanking someone for their support months after it has been given can lose its impact. If someone cooks you a delicious meal or gives you a lift to the airport you don’t thank them for it six months later – the opportunity for sincere gratitude has passed.

There are two main windows of opportunity to say thank you. The first is when a gift or service is received. The second is when the benefit arising from that gift or service has been delivered. If you are fundraising for a new building and a donor gives you £100, you acknowledge the gift and say thank you. A year later, the building is built and being used, you contact them again to make the link between their gift and this wonderful outcome and once again say thank you.

There may be other times when it is appropriate to offer your thanks: if they give a second gift, if the project they support has reached a particular milestone or they offer support in another way, perhaps as a volunteer. The trick is offer thanks at the times when they are most meaningful to the donor. Don’t fall into a trap of thanking donors on an artificial schedule, such as every six months, and it devalues the thanks.

5. Be creative. There are many ways to say thank you and they don’t have to be expensive or time consuming. Picking up the phone when a donation lands on the desk to say an immediate thank you conveys to the donor how important their donation is. Emailing or texting them a photograph of where or how their support has been used has an immediacy that is compelling. An old-fashioned letter is so much nicer when it is handwritten.

I believe that the best thank yous are the most thoughtful ones, and often the least expensive. To give just a couple of examples, a young fundraiser I know lost his older brother to cancer and raised an amazing amount of money for Bloodwise by visiting all the London Underground stations in a day. He had an adventure and met many generous people along the way. To say thank you, Bloodwise presented him with a photographic record of his trip, personalised and full of shared memories of the day; a thoughtful token of thanks, which he and his family cherish.

I recently donated blood. I was thanked by the staff on the day. I was also thanked by text message. Most special of all, I was thanked again by text when my blood was used and told where and when it had made a difference to someone. I’m booked in to give again.

So, love is in the air. At this time of year perhaps it is time to reflect on who deserves your thanks, and to say thank you and really mean it. Happy Valentine’s Day to fundraisers everywhere. 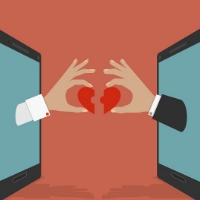 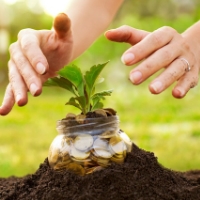 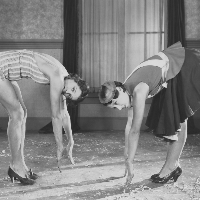 How to train your staff in legacies