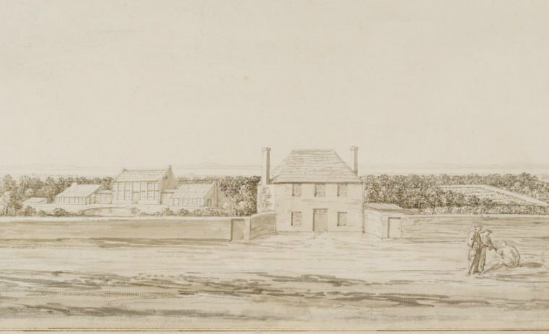 A major project to rebuild the Royal Botanic Garden Edinburgh’s (RBGE) 18th century centre of research and education has been awarded £708,700 from the Heritage Lottery Fund.

The Botanic Cottage is one of five significant natural heritage projects to benefit from £2.78million HLF funding, bringing HLF’s total support for Scotland’s natural environment to over £50million.

From 1764 to 1821, the Botanic Cottage was the “gateway” to the previous RBGE site on Leith Walk. Here, Professor John Hope, a botanist of international renown and a leading character in the Scottish Enlightenment, taught students about the emerging science of botany. The vision of RBGE is for the building, designed by John Adam, to be rebuilt and used once more as an educational facility.

The cottage had been threatened with demolition but as a result of tireless campaigning by the community, led by the Botanic Cottage Trust, it was painstakingly dismantled stone by stone in 2008.

RBGE’s Regius Keeper, Professor Stephen Blackmore welcomed news of the funding and commented: “The support of the HLF, with that of many generous individuals and a number of other foundations, will breathe new life into a building with a remarkable and important history. When the Botanic Cottage follows us to Inverleith, almost two centuries after we moved from Leith Walk, it will become the centrepiece of our rapidly expanding programme of voluntary and education activities helping to transform out public engagement. The award is wonderful news for the Botanics.’’

The HLF award will now allow RBGE to move forward with the final stage of planning and fundraising, to close the final funding gap, before the official project start date in July. Construction work for the rebuild is anticipated to start in spring 2014.

Other projects to receive HLF funding include the woodland regeneration project at The Great Trossachs Forest, heritage skills training on the Forth & Clyde and Union Canals, the preservation of Castle Lachlan and interpretation if its wild landscape, and a new gallery at Our Dynamic Earth celebrating Scotland’s central role in the development of modern geology.

Commenting on the awards, Colin McLean, Head of the Heritage Lottery Fund in Scotland, said: “This year, the Year of Natural Scotland, brings into focus the natural beauty and biodiversity that surrounds us. It is one of our greatest national assets, attracting visitors from home and abroad and making a valuable contribution to our tourist economy.

“However it’s not just visitors that benefit. With a bit of innovative thinking, we can protect our natural heritage in a way that helps people and communities. We want people to have the opportunity to get involved, to have a say in how the environment is managed, to learn new skills and apply new technologies. We want to help ignite passion for our natural world and its long-term conservation.’’

Since its inception, the Heritage Lottery Fund has invested £52.12million in over 310 projects which conserve Scotland’s landscape and biodiversity, from the Flows of Caithness to the valleys of the Tweed.

For further information on the Botanic Cottage Appeal or to donate, please visit www.rbge.org.uk/botaniccottage.