Hospice care for children and young people with life-limiting conditions 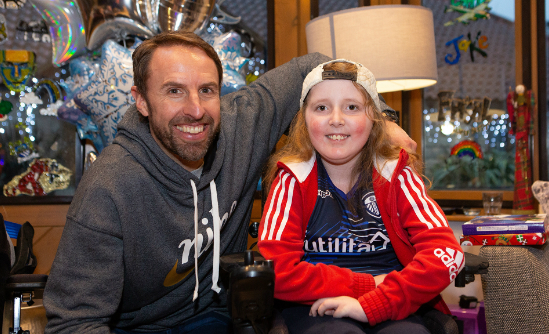 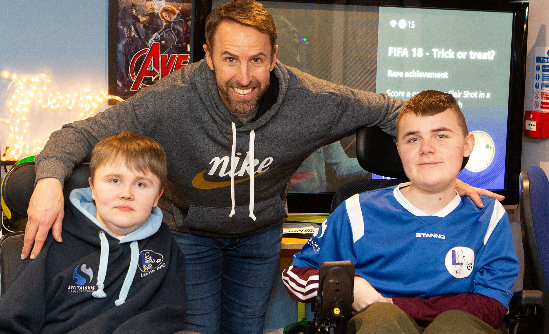 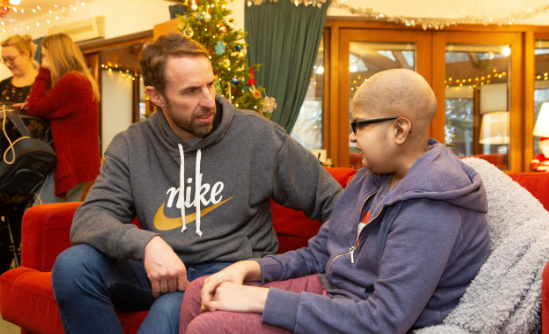 He chatted to wheelchair footballers and football fans who use Martin House during his visit, as well as posing for pictures and signing football shirts and balls.

Gareth said: “Whenever I come here and see not only the enjoyment on the faces of the young people, but also the enthusiasm and pride of the staff, it is such a special place.

“It was nice to hear the young people talking about their experiences of being able to play wheelchair football, because you might think that with some of their disabilities they might not be able to play, but that’s not the case.”

Gareth has been a long-term supporter of Martin House, as a charity local to him.

Clair Holdsworth, director of care at Martin House, said: “It’s been a really exciting visit for all of us. We’ve got lots of young people who play football in wheelchairs, and football is a big part of their lives, so for them to have the chance to meet Gareth is amazing.

“He was so interested and engaged in what they were saying, I know this will be a memory they and their families treasure.”