“We do a lot in the three counties area, and people often like to support their local charity,” said Suzanne Taylor, Assistant Fundraising Executive. “I think they like to feel as though they’re helping their community. All the money raised from this quiz will go directly to help local children.”

Last Friday brought the KidsOut Question of Trivia to Leighton Buzzard for the first time. The event was a sell out and, more importantly, raised more than £1,600 for local disadvantaged children.

The past few years have seen KidsOut increase its involvement in the Leighton Buzzard community, forming a committee and sponsoring local events, such as a craft fair, Santa’s Grotto, and the Santa Dash. On Friday KidsOut CEO Gordon Moulds went to the Leighton Buzzard Connect Business meeting to thank them for nominating KidsOut as their charity of the year, and then on Saturday he attended the Leighton-Linslade Town Mayor’s Charity Ball to accept KidsOut’s nomination as one of the Mayor’s charities of choice.

“KidsOut is unique because even though it works nationally, it’s still really a ‘local’ charity because it partners directly with organisations in each area,” said Stewart Moulds, Head of Fundraising. “That said, since we’re based in Leighton Buzzard and do a lot of work in the three counties area we really want this community to feel ownership of what we do. Even though local individuals and small businesses may not be able to donate as much to our cause as our other partners, their support is invaluable because it builds community and helps share our story with others.”

KidsOut is planning several events in the community with the lead up to Christmas, including a Santa’s Grotto on the main high street (27 and 29 November) and a Santa Dash around the town (28 November). 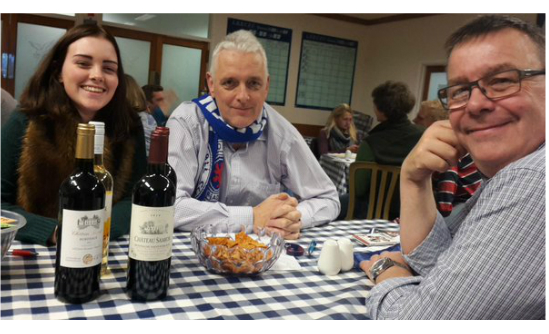