“Residents were very excited to receive the new items and said that it meant a lot to them to be thought about,” said Tina, a refuge worker. “It made them feel that there were people out there who cared about them even though they were strangers.”

Following the success of Toy Fair 2016, KidsOut has launched “Operation Playroom” for refuges in its South East region.  Using exhibitors’ donations to theTrolley Dash at the fair, Operation Playroom matches toys that are too large for the KidsOut Toy Box service directly with refuges who need them, rejuvenating their playrooms and children’s areas.

Operation Playroom kicked off on the 9thof February, with a project worker collecting toys for the Bedford refuge, including a castle, mini kitchen unity, tricycles and an easel. “Everyone was so thrilled and excited with all the new items that we received,” said one of the workers. “One of the mums said to me ‘It makes us feel special and valued to receive these things, please say a big thank you for us.’”

Through Operation Playroom, KidsOut is continuing to meet and coordinate with other groups in the region to provide for their needs. Items still to be distributed include scooters, doll houses and bedroom furniture. 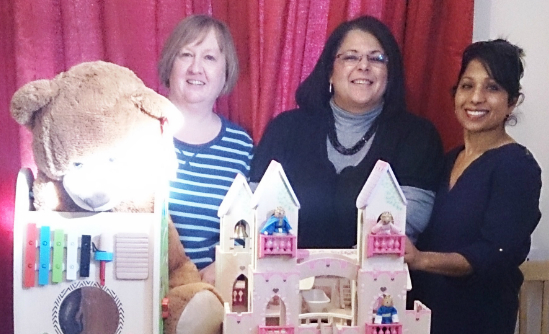