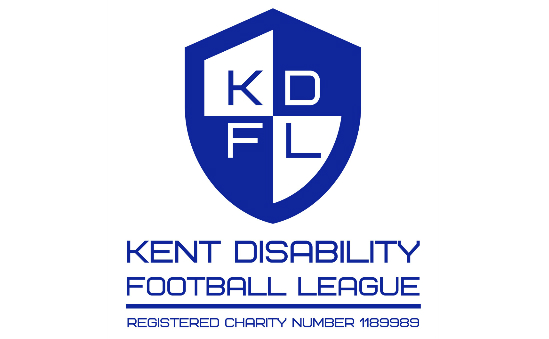 It goes back to 2005, through an initiative between the Kent FA with Paul Dolan acting as disability development officer and clubs which included Invicta Valiants, Larkfield, Charlton and Valance School, also involved was Mike Bishop disability officer for Kent County Council and Alan Milner from the Parents Consortium. The idea was to provide regular competitive playing opportunities for young players with a disability.

The members met at Valance School where at first the meetings were to talk about setting up a league. After a while they were joined by John Harvey representing Bower Grove School.  When finally, things seemed to be moving with the league i.e working out fixtures, the FA stepped in to inform the League that we couldn't play because we had proposed a 4 year age banding to get numbers up to play. The Kent FA couldn't sanction the league without the go ahead from the FA, so it took another year before the FA approved the league as a pilot model.

Prior to this there were only a handful of disability teams across the county who played friendly games, often in one off regional competitions. The League soon established itself and grew at a phenomenal rate, partly in response to the demand for more localised competition. This includes a fully established and every growing adult section which was created in 2009 after a successful pilot competition.

The League is ability banded so players of all abilities can play at an appropriate level based on their skill level and impairment. All the clubs meet once a month at either Play Football in Gillingham (juniors) or The Abbey School in Faversham (Adults) and play all the other teams in their division in a festival like event.

In 2013 it was decided that we could play mixed teams of girls and boys up to and including the Under 16's. Then in 2014 The Kent Disability Football League was granted permission to trial mixed football at ALL ages. On Sunday 14th September 2014, 5 ladies took part in the first round of the adult season at The Abbey School Faversham.

The results of the one day festivals are accumulated over the course of the season to decide the overall winners of each division. The League itself was originally run and administered by the Kent FA but in 2013 all League operations became the responsibility of the new League committee which includes representatives from various clubs within the League. The Kent FA maintains a close working relationship with the League but the creation of the new league committee has ensured the League has long term sustainability.

We have managed to enlist the help of the following to act as ambassadors for the league by promoting us the best they can. Kevin Horlock, Philip Smith, Mike Green, Steve Lovell, Nick Lovell and Darren Young.

In 2020 the league achieved charitable status.

There are over 50 small sided teams regularly taking part in the League making it one of the largest County based Disability League in the country.