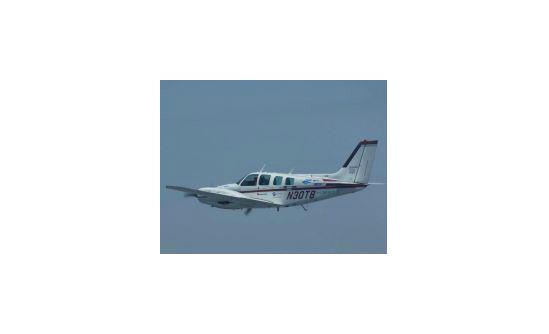 We are pleased to announce that Douglas Cairns, Butch Weaver and Jason Harmon have set a new land speed record from Daytona Beach in Florida to San Diego.

Douglas, Butch, and Jason are the founding members of Diabetes Formation Flight USA and all have type 1 diabetes. Setting off on 26 June, they recorded a flight time of 12 hours, 37 minutes and 58 seconds (which includes two refuelling stops). This is an incredible achievement especially as they were faced with heavy rainfall and storms from Tropical Storm Debby.

If flying through torrential rain and storms wasn’t difficult enough, the three men had the added challenge of performing the flight in a two plane formation, all while trying to beat the world record and managing their type 1 diabetes.

Until 1997, people with type 1 diabetes were prohibited around the globe from flying planes in any capacity due to the perceived dangers of low blood glucose in the cockpit. However, in 1997, the Federal Aviation Administration (FAA) agreed to permit people with well-controlled type 1 diabetes to obtain medical certificates allowing them to fly privately. Eventually, other countries followed.

However, for Douglas, Butch, and Jason, the restrictions and attitudes towards pilots with type 1 diabetes still must be changed. We would like to say thank you to Douglas Cairns for his continued support of JDRF and for being an inspirational role model for children and adults with type 1 diabetes. He has shown that when one door closes, another one opens and even though living with type 1 is difficult at times you can still enjoy the things you love.

Find out more information about the Diabetes Formation flight by visiting the official website.

Alternatively, you can watch footage from the formation flight.